We need to recognize that the war in Afghanistan is not our “longest war”.

President Biden has announced that the US and our allies will leave Afghanistan no later than September 11th, the 20th anniversary of the terrorist attacks on the World Trade Center and the Pentagon. Finally we see the end of our so-called “longest war”.

But there is no such thing. Of course, the “Prime Directive” of US politics, journalism, politics, religion and animal care is “Don’t Mention” The Drug war ” (see: America’s Longest Lasting War: The War On Drugs).

Our drug war actually began over 100 years ago the International Opium Convention.

Ironically, it was signed in The Hague, Netherlands. on January 23, 1912 during the First International Opium Conference. “It was the first international drug control treaty. The United States failed in its attempts to include cannabis in the 1912 Convention. “

In 1937 the notorious Harry Anslinger got Congress to pass the Marijuana Tax Act (see: Harry Anslinger: The godfather of the cannabis ban). It was legally signed by Franklin Roosevelt, and since then almost every president has contributed to escalating violence.

The comparison between the war in Afghanistan and the drug war is particularly appropriate. They even overlap. Afghanistan is still a major source of heroin, but the once famous Afghan hash is nowhere to be found. Surprise surprise!

First, the United States was never officially at war with Afghanistan. In fact, after the slight overthrow of the Taliban terrorists who had taken control, the war was very similar to the drug war in the US and Latin America.

Mexico, Guatemala, Honduras, Colombia, Peru and other barely functioning countries have been destabilized by both the violence and corruption of the drug war. It has also spread to Africa to supply cocaine to Europe. 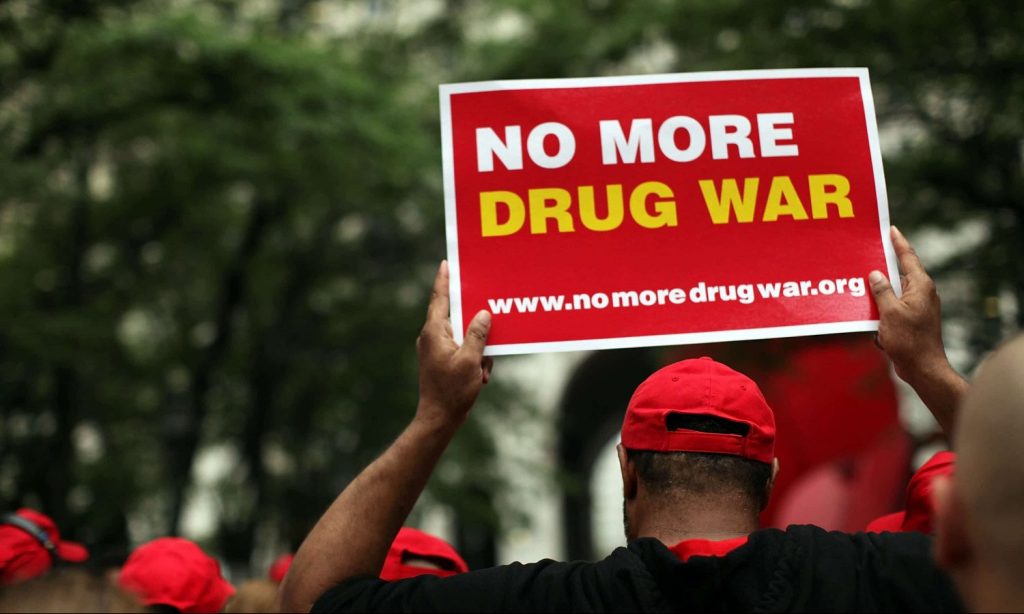 In the United States, the National Guard let themselves be rappeled from helicopters into wild hemp fields, aptly called ditch weed. We have militarized our police force with “surplus war” equipment, even armored cars. We kick in doors and forcibly storm American homes. Just like in Afghanistan.

SEE: Louisville is content with Breonna Taylor’s family ending no-knock warrants, but only in Louisville

It’s still a war, even if the violence is only from one side. In fact, most of the violence in the domestic drug war is simply threatened by the police against peaceful marijuana users. Since the late 1960s, over 22 million Americans have been arrested for marijuana possession. Even now, there are still over half a million marijuana arrests each year, more than all violent crimes combined.

The drug war was like other wars because the truth really was the first victim and the lie about cannabis is still the basis of most state violence in western democracies.

As Patrick Henry once said, “Gentlemen can shout, ‘Peace! Peace!’ – but there is no peace. ”

Richard Cowan is a former NORML National Director and author of The Differences Between Hemp CBD and Terpenes.