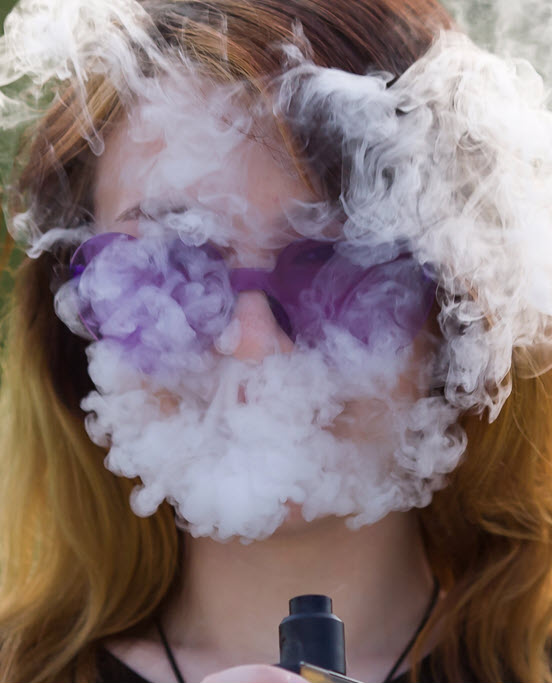 The kids all get stoned myth

A comprehensive national study led by researchers from the University of Michigan found that young people today vape nicotine more than any other substance.

According to Richard Miech, the study’s principal investigator, nicotine vaping has surpassed cannabis and alcohol use among eighth-grade students over the past four years. The Monitoring the Future study, which has been tracking substance use among children and adults since 1975, evaluates how often young people and adults use drugs. In 2022, 7% of eighth graders were vaping nicotine, compared to 6% who had used alcohol and 5% who had used cannabis in the past 30 days.

For the first time, Miech found that nicotine vaping outperformed all other drug use among eighth- and tenth-grade students. The most common substance used by 12th grade students in 2022 was alcohol, and it has been since the Monitoring the Future study began nearly 50 years ago.

In response to the increasing use of e-cigarettes among youth, Joneigh Khaldun, Michigan’s former chief medical executive, announced a public health emergency in 2019. The state then imposed emergency regulations banning the sale of flavored vape, which officials claimed was intended to encourage youth use. Gov. Gretchen Whitmer’s administration created the rules, which was also the first to propose such a program. Similar projects were announced by other states and then-President Donald Trump.

However, Michigan Court of Claims Judge Cynthia Stephens issued an injunction blocking the emergency ban, claiming there was “no real emergency.” She added that A Clean Cigarette would suffer “unique damage to its operations and branding” if the emergency rules were imposed. She also claimed that an Upper Peninsula vape shop would suffer “irreparable damage” if the owner claimed he could lose his entire business.

Nicotine use among young people reached a plateau in 2020. It decreased slightly in 2021 and 2022, along with the incidence of cannabis and alcohol use. According to Miech, the drop happened as students were enrolled in distance learning programs during the COVID-19 pandemic. Miech added that going to school poses a significant risk for substance use. That’s where you can get drugs from your classmates, because that’s where the older kids hang out using drugs and push the younger ones to do it.

Another explanation is that vaping company JUUL has faced criticism from customers for marketing to children. Nicotine vapes used to come in a variety of flavors that appealed to young people, including chocolate, mint, and bubble gum.

Because they appeal to minors, the United States has banned certain cigarette flavors. According to Miech, there were no such restrictions on flavors in vaping devices in 2018 or 2019. Although today you can still find a wide variety of vaping flavors when you walk into a gas station or medicine store, the FDA (Food and Drug Administration) has now attempted to enforce such a ban on vaping products.

According to a JUUL spokeswoman, the company stopped promoting bulk goods more than three years ago. The JUUL statement said that recent federal data (NYTS) showed that use of JUUL as a common brand has drastically decreased since its peak in 2019. This demonstrates real progress in Juul Labs’ ability to improve public health for adult smokers while using data. driven estimates to keep their products away from underage users. Despite this, recent data from Monitoring the Future shows that vaping consumption among teenagers is still high.

According to Juul, the company will continue to work with partners to fight minors using vaping products and protect adult smokers who want a cigarette substitute. Juul Labs has never sold chocolate and bubblegum flavors and currently does not.”

New technologies with nicotine salts, which are better absorbed by the body and have record high nicotine levels, have been developed by popular e-cigarettes such as JUUL. The manufacturer claims that a single JUUL capsule contains the same amount of nicotine as 20 regular cigarettes.

The fruit and other flavors that appeal to young people are available in e-cigarettes and other vaping products. As such, youngsters can use them in public areas where smoking is prohibited as they emit a fruity smell, are also discreet and release an aerosol that dissipates quickly.

Exposure to nicotine stimulates brain receptors, resulting in the brain experiencing reward. These receptors respond to nicotine and other substances and increase their effects. Because the effects of nicotine and other substances are amplified by repeated exposure, adolescents experience greater pleasure the more exposed they are to it. The likelihood of adolescents becoming dependent on these drugs is more likely due to this consequence.

For example, research has shown that among young adults, e-cigarette or cigarette users are significantly more prone to binge drinking than non-users. Recent research has found parallels between nicotine use and other drugs such as cocaine, marijuana and methamphetamines.

While the nicotine burden in the teenage brain can lead to long-lasting physical addiction, vaping has the potential to help adults quit smoking. Additionally, new research suggests that e-cigarettes may have their own health hazards, such as: B. the disruption of the blood vessels of adolescents.

Additional 2022 Monitoring the Future research focusing on youth drug use before and during the COVID-19 epidemic will be published on the NIDA website.