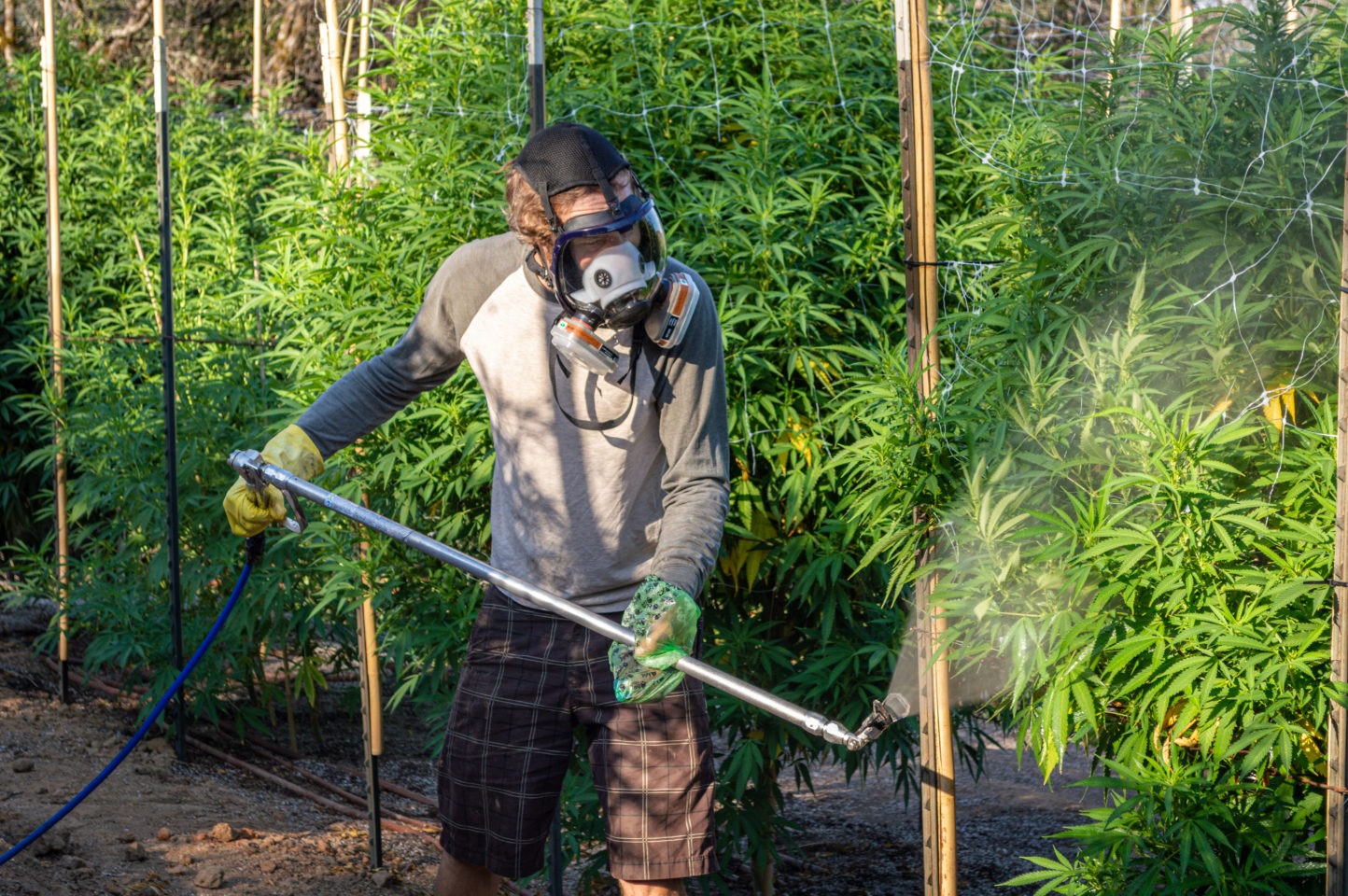 The Nevada Cannabis Compliance Board (CCB) recently issued a public health and safety bulletin on January 19th regarding the use of an unapproved pesticide. “The CCB has been informed that the following cannabis and cannabis products have been treated with an unapproved pesticide, ethephon, at Clark Natural Medicinal Solutions, LLC,” the CCB said in its bulletin.

There are currently no reported illnesses, according to the Bulletin.

The pesticide was applied sometime between July 23, 2021 and January 5, 2023, and the CCB is advising consumers to check the labels on the cannabis they buy (including flower, shake or trim, and pre-rolls). “All cannabis products properly sold by a licensed cannabis retail establishment should have a product label on the packaging,” the CCB wrote. “The name of the grower who grew the cannabis and the harvest date can be found on the label, usually at the top.”

The CCB has also compiled a list of products that may have been affected by the pesticide, including more than 117 edibles, 41 infused pre-rolls and more than 200 concentrates sold in 104 pharmacies.

According to the US Environmental Protection Agency, ethephon was discovered in 1965 and registered as a pesticide in 1973. “Ethephon is a plant growth regulator used to promote fruit ripening, pruning, flowering induction and other responses,” explains the EPA. “Ethephon is approved for use on a range of food, forage and non-food crops, greenhouse nursery stock and outdoor residential ornamentals, but is primarily used on cotton. Formulations include formulation intermediates and soluble concentrates/liquids.”

The EPA also notes that ethephon can cause potentially serious skin and eye irritation, “but is otherwise “moderately acutely toxic.”

According to the Nevada Department of Agriculture, updated August 2022, there are 86 pesticides that are not legally prohibited from being used on cannabis plants. This ranges from minimal-risk ingredients like cinnamon, garlic oil or zinc metal strips to registered pesticides like Myclobutanil, where “tolerance is monitored”.

A judge last year issued a ruling asking that cannabis be removed from the Schedule 1 category of the Controlled Substances Act. In September 2022, Judge Joe Hardy ordered the Nevada Board of Pharmacy to remove cannabis from its current list because the Nevada constitution recognized cannabis as having medicinal value. “The constitutional right to use marijuana on the advice of a physician establishes that marijuana has accepted medical uses and treatment in the United States,” Hardy said.