If science says sativa and indica are the same, do we need a new way to identify cannabis strains?

This is all true – except maybe not as “exactly” as one would imagine.

You see – sativas can generally be recognized by their tall, lanky stems and thin leaf patterns, while indicas tend to be shorter and bushier with thicker leaves.

We don’t actually smoke ruderalis instead of using it for its genetics to create autoflowering cannabis strains.

However, a recent study looked at the chemical compositions of Sativas & Indicas in a world of hybrids – which are the vast majority of the buds in a pharmacy – and found that the differences between plants based on these “observations” simply aren’t accurate.

The main classifications used in the modern language of the cannabis industry are “indica”, “sativa” and “hybrids”. Sativa plants are described as tall with narrow leaves and lower density buds that are said to produce high levels of THCA and therefore have uplifting and stimulating psychedelic effects when consumed. Indica plants are described as short with broad leaves and dense buds and produce high levels of both THCA and CBDA, which are believed to have relaxing effects (Clarke & Merlin, 2013; McPartland, 2017; Vergara et al. , 2016). However, the associations between these multiple traits have not yet been explored. – Source

In other words, there aren’t any scientific Evidence to suggest sativas are head high and indicas are body high. It turns out that both indicas and sativas have the same chemical precursor that produces the same cannabinoids – which means there is virtually no difference between them from that perspective.

Of course, this doesn’t mean that there aren’t any physical differences between the two – the scientists just suggest that there is no scientific metric behind the differentiation. That it is more “cultural” than scientific.

I’ll have the scientist explain it in their words – and then explain it to the “common person” who doesn’t speak a nerd.

The colloquial naming convention of “Indica” and “Sativa” does not correspond to the scientific subspecies with similar names. Furthermore, these common distinctions do not reflect evolutionary relationships (Sawler et al., 2015; Schwabe & McGlaughlin, 2019; Vergara et al., 2016). This misidentification can be particularly problematic for medical patients who depend on reliable and consistent products.

In other words, without reliable means of identification, the possibility of streamlining cannabinoid treatment becomes problematic.

When it comes to medicine – you want to be as precise as possible, and with the current means of identifying strains, there simply isn’t the precision demanded by the medical community.

However, properly identifying the desired traits before flowering also applies on the commercial side.

Many commercially important traits are expressed at the time of maturity and if breeders could predict their late-stage expression by correlations between these traits earlier in development, selection could be made earlier, which speeds up breeding cycles. If early developmental traits made it possible to distinguish between the sexes, males could be culled before pollen production and possible female pollination. This is important because after pollination women would undesirably redirect energy to seeds rather than cannabinoids (Clarke & Merlin, 2013).

In other words, if researchers can show a correlation between the plant’s physical traits at the vegetative stage and its transition to the flowering stage (especially gender), they can remove males before they have a chance to pollen.

This could mean the plants are less likely to pollen, which would increase the value per yield, speed up breeding times and help produce more “cannabinoid-specific strains”.

What did the researchers discover?

While I’m not going to get into the essence of the science behind what they did – I’ll break it down very quickly.

The researchers set out to find out if plant height, lead shape and size, node size, twigs, stem diameter, cannabinoid profile, etc. were related in some way.

If they could discover correlations between these data points, they would have come one step closer to providing a more scientific approach to labeling plants.

Unfortunately, for the vast majority of the traits they studied, it seemed that they all developed independently and things like; Environment and ancestry played a more critical role in the expression of the plant during the flowering phase.

Hence, our study also suggests that shared assumptions about associations between leaf shape and chemistry may exacerbate cannabis strain misname problems in the industry (Sawler et al., 2015; Vergara et al., 2016). Given the lack of association between cannabinoids and other morphological traits, the accepted standards for categorizing cannabis types by the industry are profoundly flawed, as their naming convention is based on a number of traits that could be separated from one another. In addition, other studies have shown that the name gives no indication of cannabinoid efficacy or overall chemical composition (Elzinga et al., 2015) and that strains are unrelated to genetic relationships that misclassify closely related individuals based on the flavors reported and Flavors are grouped (De la Fuente et al., 2020).

In other words, these classifications are far more subjective than objective. From a chemical point of view, this could mean that you may be buying a “sativa” hybrid that is little or no different from an “indica hybrid” – except perhaps in price.

What are we closing?

In the end, the researchers only scratched the surface of that premise, and we are nowhere near discovering the phenotypic properties that correspond to cannabinoid profiles, but they have undoubtedly proven that our current systems for identifying cannabis plants are very limited. .

“The fact that most phenotypic traits are not genetically correlated has a significant impact on both cannabis breeders and commercial growers. If these characteristics are not linked, as previously assumed, it is possible to select a new combination of characteristics when breeding for novel varieties. This expands the ability to create varieties with a unique combination of traits that offer unforeseen medicinal and industrial value. Future breeds can be conducted to maximize the combinations of these traits. “

See NIDA – why not invest in these types of studies?

WHO DOES CANNABIS STUDIES READ MORE …

HOW TO RESEARCH THE NIDA BLOCKS OF MARIJUANA EVERY YEAR? 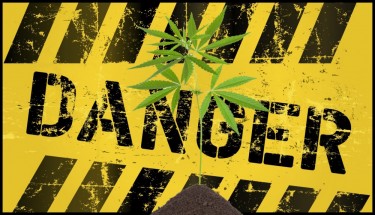 THE DANGEROUS BIAS IN MARIJUANA STUDIES OF THE NIDA!