The world has recently seen a series of social unrest in which people seek answers, demand justice, and blame institutions for systemic inequality.

With the emergence of the COVID-19 virus, things got worse and now the big question is, “How can cannabis users influence social justice on weeds?” Social justice depends on the ideology that everyone deserves equal rights across economic, social and political boundaries.

Social justice advocates and activists seek to open doors and allow access to anyone marginalized in society. How is this related to weeds?

The link between cannabis and social justice

Well, those in the cannabis industry are not well equipped to change centuries of systemic inequalities. Despite the lack of capacity, the industry tries to help those affected by drug wars and exposure to harmful substances through socio-political measures.

Cannabis also had a bad rap over the years, and some people classified it as part of the substances that encourage people to abuse drugs. Those in the cannabis sector have shown through conferences, research, and materials like this that the medicinal benefits of cannabis make it an important part of our health sector.

Cannabis users are starting to rise above the harmful outlook weed has had for years and are using their platforms to combat criminal injustices. Cannabis users are also maximizing this time in history to redefine drug policy because if the procedures are properly set up, the potential for abuse will decrease dramatically.

Abuse aside, there are thousands of people in prison cells in the United States who possess marijuana. Now these individuals were imprisoned at a time when states in America weren’t legalizing cannabis. Hence, possession, cultivation or use of cannabis was considered a crime. Some of these people remain imprisoned to this day, in an obvious violation of their rights.

Today more states have legalized cannabis, which has paved the way for easier access. There is still so much injustice in the world, however, and cannabis users are taking the opportunity by asking the right questions and setting up platforms to ensure social justice.

This is how cannabis users influence social justice with weeds.

The first step for cannabis users to voice their influence on social justice is to read about the social injustice of other weed users. Imagine a user being jailed for possession of cannabis. He / she leaves prison and has to deal with all the social obstacles that an “ex-convict” brings with it.

Cannabis arrests have increased in America since 2017, despite states legalizing and decriminalizing weed. The long-term impact on someone jailed for cannabis is too high to pay for a legalized substance.

Research will help you reveal these truths and will keep you updated on the challenges cannabis users face in the American states.

Campaigns in support of the grassroots

The worst injustices involved those living in minority communities in the cannabis industry, which explains why grassroots advocacy campaigns are vital. These campaigns mobilize other cannabis users to understand the cannabis use laws in their area.

The campaigns are also helpful in raising awareness of some victims’ appeals for mercy. For example, in 2020, grassroots campaigns enabled over 100,000 people to seek support for Michael Thompson’s case and asked the prosecutor to support the petition.

Make financial contributions to your projects.

Spread the word on your social media platforms and in conversations with other cannabis users.

Since the George Floyd murder, there has been a huge focus on criminal justice reform, and cannabis users can use this time to raise awareness of the major causes. We want every community member to be educated, aware and involved: This is how we affect change!

A great example of a social justice platform in cannabis: The Last Prisoner Project

The Last Prisoner Project is a great example of how cannabis users and enthusiasts use their platforms to advocate for social justice. America has begun to move away from the criminalization of cannabis, creating a new industry where people can freely use weeds for recreational and medicinal purposes.

However, the foundations of American cannabis society rest on the injustice of those who have been convicted and faced grave consequences for weed use. The Last Prisoner Project seeks to intervene, advocate and raise awareness for the hurts of the past and seek redress for those who are still injured.

According to the Last Prisoner Project, 15.7 million people have been arrested for marijuana possession over the past decade. Who is standing up for these people? Who will help them get justice through the same system that cannabis has now legally accepted?

This is where platforms like The Last Prisoner Project come in: They fight criminal injustice by making sure society stays informed about incarcerated cannabis victims.

Social injustice thrives in all sectors of society, and the cannabis industry has received its fair share of such challenges. The problems started when cannabis was banned in all American states, and even now, with legalization, these mistakes have not been made right.

Cannabis users no longer wait for the government or policymakers to correct the injustices. Instead, they are proactive in setting up platforms and advocating reform across the board with their voices.

As a user, you can investigate some of these social injustices to be fully informed, have conversations on your social media platforms, and support proactive programs like the Last Prisoner Project as we are unstoppable together! 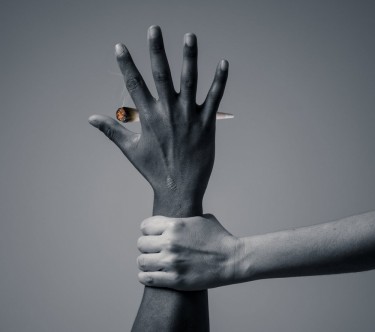 IS THE CANNABIS INDUSTRY RACIST? READ THIS OPINION!