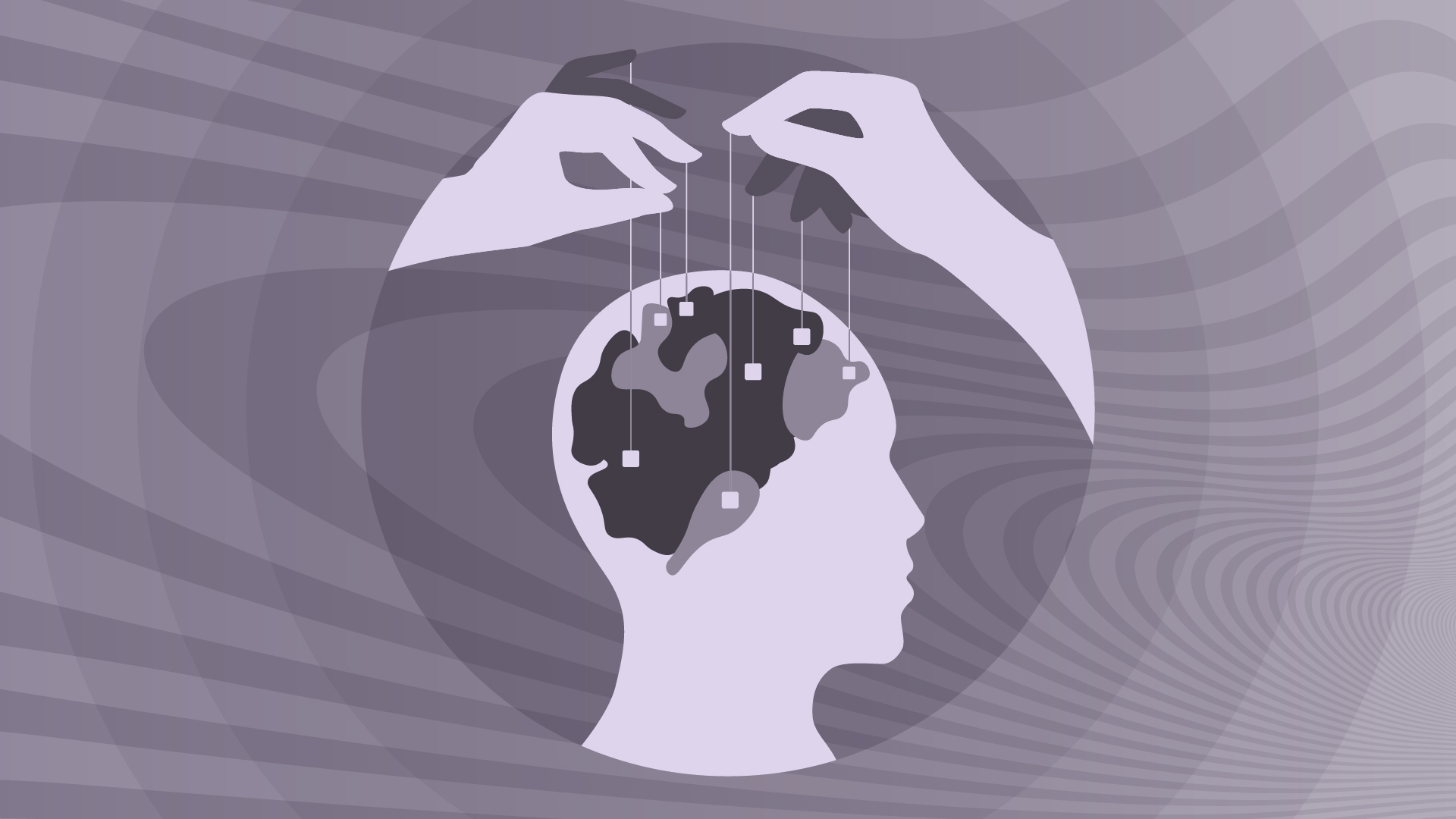 John Lennon of The Beatles summed up the history of LSD best in a 1981 interview: “We must always remember to thank the CIA and the Army for LSD… They invented LSD to control people and they have us.” given freedom.”

Turns out, this wasn’t just a little poetry from one of rock music’s greatest songwriters. In the 1950s and 60s, a top secret government program was created by the CIA to investigate the possibility of mind control, primarily through the use of LSD – all in the name of protecting American freedom and fighting Russia during the Cold War.

Stephen Kinzer’s Poisoner in Chief: Sidney Gottlieb and the CIA Search for Mind Control (2019) depicts the CIA’s obsession with finding a magic bullet to unlock the mysteries of mind control, which eventually led to the creation of Project MK ULTRA. The program conducted intense and far-reaching research and experimentation on LSD, so much so that the drug eventually became popular in society. Artists, writers, actors, academics, and more began taking the psychedelic for its therapeutic and mind-expanding properties.

Little did the government know that LSD would help open minds and fuel the counterculture revolution of the 1960s, which would rebel against the same government trying to control them. The story of how LSD became popular and helped fuel the hippie movement follows a winding path through torture chambers, brothels, drug dens, assassinations and drug experiments on unwilling subjects. Sometimes real life is stranger than fiction.

What was Project MK ULTRA?

The story of MK ULTRA begins in 1938 in Switzerland, where a chemist named Albert Hofmann was working on a project to isolate compounds from a fungus in rye grains. Eventually he stumbled across lysergic acid diethylmide-25 – and LSD was born.

But the connection had nothing to do with his current work, so Hofmann put it back. In 1943 he intentionally took a large dose of LSD and recorded the trip. After a night of drinking, Hofmann enjoyed kaleidoscopic images and reported that the next morning “a sense of well-being and new life swept through him”. Hofmann became a lifelong advocate of the drug and its mind-expanding abilities.

At the same time, World War II gripped most of the world. The US government created a biological warfare unit out of fear that the Nazis might develop the technology first. Little came of the unit, and it continued to operate after the war at a greatly reduced capacity.

Not too long after, Cold War paranoia set in, fostering competition between the US and Russia. Both countries tried to outdo each other in developing new technologies: the first atomic bomb, sending the first man into space, and developing biological weapons that could be spread over the population. In hindsight, Russia may not even have been interested in biological weapons.

As part of this fear-based mentality, the idea of ​​brainwashing entered the public imagination after an article published in 1950 claimed that Chinese communists were able to control people’s minds. McCarthyism and the threat of communism taking over the world urged many in the US government to take drastic measures to combat it.

The film The Manchurian Candidate (1962) helped popularize the idea of ​​brainwashing. (Courtesy of MGM)

The CIA eventually began collaborating with scientists from what was left of the Biological Warfare Research Division, and through many name changes, this collaboration eventually became known as “MK-ULTRA”.

LSD caught the attention of Sidney Gottlieb, chief chemist at the CIA and founder of what would become Project MK ULTRA, and he tried it himself. Gottlieb was convinced of the substance’s ability to open and explore and possibly control the mind.

The CIA expands research on LSD

LSD followed a dark and tortuous path from CIA chemist Sidney Gottlieb to John Lennon and the counterculture movement of the 1960’s.

The substance was initially used as a truth serum on ex-Nazis and Eastern European political prisoners. In conjunction with experimental techniques such as hypnosis, electroshock, and sensory deprivation, LSD was intended to soften prisoners for interrogation.

When Sidney Gottlieb was hired for the CIA, LSD testing increased dramatically and the MK ULTRA program grew. Safe houses were set up in New York City and San Francisco, which were essentially brothels and drug dens, where unsuspecting victims were lured and drugged in the name of MK ULTRA.

Gottlieb also enlisted clinicians at several hospitals and research centers, most notably at Emory University, Stanford University, and what is now the Massachusetts Mental Health Center. In some institutions, LSD was unknowingly administered to the subjects or even forced on them. Sometimes drug addicts were offered the substances they were trying to kick in exchange for participating in LSD experiments. Most subjects were Black men. Some subjects reported taking LSD almost every day for 15 months.

Also, in 1953, a former MK ULTRA scientist jumped out of a Manhattan hotel window, and his death haunted the secret program. The pieces of the story didn’t quite add up – decades later, the story emerged that he had been drugged against his will with LSD at a retreat for MK ULTRA agents and never recovered from the experience. Rumors circulated that he was pushed out of the window instead.

In the early 1960’s, new leadership in the CIA questioned the nature and intent of the highly mysterious MK ULTRA. Not wanting to reveal his secrets, Gottlieb let the program run its course, and in 1963 MK ULTRA was ready after 10 years. But the secrets of the MK ULTRA program were not unearthed until the 1970s, when Congress established a special committee to investigate all of the CIA’s shady dealings. Many details of the program are still unknown today.

LSD fuels the counterculture movement and beyond

Unbeknownst to Gottlieb, his MK ULTRA cohorts, and the US government, LSD had entered society. MK ULTRA had 149 sub-projects, many of which were collaborations with reputable research institutions that reached out to students and volunteers to test LSD.

Perhaps most famously, while a student at Stanford University, author Ken Kesey was involved in LSD experiments that later turned out to be part of the MK ULTRA program. The author of One Flew Over the Cuckoo’s Nest threw LSD parties, bringing together an eclectic mix of artists, musicians, writers, poets and others. He and the merry pranksters toured the country spreading the word about LSD and forming a foundation of the hippie counterculture movement that spread across the country in the 1960s.

Grateful Dead poet and collaborator Robert Hunter was also involved in MK ULTRA experiments and claimed that learnings from the drug led him to many song lyrics for the band. Beat poet Allen Ginsberg, author of Howl, is said to have been involved with MK ULTRA.

Even celebrities have been drawn to the psychedelic – actor Cary Grant is said to have taken the substance around 100 times outside of the MK ULTRA program for therapeutic reasons.

The Beatles’ “Lucy in the Sky with Diamonds” is a popular tribute to LSD.

LSD exploded in popularity in the 1960s, firmly moving into the mainstream. “Sex, Drugs and Rock ‘n’ Roll” was the slogan of the era, and dozens of musicians and artists embraced LSD and other psychedelics. Countless songs about psychedelics influenced the generation and those to come.

Most notably, The Beatles’ “Lucy in the Sky with Diamonds” alludes specifically to LSD, while other ’60s anthems such as Jefferson Airplane’s “White Rabbit” and others by Jimi Hendrix, Led Zeppelin, Steppenwolf, Pink Floyd and many more pay homage of psychedelics that will profoundly influence culture and attitudes around the world for decades to come.

LSD continues to resonate in society

Decades later, LSD not only influenced artists, musicians and writers, but also some of the minds behind Silicon Valley. Steve Jobs, co-founder of Apple, was strongly influenced by LSD and said in an interview: “Taking LSD was a profound experience, one of the most important things in my life.” Bill Gates, founder of Microsoft, is also said to have had acid in the past have dripped.

Today, psychedelics are enjoying renewed popularity. Recent films and shows such as Fantastic Fungi and Michael Pollan’s How to Change Your Mind have brought psychedelics and their therapeutic benefits into the mainstream. In the latter, a man suffering from cluster headaches takes LSD in a clinical trial to treat his condition.

LSD shows promise in treating many conditions aside from cluster headaches, including alcohol and drug addiction, major depressive disorder, anxiety disorders, and end-of-life anxiety. The substance’s medical potential still needs to be explored further, but it looks promising.

In 2020, Oregon became the first state to legalize psilocybin, the active ingredient in magic mushrooms, and Colorado followed suit this year. At the same time, many cities nationwide have decriminalized entheogens or psychedelics and plants containing them in the process of legalizing cannabis.

The CIA may have thought they were through with LSD, but it certainly wasn’t mind control. In search of trying to control people’s minds, LSD gained massive popularity due to its positive mind-expanding effects, helping people open their minds and question society. The substances are finally being recognized and increasingly accepted for their therapeutic potential and may have the potential to help people lead more fulfilling lives.

Pat Goggins is a senior content editor at Leafly, specializing in cannabis cultivation after working for a commercial grower in Oregon. When you’re not correcting typos, chances are you’ll find him on a boat or in the mountains.