Since the legalization of cannabis took hold in the United States, attitudes towards cannabis have changed for millions of consumers across the country. It is now part of our culture and society and is present at social activities, traditional holidays and even weddings.

The end of the year holidays are no different as people have decided to use this as yet another opportunity to gift their loved ones with marijuana – the gift that keeps on giving. After all, who wouldn’t want a gift of a marijuana product?

However, there is a lot to understand about the buying behavior of cannabis users around the holidays. This information is valuable to cannabis companies.

A recent report from Weedmaps has just shared some new data that businesses can benefit from. The online cannabis marketplace pulled data from over a million transactions that took place from October 2021 to January 2022 and provided a deeper look into marijuana shopping trends during the busiest time of year for retailers, reports Yahoo Finance.

They found that in 2021 there was a 167% increase in orders with promo codes, boosting the overall increase in total orders. Weedmaps also found that Black Friday is the most lucrative day, as consumers use these discounts as an opportunity to stockpile marijuana for the holidays. There were 300% more people shopping and claiming deals on Weedmaps sites, followed by big increases during Green Wednesday and Thanksgiving.

Sixty-one percent more deals claimed on Thanksgiving, followed by 93% and 170% on Green Wednesday and Black Friday, respectively. But when it came to the amount of orders per day, Green Wednesday deals saw the biggest increase.

Cannabis is no longer a novelty

Ayr Wellness, an integrated marijuana operator along with real-time marketing solutions company Suzy, conducted a survey of about 1,600 Americans last October. The aim was to better understand people’s purchasing and consumption habits and beliefs about cannabis and Thanksgiving and the holiday season.

According to Forbes, the survey found that 90% of marijuana users intended to buy as many buds for the 2022 holidays as they did last year. Even if inflation has had an overall impact on consumer budgets. Seven out of ten consumers said they would buy cannabis to share with loved ones. It was also interesting to note that consumers are reflecting the mentality that cannabis is no longer a novelty but a staple of Christmas shopping and family gatherings. 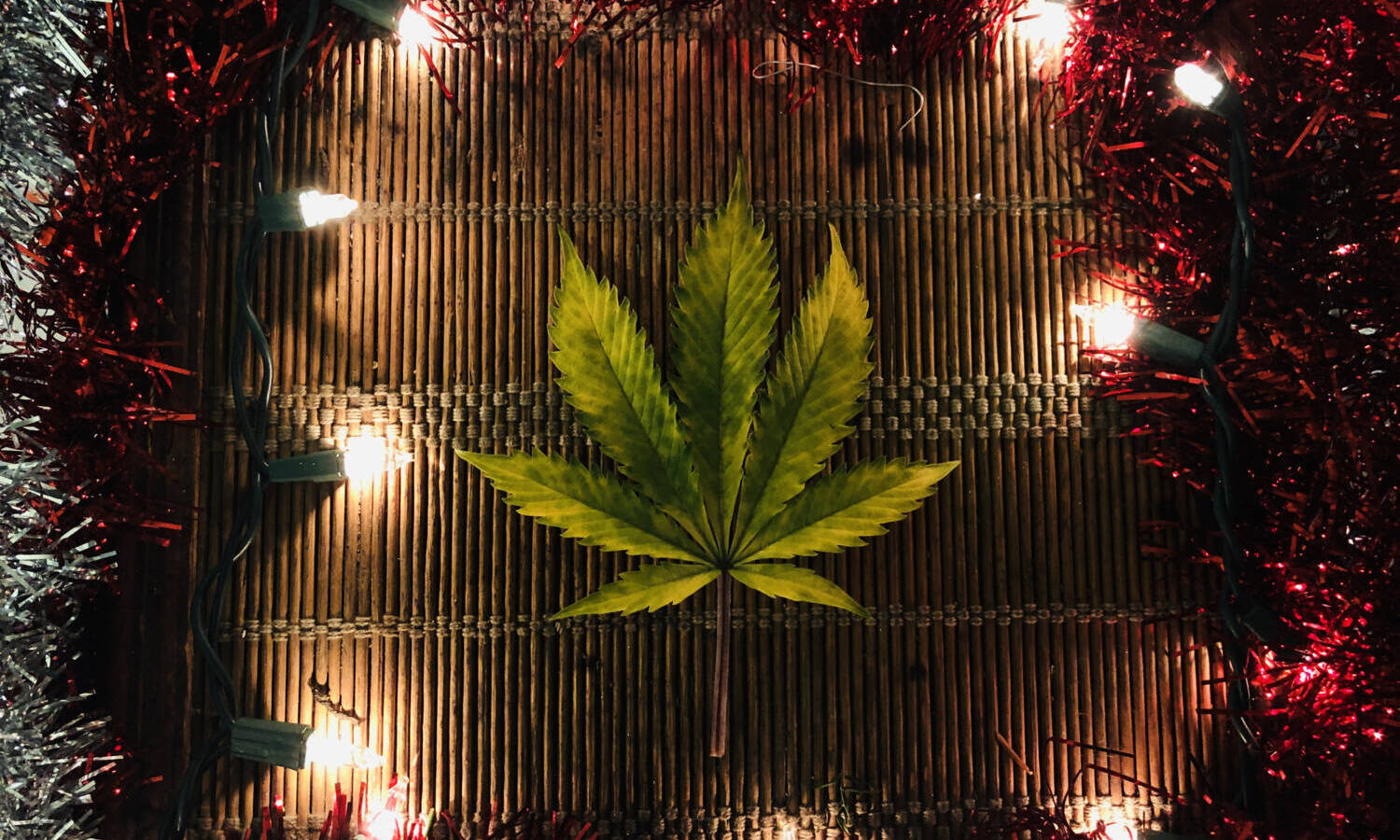 Additionally, two-thirds of survey participants said they would buy the same amount of marijuana as they normally do around the holidays. Meanwhile, 24% said they will spend more on marijuana this year compared to last year.

The average cost to consumers during the holiday season is $112, and nearly a quarter said they will spend at least $100 on marijuana over the holiday period.

RELATED: How to Deal with Weed-Induced Panic and Paranoia During the Chaotic Holiday Season

“This survey reaffirms to Ayr and the industry that cannabis is not a luxury purchase for consumers, but an essential asset to incorporate into their holiday rituals,” Ayr CEO Jonathan Sandelman said in an email to Forbes. “Whether you’re sharing cannabis with friends and family or dealing with family drama, the data shows that ‘thank you’ is becoming mainstream,” he says.

“Cannabis is increasingly becoming a staple of Americans’ holiday celebrations, with the average consumer expecting to spend $100 or more on products to enjoy, gift or share,” Sandelman said in a statement. “As the stigma continues to dismantle, we look forward to the day when cannabis will be as synonymous with Thanksgiving as pumpkin pie,” he said.

They announced in January that the U.S. and Canadian marijuana markets saw a jump in sales from Dec. 18-24, 2021, compared to weed before. The biggest increase was in the Canadian marijuana market, where they saw sales increase 26%, while the U.S. saw a 17% increase. Markets in both countries saw the largest increase in the topicals category just before Christmas, followed by beverages and edibles.

RELATED: Green Wednesday is the new Black Friday for cannabis

New Year’s Eve saw additional discount increases in both markets, Headset adds. The average discount was 21.1% in the US and 4% in Canada. Beverages, flowers and concentrates led category sales on New Year’s Eve in the US, while sublinguals and tinctures led in Canada.

Meanwhile, LeafLink also shared post-holiday insights. They noted a 6.8% increase in platform sales last December 2021 compared to three months earlier. For her, flowers were the most popular purchase, accounting for over a third of sales. Customers spend the most on packaged bud, although bud in bulk followed next. The second most popular category was cartridges, which accounted for 24% of sales.

Cannabis retailers can use these valuable insights to design holiday promotions and offers both in-store and online. Knowing which products are most popular with customers during gifting season can help you strategically create offers and let you know where to place discounts when needed. With the holiday rush already here, hopefully this guide has helped you!