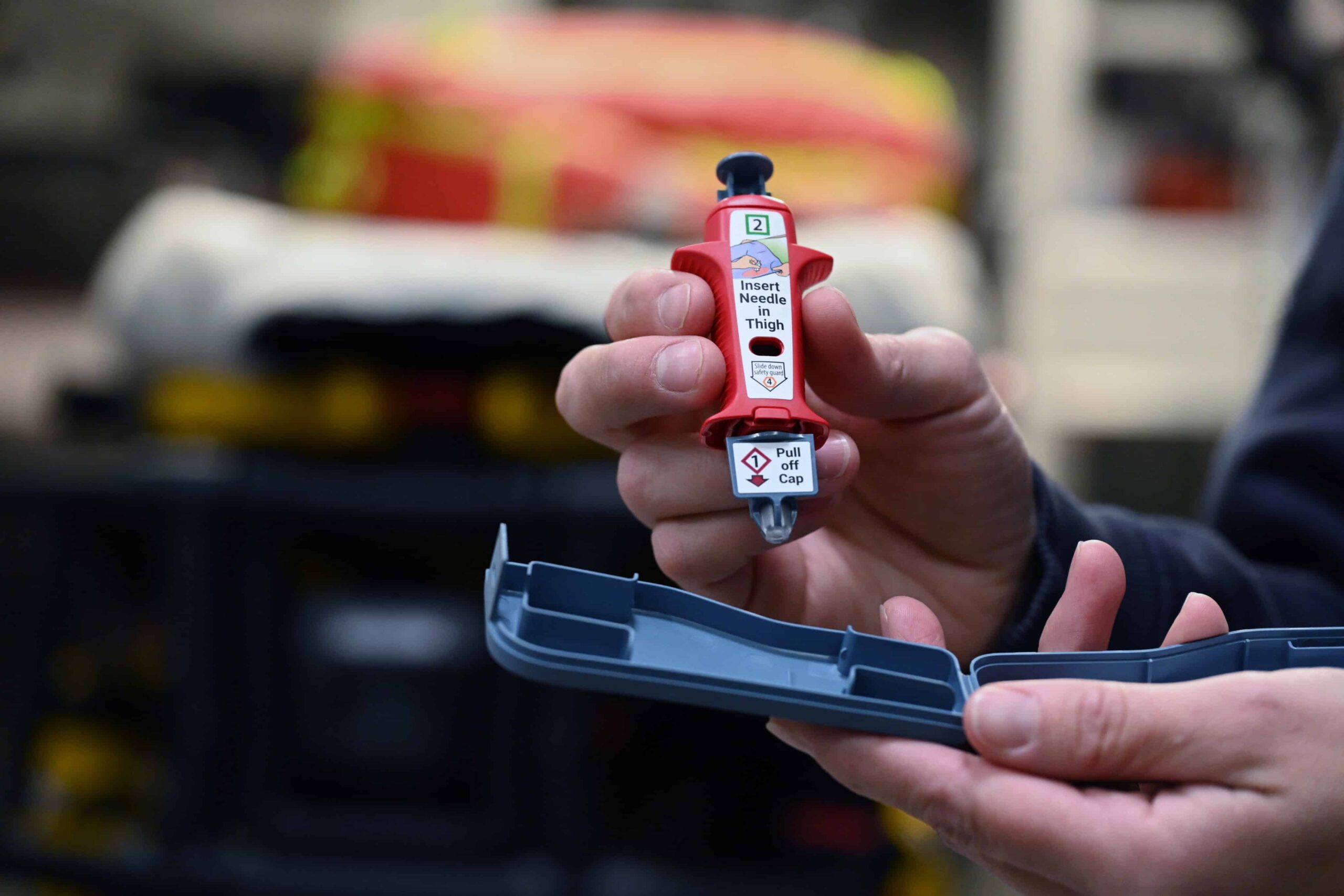 Fentanyl overdose reversal drug stronger than Narcan has been released

A new overdose-reversal drug is arming first responders with a more effective antidote to fentanyl overdoses.

Narcan, the common brand name of naloxone, an opioid antagonist, saved lives by reversing the effects of an opioid overdose in spray form. But even Narcan is no match for fentanyl in some cases. A stronger antidote was needed.

US WorldMeds, a pharmaceutical company, announced Zimhi’s release in a press release, highlighting a specific event: clinical consultant Charles Pemberton regularly carried a trauma bag in his truck that contained naloxone. When Pemberton saw a driver pass out in front of him at a fast-food restaurant, he administered two doses of naloxone, likely saving that person’s life.

“That’s when all my training kicked in,” Pemberton said. “It was only later that I felt relieved that I had naloxone on hand.”

Pemberton added that substance abuse problems tend to surface during the holidays. “Make sure you ask questions and listen, but don’t lecture,” Pemberton said.

The National Institute on Drug Abuse reports that opioid overdose deaths continue to rise annually — primarily for fentanyl. Over 107,000 people died in the United States in 2021 from drug overdoses, usually opioids. The DEA reports that more overdoses are happening as criminals mass-produce counterfeit fentanyl pills that mimic other pills.

Adamis Pharmaceuticals Corporation developed Zimhi. It can be used spontaneously by quickly removing the cap and inserting the needle into the thigh.

“Naloxone is an opioid antagonist used to temporarily reverse the effects of an opioid overdose, namely slowed or stopped breathing,” said US Surgeon General Jerome Adams. “Increasing awareness and availability of this drug is an essential part of the public health response to the opioid epidemic. Naloxone is a safe antidote for a suspected overdose and can save lives if given in a timely manner.”

WJXT News4JAX reports that Zimhi was released because, in some cases, narcan was not enough to resuscitate people as opioid overdoses become increasingly difficult.

Narcan is a 4 mg nasal spray and patients only receive around 2 mg. But Zimhi delivers 5 milligrams of naloxone intramuscularly, and once injected, they get the full 5 mg right away.

“Fentanyl, over the last year they’ve developed different variants of it that are almost 100 times stronger than what fentanyl was a year ago,” said Chris Chodkowski, a trauma therapist.

“Even the regular folks who just smoke marijuana when they get it off the street, we see spiked with fentanyl here in Palm Beach County,” Chodkowski said.

Putnam County Sheriff Gator DeLoach mentioned an incident in which a child was exposed to fentanyl through touch.

“Just in the past few weeks, we’ve had an infant who was exposed to a large dose of fentanyl, which we assumed was an accidental touch exposure by the mother,” DeLoach said. “As a result, our MPs came on the scene and had to dispense several doses of Narcan.”

Adamis Pharmaceuticals Corporation announced on October 18, 2021 that the U.S. Food and Drug Administration (FDA) has approved Zimhi for the treatment of opioid overdose. dr Jeffrey Galinkin, anesthesiologist and former member of the FDA Advisory Committee on Anesthetics, Analgesics, and Narcotics, stated, “I am pleased that this much-needed, high-dose naloxone product will become part of the treatment toolkit as a countermeasure to the continued increase in deaths associated with fentanyl. The higher intramuscular doses of naloxone in ZIMHI should result in faster and higher levels of naloxone in the systemic circulation, which in turn should result in more successful rescues.”