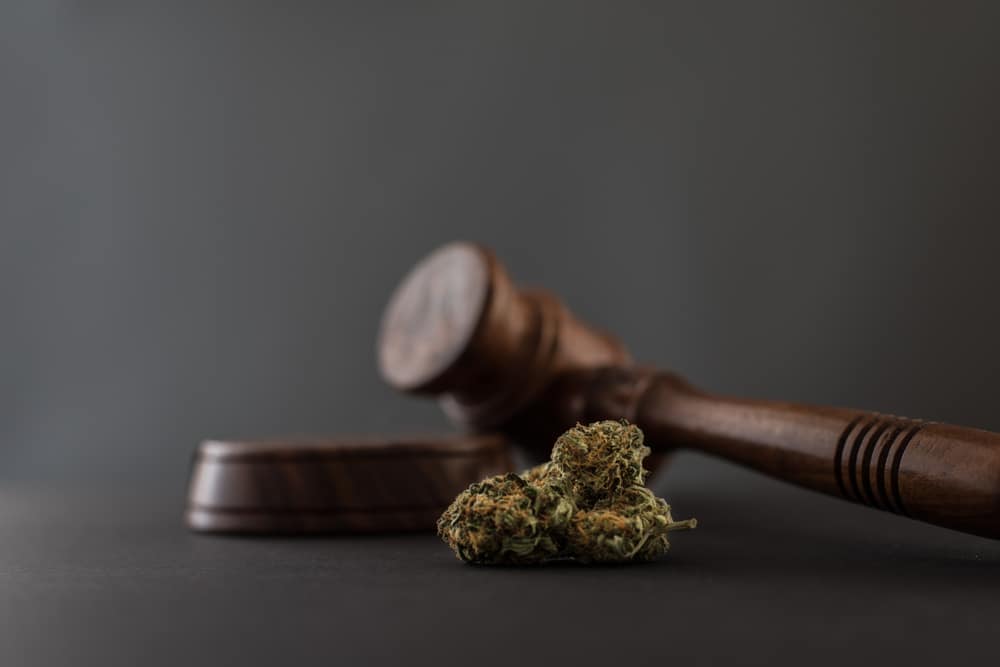 Prosecutors for the Ontario Securities Commission (OSC) told a Canadian court on Wednesday that they had no reasonable expectation of obtaining a conviction against three former executives of cannabis company CannTrust Holdings and called for the charges against the men to be dropped. But defense attorneys for former CannTrust CEO Peter Aceto, former chairman Eric Paul and former vice chairman Mark Litwin have asked the judge for a full acquittal in the case.

“After carefully reviewing the evidence during the trial, we believe that there is no reasonable prospect of conviction in view of the charges,” OSC attorney Dihim Emami told Victor Giourgas, the presiding judge on the case.

The case included allegations that Aceto, Paul and Litwin oversaw the illegal cultivation of thousands of pounds of cannabis for Canada’s regulated market. In July 2019, CannTrust announced that Health Canada, the country’s national health department and the cannabis industry’s top federal regulator, had determined that the Company’s cultivation facility in Pelham, Ontario did not comply with some regulations. The company had accepted the finding, finding that five rooms used to grow cannabis at the Ontario facility were not properly licensed for cultivation between October 2018 and March 2019. The spaces were not fully licensed for growing cannabis as of April 2019.

“Our team has been focused on building a culture of transparency, trust and excellence in every aspect of our business, including our interactions with regulators,” Aceto said in a CannTrust statement at the time. “We’ve made many changes to get this right with Health Canada. We misjudged ourselves, but the lessons we learned here will serve us well in the future.”

The OSC alleged that the defendants alleged in corporate disclosures that CannTrust’s cannabis operations were fully compliant. Aceto, Litwin and Paul have been charged by the OSC and the Royal Canadian Mounted Police with quasi-criminal offenses, including fraud related to the failure to disclose the unlicensed cultivation to investors. Litwin and Paul were also charged with insider trading for selling CannTrust stock after learning about the allegations of unlicensed cultivation but before they were made public. In addition, Litwin and Aceto were accused of preparing a false investment prospectus and false preliminary prospectus.

Last week, during the trial of the three former executives, Graham Lee, a former director of quality and compliance at CannTrust, testified that Health Canada employees inspected the Ontario grow facility in November 2018 and April 2019, but took no action on the unlicensed grow rooms. But on a later visit, Health Canada inspectors inquired about the unlicensed rooms.

“They asked me if plants had been placed in the unlicensed spaces and had been told different things earlier in the day… so I made it clear to them that they were,” Lee testified.

As part of his testimony, Lee also said that CannTrust employees once staged photos taken as part of a regulatory submission to Health Canada to disguise the purpose of the additional grow rooms. However, he also stated that the employees had not been instructed to do so by management.

During cross-examination, defense attorneys presented evidence that the Ontario facility had obtained a license to grow cannabis that did not include references to specific rooms. The revelation made it difficult for prosecutors to prove that unlicensed cultivation had taken place at the facility.

Scott Fenton, an attorney representing Litwin, delivered an email to Lee on April 5, which he sent to others at CannTrust, in which he wrote, “Please see the attachment, we are now available for any remaining outstanding Niagara Territories licensed.”

“But you told everyone you were licensed now,” Fenton told Lee.

“Were you confused about the application of the Cannabis Act and its regulations?” Fenton asked.

“I respectfully oppose delaying this,” Fenton said. “The prosecution has determined that they cannot prove the case. It’s time to end it and it should end today.”

“I cannot tell you how scared the defendants are about the end of this matter for the reasons you can imagine,” added Frank Addario, Aceto’s attorney.

Prosecutor Emami asked for more time and said he received the acquittal request that day. The defendants were due to appear in court again on Thursday to receive the judge’s decision on the acquittal.