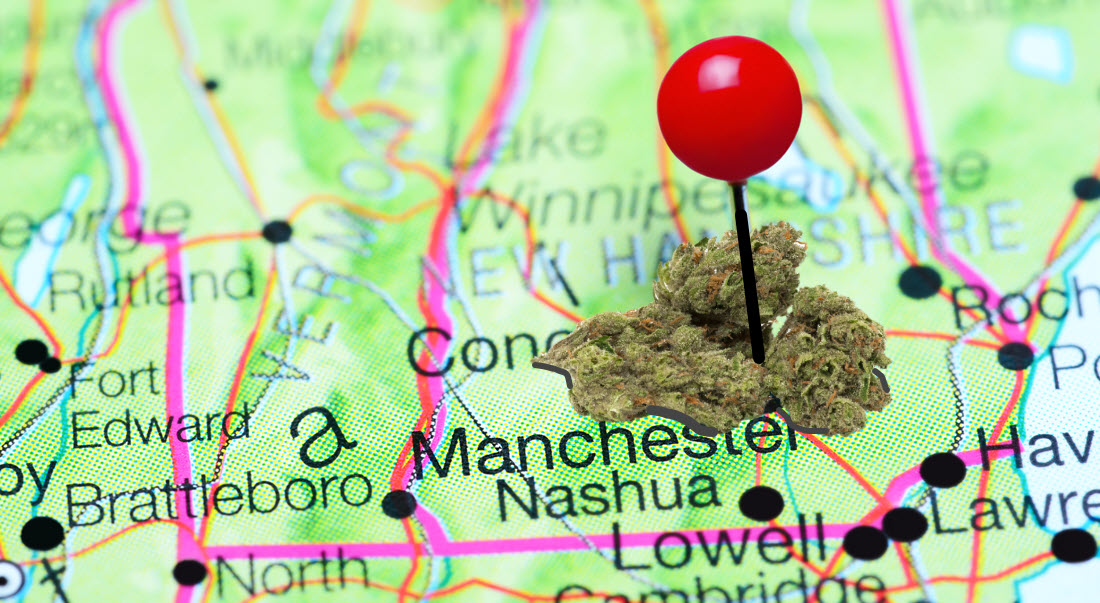 The granite state begins to crack?

Lawmakers in the New Hampshire House of Representatives are expected to introduce bipartisan cannabis legalization legislation. However, this bill is expected to meet a degree of rejection in the NH Senate. Resistance is also expected from Republican Governor Chris Sunnu. What, then, is the fate of the new bill proposed by the legislature? Is there a way to enforce the law legalizing cannabis despite these opposing forces? Read on as we explore these questions and more.

A report by New Hampshire Public Radio said a bipartisan cannabis legalization bill is expected soon in the House of Representatives. The bill to legalize cannabis possession and sale is said to be in the works by leading Republican and Democratic lawmakers. The proposal has yet to be tabled on the House floor, but its mere suggestion has sparked inquiries and many in the cannabis industry are rightly interested.

The bill is expected to border on legalizing cannabis possession for adults 21 and older. It is also expected that the limit for such possession will be set at up to 4 ounces for sharing cannabis among adults. This new introduction will open the door for regulated retail sales of cannabis, according to the report, and will also include the inclusion of an 8.5% tax rate. Another new introduction expected with the bill is legislation for home growing of up to six cannabis plants. This will confirm adults’ ability to possess cannabis from plants grown at home.

The new bill, when postponed, was touted as the will and desire of voters. House Majority Leader Jason Osborne (R) echoed the same while commenting on the issue. He explained that the House of Representatives had always been united to pass such legislation for the people of New Hampshire. He also believes that the Senate, too, will have no choice but to give in to the wishes of the vast majority of New Hampshire citizens.

The benefits of legalizing and regulating the cannabis market are very obvious to anyone who wants to see it. Democratic House Speaker Matt Wilhelm echoed this while commenting on how legalization will help the state protect consumers. Wilhelm said in the report that legalizing adult possession of certain amounts of marijuana is an achievement the House of Representatives needs to achieve in 2023. He believes this is the right thing for the people of New Hampshire and that it has to be done quickly. It is expected to help curb gray market illegal activities and provide access to patients who need it.

New Hampshire and its Prohibition Factors Against Cannabis Legalization

New Hampshire is in a pretty precarious position when it comes to its attitude towards cannabis and its laws. This is because it is the only New England state that still bans cannabis. This makes it a bit of an outlier as most of its neighboring states are more hospitable. Some of its neighboring states have legal medical marijuana programs in place, while others have legalized recreational use of the natural herb. Because of this, calls for the establishment of an acceptable program have increased significantly over the years and are being heard by legislators.

This isn’t the first time calls for legalization have grown louder and reached the ears of the House of Representatives. The biggest obstacle remains the Senate, which earlier this year rejected a proposal to legalize cannabis. This is despite the fact that the proposal attracted cross-party support and was duly approved by Parliament. The Senate has also rejected another cannabis legalization proposal passed in the House of Representatives earlier this year. The second proposal was to make room for a non-commercial cannabis program, but failed to make it through the Senate. This means it will require lobbying to move the Senate toward a majority in New Hampshire for the bill to come to life.

Governor Sunnu has also proven to be a recent stumbling block to legalizing cannabis in New Hampshire. He spoke publicly on the subject in March, when he commented that he didn’t think this was the right time to legalize cannabis in the state. He based this view on the issue of the ongoing opioid crisis in the state. Cannabis advocates, on the other hand, have spoken publicly about the potential use of cannabis to end the professed opioid crisis. Cannabis has a lower addiction potential and is effective in promoting pain relief and managing inflammation.

Positive news on the horizon

Luckily, the recent elections have changed things up a bit, and there are a few events that will benefit the cannabis legalization cause. Slight shifts in the Senate were mostly on cannabis reform, which is good news for everyone. A Democratic senator who opposed legalization was replaced by a Republican who voted in the House of Representatives to end the ban. The developing momentum is also encouraging, as the House’s bipartisan leadership sees cannabis legalization as a priority. That momentum could be enough to push the bill through the Senate in 2023. While the Senate has proved an immovable object on this matter over the years, the next bill may just be an irresistible force that cannot be slowed down.

2023 is expected to be the year of cannabis legalization in New Hampshire and all factors are pointing towards it. The bipartisan support for the cannabis legalization bill is very important and could see the light of day sooner than expected. Until then, cannabis reform advocates will tirelessly push for better laws regarding cannabis use and possession in the state. 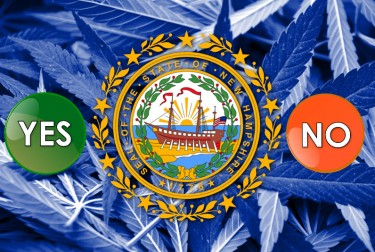