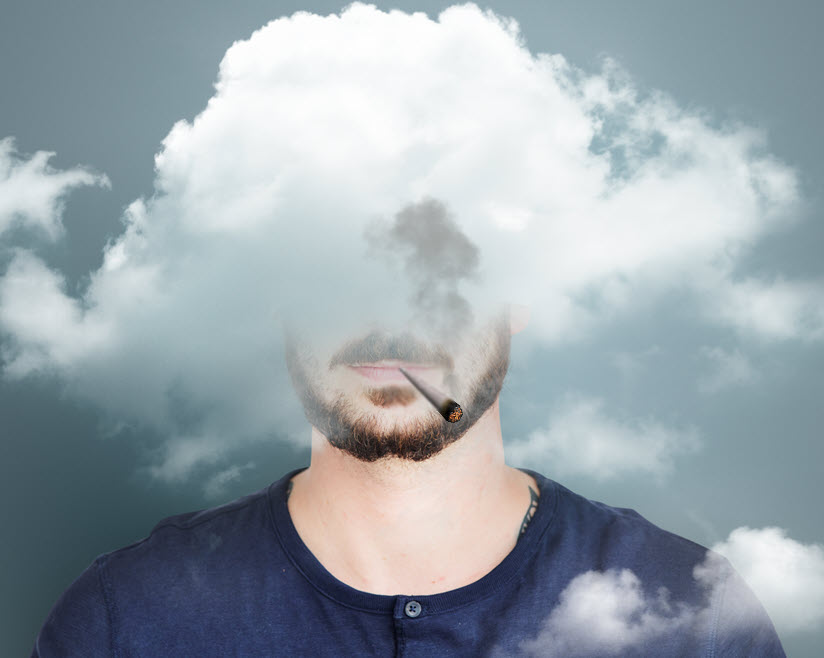 Cannabis linked to decreasing symptoms of depression, according to new medical study

Cannabis products reduced depression symptoms for up to 6 months

Cannabis Products Associated With Reductions in Depression Severity at 1, 3, and 6 Months

Depression is a common mental illness that leads to persistent feelings of melancholy, hopelessness, and a lack of enthusiasm or pleasure in activities. The World Health Organization (WHO) estimates that 264 million people of all ages are affected by depression, which is the leading cause of disability worldwide. Additionally, it greatly increases the burden of disease on the planet. It is estimated that approximately 7% of people in the US will experience significant depression in any given year, and 20% will experience a major depressive episode at some point in their lives.

A new study is examining whether cannabis can be an effective treatment for depression, and it appears that there are indeed some positive results.

In this article we will take a closer look at the study and try to make sense of it all.

This is taken directly from the study itself.

Depression is a widespread mental illness, with around one in five people experiencing depression at least once in their lives. Two cardinal symptoms of depression are low mood and loss of interest. Because depression is such a debilitating condition, improving quality of life is an important part of treatment. Antidepressants are currently an important part of treating depression, but the variability in their effectiveness means that alternative treatments are needed. Medical cannabis, which contains certain chemicals from the cannabis plant, is attracting growing interest as a potential novel treatment for depression. Due to the lack of clinical studies on the use of medicinal cannabis to treat depression, this study aims to evaluate the effects of medicinal cannabis on the quality of life of patients with depression. The study included 129 patients treated with medical cannabis for depression at Sapphire Medical Clinics. Results showed that medicinal cannabis was associated with improvements in depression and anxiety symptoms, health-related quality of life, and sleep quality after 1, 3, and 6 months of treatment. Although a small number of patients experienced a wide range of adverse events, most were mild or moderate. A major limitation is that this study cannot determine to what extent medical cannabis is directly responsible for the observed improvements in depression symptoms. Future studies should focus on conducting clinical trials that can better assess the actual treatment effects of medicinal cannabis for depression.

To understand how they achieved this, we can take a closer look at their methods:

Data on the use of medicinal cannabis to treat certain medical conditions is collected by the UK Medical Cannabis Registry. The PHQ-9 and GAD-7 measures, the SQS scale, and the EQ-5D-5-L scale were used by the researchers to measure changes in patients’ mental health, sleep quality, and overall quality of life over time track 1, 3 and 6 months. All unfavorable incidents that occurred during this period were also noted. This data is used by researchers to determine if medical marijuana is safe to use and if it can improve those outcomes.

A study was conducted with 129 people who had mental health problems. Her mean depression severity score at the start of the study was 16 out of 27. The mean depression severity score dropped to 8 after one month of therapy. This decrease continued even three and six months after starting treatment. There were also improvements in anxiety, sleep quality, and overall quality of life at one, three, and six months after starting treatment. A total of 153 side effects occurred in 14% of patients, 87% of which were mild or moderate.

As you can see, there is a clear correlation that cannabis actually has a positive impact on things like depression. While this isn’t a causal relationship, it does provide some important insights into how we could potentially use cannabis to help people with depression.

Pharma’s explanation of depression is missing…

Many people think that a chemical imbalance in the brain — specifically an imbalance in neurotransmitters like serotonin and dopamine — causes depression.

However, science provides no evidence to support this theory. Antidepressants, which treat depression by altering the levels of neurotransmitters in the brain, can be helpful treatments, but they’re not a panacea and they don’t work for everyone. In reality, the underlying causes of depression are likely much more nuanced and can combine psychological, environmental, and hereditary elements. It’s also important to remember that depression is an illness that can manifest itself in different ways depending on the person.

In fact, the idea of ​​”chemical imbalance” was promoted by the pharmaceutical industry to sell antidepressants that inhibit certain neurotransmitters.

Depression is often the result of an obsessive fixation on the things that are wrong in our lives. Some of these things may be legitimate, others could be fabricated by the mind.

For example, “getting depressed because your team lost” is a fabricated “problem” that likely stems from a deeper psychological issue of rejection or loss.

However, if you become depressed because your dog died, it is unfabricated depression stemming from the loss of someone close to you. There may even be a neurological reason you’re feeling depressed, as losing someone will literally change your brain.

This is because neural networks need to rewire interactions.

The brain’s neural networks, made up of interconnected networks of neurons, process and transmit information. In these networks there are billions of neurons, i.e. cells that exchange electrical and chemical messages with each other.

Neural plasticity is the process by which neural networks in the brain grow stronger. This is an indication of the brain’s ability to modify and adapt in response to brand new encounters, knowledge, and environments. Our brain networks are active and new connections are made between neurons when we come across something new or learn something new. Through repetition and reinforcement, these bonds can gradually grow stronger.

For example, when we learn a new skill, like playing an instrument, our brain makes new connections between neurons in the regions of the brain responsible for processing movement and sound. These connections grow stronger as we practice, allowing us to complete the task faster and more accurately.

I have no idea – you’ve lived with your pet for 15 years, built neural networks and suddenly – they are no longer “needed” to the same extent. They begin to atrophy and the physical structure of your neurons begins to shift into a new configuration.

We experience this as sadness and emotional pain – but it is very much based on a real event.

Whether invented or real, depression can creep into our lives and has nothing to do with serotonin or dopamine. That can, but doesn’t have to be.

Cannabis helps in this process.

According to some research, cannabis may have a positive impact on neuroplasticity, the brain’s ability to change and adapt in response to new experiences or environmental changes. For example, a 2016 study in the journal Neuropsychopharmacology discovered that THC, a psychoactive ingredient in cannabis, can increase neuroplasticity and make it easier for the brain to form new neural connections. Another research conducted in 2018 and reported in the journal Cerebral Cortex suggested that CBD, another cannabinoid found in cannabis, may promote neuroplasticity and protect against brain damage from stroke or other types of trauma.

This means that it can potentially help make the fitting process easier. It helps alleviate the side effects of depression while enhancing one’s ability to integrate and “make peace” with the experience.

Of course there is no random evidence for this, it certainly has more validity for Pharma’s claim of “imbalanced neurochemistry”.

In all likelihood they are all side effects of each other – but the point is that there is evidence that cannabis helps with depression.

That doesn’t mean you don’t have to do the work. It’s hard to go through a rough patch, but ultimately we suffer because of our attachments to the concepts in our heads.

Once we’ve made peace, we’ll move on!

Meanwhile, a hit of a good Cheeba can get you through the darkest of moments. That’s what science says! 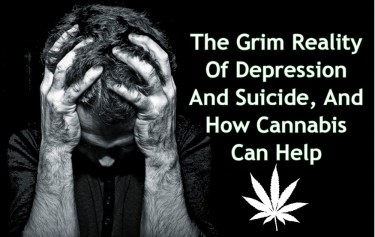 HOW MEDICAL MARIJUANA HELP WITH DEPERSION AND SUICIDE