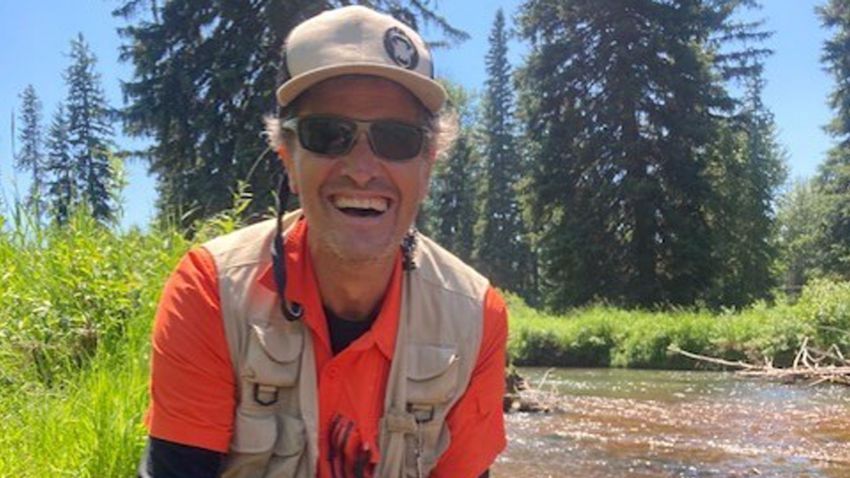 Brittney Griner is back on American soil after 10 months in Russian prison for drug offenses. But other US citizens remain incarcerated in Russia, including a 61-year-old man whose detention echoes Griner’s experience.

Politico last week ran a story about Marc Fogel, who was arrested last year after Russian authorities found medical marijuana in his possession.

“Fogel’s case bears a striking resemblance to Griner, which has made national headlines since the WNBA star’s incarceration in Russia in February 2022. Like Griner, Fogel — a 61-year-old history teacher from Pennsylvania who lived in Russia while he taught at the Anglo-American School in Moscow — was taken into custody by Russian authorities in August 2021 after customs officials at a Russian airport found about a half-hour ounce of medical marijuana in his luggage,” Politico reported.

“The drugs had been prescribed for him by doctors in the US to treat chronic pain stemming from a series of injuries and surgeries, but Fogel’s reasons were irrelevant. Ten months later, in June 2022, a Russian court sentenced him to 14 years in prison for drug trafficking. In October, Fogel was transferred from a Moscow detention center to one of Russia’s notorious penal colonies to serve out the remainder of his sentence,” the outlet continued.

Griner, a perpetual All-Star for the WNBA’s Phoenix Mercury and one of the most decorated basketball players of all time, was released last week after US and Russian officials negotiated a prisoner swap. In exchange for releasing Griner, the US agreed to release Viktor Bout, a Russian arms dealer who was serving a 25-year sentence in the United States.

The deal drew criticism from those lamenting the release of Bout, nicknamed the “dealer of death.” There was also disappointment that the US was unable to secure the release of Paul Whelan, a US citizen who has been jailed by Russia since 2018 on espionage charges.

US officials sought a two-for-one deal — Griner and Whelan in exchange for Bout — but no such agreement ever materialized.

Griner was arrested at a Russian airport in February after officers found a small amount of cannabis oil in her luggage. She pleaded guilty to the charges but said she had no intention of breaking the law. In August a Russian court found her guilty and sentenced her to nine years in prison.

Griner’s imprisonment drew international attention and emerged as a diplomatic standoff between the United States and Russia. Foley’s case, meanwhile, has flown decidedly under the radar.

The State Department has not granted him unlawfully detained status, despite repeated appeals from a bipartisan group of lawmakers and Fogel’s attorneys. (A State Department spokesman declined to comment on the details of Fogel’s case, saying, “The Department is continually reviewing the circumstances of detentions of U.S. citizens abroad, including those in Russia, for any indication that they are unlawful “In the media, Fogel’s detention has been overshadowed by coverage of Griner and Paul Whelan, an American businessman and former Marine who has been held in Russia since 2018 on espionage charges,” Politico reported last week.

“It’s a bit of a mystery to me why we [aren’t] We’re talking about three Americans — now, thankfully, two Americans — instead of just one,” Michael McFaul, the former US ambassador to Russia, told Politico. “He’s not some guy who got arrested — he was part of our community … He taught our kids, the kids of US government officials, and he taught our military kids.”