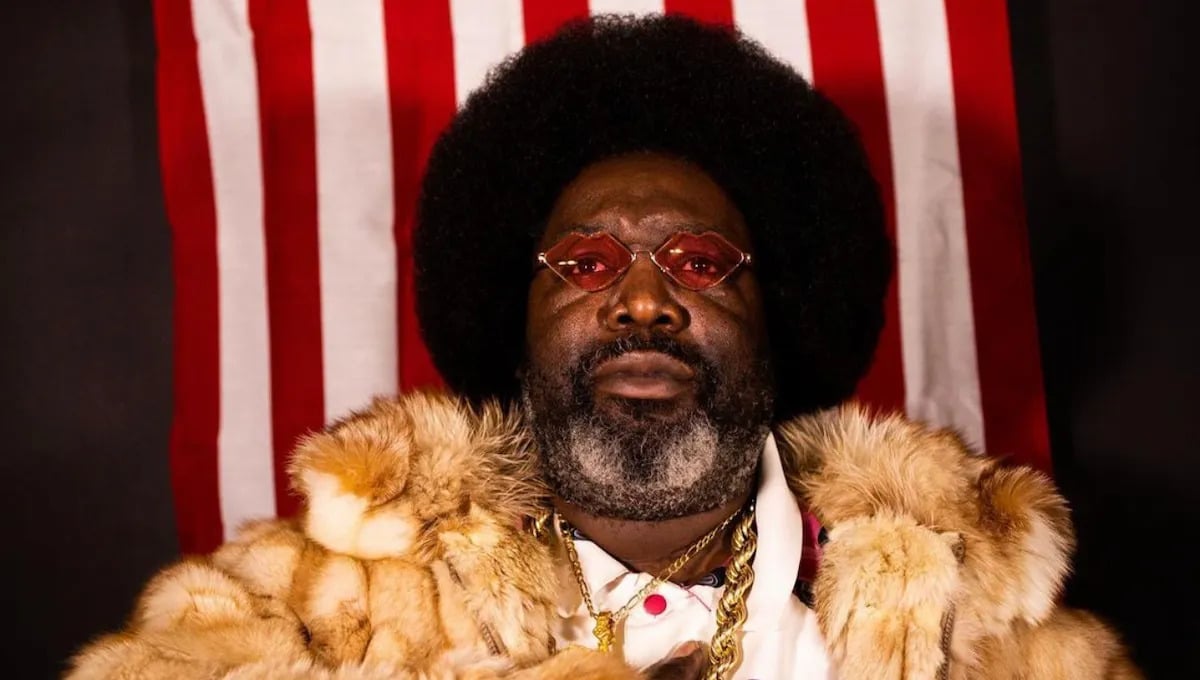 Hip-hop artist and cannabis community icon Afroman announced over the weekend that he is running for President of the United States in 2024. Afroman, who became a hero to the weed crowd in 2000 with his song “Because I Got High,” announced his for the White House during a concert performance at the Black River Coliseum in Poplar Bluff, Missouri, according to TMZ on Sunday to offer. Two days later, he took to social media to spread his message to a wider audience.

“My fellow Americans, in the course of human events there comes a time when change must be made,” Afroman wrote on Instagram Tuesday. “That time is now. Americans are suffering and the status quo is no longer acceptable. Inflation is out of control. The economy is in shambles. The housing market is overwhelming. Politicians are corrupt. Bad apples are allowed to stay with law enforcement among our noble and brave officers.”

“It is my great honor and pleasure to officially announce Afroman as the independent candidate for President of the United States of America,” he added.

Afroman, aka Joseph Edgar Foreman, was born in Los Angeles in 1974 and got his start in the music business early, recording songs and selling them to his classmates when he was in eighth grade. He released his first album in 1998 before moving to Mississippi where he made music business contacts who eventually produced and performed Because I Got High. The song, which details how marijuana can interfere with the chores of modern life, became a hit in 2001, the year the track was featured in films like Jay and Silent Bob Strike Back. Afroman released his latest album Lemon Pound Cake in September.

Afroman billed himself as “cannabis commander in chief” and “pot head of state” in his social media post, and vowed to make cannabis reform and other issues a priority in his presidential campaign.

“Medicinal plants are being criminalized while drug companies are getting rich on chemicals with unknown side effects,” he wrote. “The media sows the seeds of hate 24 hours a day, 7 days a week, 365 days a year. They try to divide by race, religion, gender, sexual preference, and every other category they can think of.”

In a separate post on Instagram, Afroman outlined eight priorities for his 2024 presidential campaign. First up was the decriminalization of cannabis and “other low-harm substances.” He noted that federal law still classifies marijuana as a Schedule I substance, the strictest classification under the nation’s drug laws. He promised change, saying he would de-plan and decriminalize cannabis and launch a public service advertising campaign to publicize the plant’s benefits.

Afroman also promised criminal justice reforms, noting that more than 40,000 people are at any given time incarcerated for cannabis, costing more than $1.5 billion a year. He pledged to commute the sentences of all federal prisoners of conscience and said he will “work hard to right past wrongs in all areas where Americans have failed within the criminal justice system.”

He also called for law enforcement reforms, an end to all foreign aid, and compensation for African Americans. Other campaign priorities include tax breaks for professional athletes to encourage celebratory performances, legalizing prostitution and “promoting unity, peace and love.”

“We need a candidate who is truly elected by the people and for the people. We need a man who can step forward and lead with a firm hand,” Afroman wrote. “People hunger for a supreme commander who leads from a place of love, not hate. In these dark times, we need a leader who truly embodies the American Dream.”