A Beginner’s Guide to CBD and Anxiety

Cannabidiol (CBD) has received significant attention lately, especially in medical research. Studies over the years have discovered its potential in the treatment of a wide variety of diseases and disorders such as Dravet syndrome. The results are so promising that the federal government, albeit slowly, is changing its attitude towards marijuana, from which CBD originated.

One notable application is in the treatment of anxiety disorders. According to the Anxiety and Depression Association of America, nearly one in five Americans over the age of 18 suffers from panic attacks, phobias, stress, and other related illnesses. Although it is the most common mental illness in the country, only about a third of patients receive treatment, mostly a combination of medication and therapy.

Recent studies showing the potential of CBD have seen a surge in CBD-infused supplements and products such as those offered by Betoken CBD. The market is now plentiful with such items either applied as skin creams or taken as capsules. Despite its increasing popularity, it’s still important to remember that the final word on medical marijuana is still in the air.

Still, it’s worth investigating anxiety with CBD. Here is a detailed overview of how the substance works and why it is effective in doing it.

To understand the effectiveness of CBD, the nature of anxiety disorders must first be understood. As the National Institute of Mental Health explains, these are more than just passing episodes of worry or fear. They never go away unless they get worse over time. Soon they will take their toll on your life’s work, your social circle, and everything in between.

The human brain is largely a puzzle that scientists are still trying to solve. However, they believe this has something to do with the amygdala and the hippocampus, two components of your brain that are heavily involved in dealing with anxiety.

The amygdala is the brain’s alarm system and uses the signals it receives from the entire body to notify the brain of what it perceives to be a threat. The information finally reaches the hippocampus, which converts it into memories. This “fight-or-flight” response is turned off as soon as the threat is over.

But when it comes to anxiety disorders, it doesn’t turn off as it should. Psychologists still wonder why this is the case, despite several theories. One such theory is the struggle between three psyches identified by Sigmund Freud: the id, the ego, and the superego. Fear tells the ego and superego that the ID card is going to do something wild, forcing them to keep the “fight or flight response” active.

Being aware of your surroundings is not the same as staying vigilant. You can stay alert and still make your day like nothing happened. But when your survival mechanism is on, you are afraid of everything, including friends, family, and maybe even yourself.

How CBD Can Help

CBD can help with anxiety by targeting the source. Not necessarily the source of fear itself (as this is still a mystery), but parts of the body that fuel the “fight or flight response” to staying active.

Like the more psychoactive tetrahydrocannabinol (THC), CBD interacts with the endocannabinoid system (ECS) in your body. If this seems a little too scientific to you, all you need to know is that the ECS helps keep your body in tip-top shape. When CBD comes into contact with the ECS, it sends a signal to it to get the other systems working.

For example, when the CBD binds to the ECS in your immune cells, it triggers an inflammatory response. While not fully understood, scientists believe it works the same way when you interact with the brain, especially the part that makes the feel-good chemical serotonin.

You know this from a handful of experiments that have been carried out on animals and partly on humans. One study showed that increased heart rates normalized in rats after receiving a dose of CBD. Another study included two groups with social anxiety disorder, in which those who took 400 mg of CBD socialized better than the placebo group.

For the record, it is inaccurate to see CBD as a panacea for anxiety or any health condition it can treat. As mentioned earlier, the consensus on medical marijuana is still unclear, despite so many studies advocating it. Instead, think of it as an addition to existing treatments rather than a standalone solution.

CBD in an ideal position

There is definitely more to be done before doctors can recommend CBD for treating any disease. Regardless, the fledgling CBD market is in a prime position – all because of the other health crisis the U.S. has been grappling with for years.

The Centers for Disease Control and Prevention (CDC) found that opioid overdose deaths among middle-aged white women increased by 400% between 1999 and 2014. Opioids alone are not responsible as people tend to take them along with anti-anxiety medications. Together, these drugs cause vital body functions such as the heart to be switched off.

Not least because of the ongoing opioid crisis, more and more experts are jumping on the cannabis research car. While they admit that there will be opioids in the future, combining them with CBD may reduce the need for such drugs. They also believe that legalizing cannabis at the federal level will mitigate opioid abuse and save the American economy millions in healthcare.

At the time of writing, 13 states have not yet introduced cannabis-friendly legislation. New Mexico and Virginia are the newest, but leisure sales won’t start until 2022 and 2024, respectively.

Research into the medical potential of CBD is increasing, including for treating anxiety disorders. There is little reason not to try. Remember, it should not be viewed as an alternative to current treatments, but rather as a supplement.

However, ask your doctor beforehand if it is right for you. Like any other drug, if not taken carefully, CBD can produce the opposite effect that studies have found. The last thing you want is for it to make your condition worse. 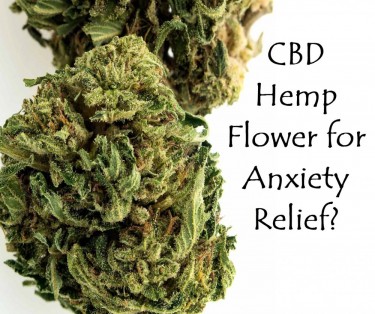 CBD HEMP FLOWER IS THE BEST FOR ANIMAL RELIEF, YES OR NO? 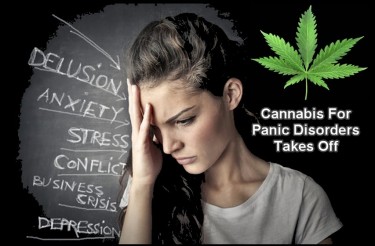 CANNABIS FOR PANIC ATTACKS AND EMERGENCY DISEASE, READ THIS!