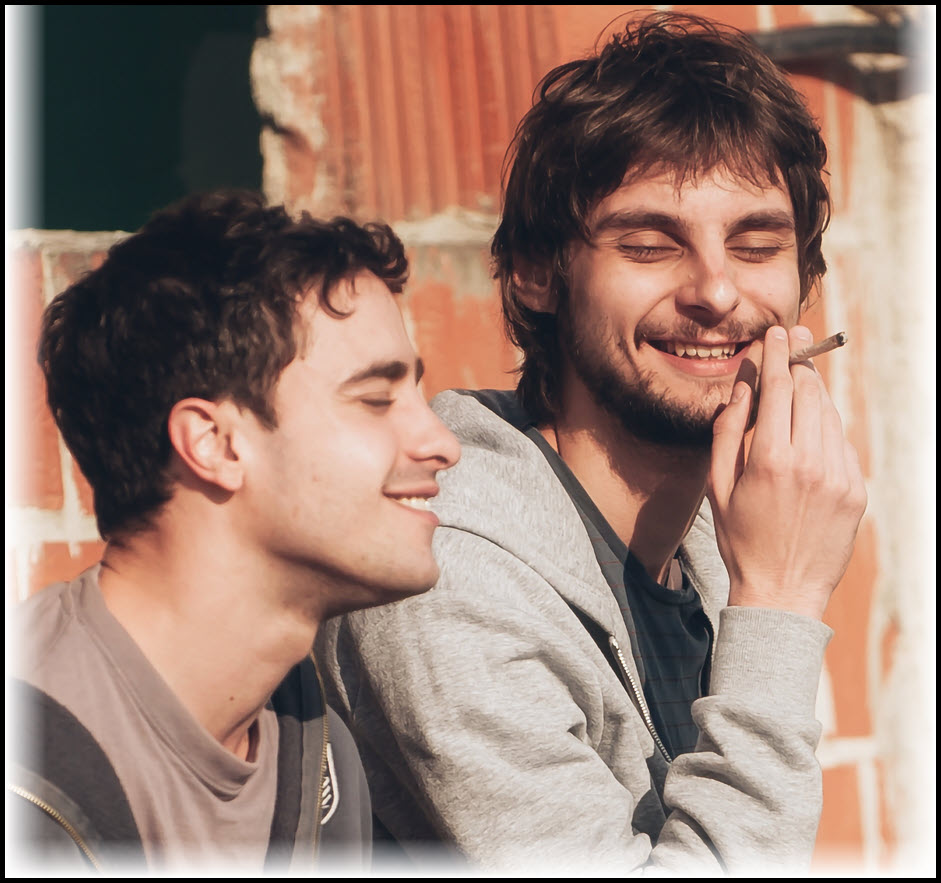 Why do we get deep thoughts while high on cannabis?

Numerous sensations can result from the use of cannabis. However, one of the most obvious effects of cannabis is how it alters our thoughts. It’s no surprise that when we use marijuana, our cognitive patterns change, which can lead to all sorts of weird thoughts. Most stoners are aware of this, but why is it happening?

We examine why this phenomenon occurs, what thoughts it can trigger and how long it lasts.

What are “high thoughts”?

High thoughts – how we think and feel when we are all high on cannabis can surprise us with their abrupt changes. High thoughts can be hilarious or ridiculous, innovative or seemingly creative, or just plain dark and dangerous. While these different cognitive patterns can manifest themselves in unpredictable ways for individuals. However, they are primarily due to how THC and other cannabis components affect the brain.

Why do we think differently when we’re high?

When we use cannabis, cannabinoids like THC and CBD activate our endocannabinoid receptors. This explains most of the many effects of cannabis on the body and mind. THC, the main psychoactive component of cannabis, significantly affects cerebral blood flow to some brain regions.

In one particular study, researchers discovered that after consuming THC, blood flow increased in numerous parts of the brain. They hypothesized that the mental and behavioral changes caused by cannabis intoxication were caused by increased cerebral blood flow and functional activity in specific brain areas.

Previous research by the same authors showed that cerebral blood flow was more significantly correlated with impairment from cannabis than the level of cannabinoids in one’s bloodstream.

The anterior region of the brain, which is responsible for some key brain activities, showed the greatest increases in cerebral blood flow after THC consumption. Usually, the frontal lobes are thought to be responsible for our level of alertness and important cognitive functions such as synthetic reasoning, abstract reasoning, organization of independent behavior in space and time toward future goals, cognition, sensory data processing, volition, and motor activity initiation.

Given that the frontal lobes are responsible for all of these critical thought processes, it’s not surprising that increasing blood flow and functional activity in this part of the brain would result in dramatically different thoughts. However, the frontal lobe isn’t the only part of the brain that contributes to excessive thinking. The insula, which is involved in sensory impressions such as taste and aroma and moderates stress-induced cardiovascular responses, experienced a significant increase in blood flow.

The researchers also discovered that the right hemisphere, which was involved in mediating emotions, was significantly more engaged than the left. The cingulate cortex, which in turn demonstrated strong connections between increases in cerebral blood flow and self-reported THC impairment, is thought to mediate the interplay between sensory information, pain, and emotion.

One thing to remember is that while acute THC ingestion appears to be associated with increased cerebral blood supply and therefore changes in the way we think, these changes in brain function are temporary. On the other hand, preclinical research shows that after prolonged THC ingestion, some parts of the brain (particularly the ventral and dorsolateral prefrontal cortex) may have reduced blood flow and neuronal activity, and these changes may be more detrimental than beneficial.

What are some common “high thoughts”?

When we get high, our thinking can change in a number of ways. The following changes were most commonly reported in the survey in relation to feeling high:

However, some subjects suffered undesirable side effects and experiences, such as:

How long after using marijuana do you typically experience “high thoughts”?

In research on how cannabis affects mental function, most brain regions showed significant changes 60 minutes after consuming low doses of cannabis. However, at higher doses of cannabis, there were changes at 30 and 60 minutes, with peak changes occurring at 30 minutes.

The magnitude of the effect varies from person to person, and some claim it takes longer or shorter to feel the high.

High thoughts can also vary from person to person, but the mode of consumption is the most important determinant of their duration.

Traditional edibles, for example, have a much longer shelf life than other methods such as vaping or smoking. As a result, food creates a wider window for high-quality ideas to emerge. In most cases, high thoughts should fade after peak THC levels in the brain are exceeded. However, the residual effects of edibles have been reported to last up to 12 hours or more.

According to anecdotal internet anecdotes, symptoms lasting 24 hours are rare. Still, they can occur, and it’s commonly referred to as a “weed hangover.” And while it’s uncommon, it can happen, especially in individuals with a unique THC metabolism or after a high dose. However, once you are no longer drunk, the high thoughts should go away.

Cannabis has also been associated, in rare cases, with periods of psychosis that lasted longer than the time of intoxication but tended to diminish when cannabis use was discontinued. Unfortunately, these episodes are associated with an increased risk of developing schizophrenia later in life. While scientists don’t really understand this connection, there is reason to be cautious if you’ve had similar experiences.

Depersonalization is a rare and poorly understood phenomenon that can occur in certain individuals after ingesting THC. Any permanent change in emotional state after use should be carefully considered and it is recommended to seek advice from a mental health professional.

It may take a few tries to find the right dosage where there is no tension or anxiety, but once you do, when the brain is really enjoying the high, a lot of interesting things start to happen. High thoughts can be hilarious or ridiculous, innovative or seemingly creative, or just plain dark and dangerous. But the feeling is most comfortable when the dose is right.

DOES CANNABIS RE-WRITE YOUR PERSONAL STORY WHEN YOU’RE HIGH?