What is the emerald triangle?

If you’ve seen the Hulu documentaries “Sasquatch” or “Murder Mountain”; In a documentary from Netflix, you got a clue of what’s going on in the Emerald Triangle.

In the northern part of California – about 85 miles north of San Francisco to be precise – is a lush and green, mysterious area that serves as the main location for growing the best and highest amount of cannabis in the United States.

Yes, that is the emerald triangle!

In this article you will learn the amazing and also terrifying truths of the Emerald Triangle. Its history and what makes the area popular with cannabis growers.

The name “Emerald Triangle” was well thought out. Emerald was used to denote the green color of the giant marijuana plants that can be found throughout the region. “Triangle” was used to indicate that the area was the point where three separate counties met. These three counties are the counties of Mendocino, Trinity and Humboldt. These three locales make up the three sides of the triangle.

Like I said, well thought out. So the emerald triangle.

There is more cannabis in the union of these counties than in any other area of ​​the state. In addition, their products are of the highest quality and are considered to be some of the best in the world.

The area is surrounded by hills and an open area. The population in each of these counties is sparse compared to other parts of California. The isolated nature of the area makes it perfect for part of its illegal cannabis cultivation.

The transition of a lush land area into what is now the “cannabis holy land” in the United States is amazing.

In 1967 there was a “Summer of Love” movement in San Francisco, a social sensation whose movement revolved around a counter-cultural back-to-the-land initiative.

At the event, at least a hundred thousand people gathered to spread love, as well as a lot of smoke.

At that time these people were called “flower children”. They all stayed behind in this region and in no time grew cannabis for their consumption. Over time, their farms grew and they started selling their products to support their families.

The advance of cannabis culture in California was founded back in 1967 by these progressive individuals.

It was no surprise when, less than 30 years later, the medical use of marijuana was legalized with the Proposition 215 bill in 1996.

The economy of the emerald triangle

Currently, the vast expanse of land is the primary residence of nearly 250 million people, if not more. 70% of the total population of this area are actively or passively involved in the cannabis industry of the Emerald Triangle.

Growing cannabis is their culture in this area, using techniques passed down through generations of breeders. It’s not uncommon for kids of all ages to work on their families’ cannabis plots in the Emerald Triangle.

The area’s economy would collapse if cannabis were legalized for recreational use in California or at the federal level. The illegality of the drug makes it seem expensive. In truth, a cannabis plant should be about the same price as herbs like parsley. Cannabis doesn’t take that much capital to grow.

In the Emerald Triangle, workers kept coming into town to find employment in one of the fields. Even tourists visit the infamous area. This influx of visitors also adds to the economics of the tax revenue that is given to local businesses.

Growing cannabis in the emerald triangle

The topography of this vast expanse of land obscures the activities of marijuana farmers. The agricultural settlements are scattered across the dense forests and mountains in the region.

The soil in the emerald triangle has one of the best edaphic factors suitable for marijuana plant growth.

Scientists say that the climate and microclimate of this tri-border region encourage the growth of the various strains of weeds grown here.

The unique biodiversity of the environment cannot be ignored either. It’s almost like in legends … Perfect balance between rain and sun.

Cultivation techniques have been developed based on the unique biodiversity in this area. Farmers tend to use sustainable and environmentally friendly methods for growing marijuana.

Although there are some bad eggs among them who add chemicals and other unsustainable practices to increase the size of the crops on their plots – greed I think.

Almost 2 million pounds of cannabis were produced in the Emerald Triangle last year. Each plant is 1.5 m high and wide.

Some of the popular weeds grown in this region are:

Dangers of the emerald triangle

The vastness of the emerald green triangle makes it very convenient for a person to get lost or, in extreme cases, be murdered. The area is known not only for its high cannabis production, but also for its crime rate. Especially the district of Humboldt.

The documentaries “Murder Mountain” are based on the true stories of crime in the area. Murder rates seem to increase annually as the area’s population grows. Some of these deaths are due to disputes between farmers and workers or between workers.

Although steps have been taken to curb the crime rate, I fear that Humboldt will have to make many changes before he can lose his “Murder Mountain” pseudonym.

All indications are that the Emerald Triangle will continue to be at the forefront of cannabis production in the US. The way Nepal has always been associated with the best wines is the same as Emerald Triangle remains recognized for its premium cannabis.

If you are planning a visit, plan your visit for October, which is affectionately known there as “Croptober”. This is the time when the counties will be preoccupied with harvesting activities.

Thanks to the Emerald Triangle, marijuana will remain an integral part of California’s economy – at least until the drug is finally legalized. 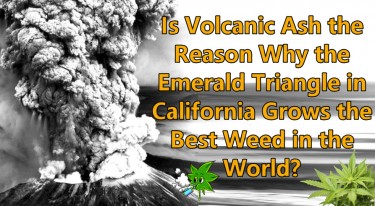 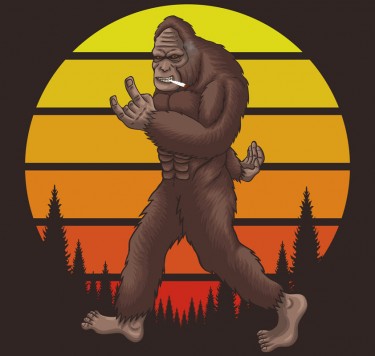 DID BIGFOOT KILL TWO MARIJUANA FAMERS IN THE EMERALD TRIANGLE?