US Menthol Ban – Will It Benefit People Or Is It A Bad Move?

With the U.S. Food and Drug Administration taking steps to ban them, menthol cigarettes and flavored cigars could soon be a thing of the past. This measure is being taken to prevent addiction and save lives, but why flavored tobacco, especially menthol? The simple answer is that it is much more addicting than unflavored tobacco, but the problem goes much deeper.

The evidence becomes irrefutable as more studies publish their results. Compared to unflavored tobacco, menthol cigarettes are easier to become addicted to and harder to quit. Menthol is extracted from peppermint and, when added to tobacco, alleviates some of the harshness of the smoke. The lung irritation caused by smoking is often enough to discourage a new user, but without it the risk of becoming dependent increases dramatically.

The smoking cessation rate of menthol smokers is far lower than that of unflavored tobacco smokers because it is more biologically difficult to do so. Nicotine is inherently addicting, but when combined with menthol it creates more activity in the brain’s reward and pleasure centers. According to a 2017 study, “menthol plus nicotine leads to more reward-related behavior than nicotine alone”.

Menthol cigarettes have been disproportionately marketed to the black community since the 1950s and have been killing them for decades. This was done strategically by the tobacco companies:

According to the CDC, “Tobacco use is a major contributor to the three leading causes of death among African Americans – heart disease, cancer and stroke.” The ban is intended to encourage people to leave public health and protect themselves. The NAACP was pleased with the announcement and issued a statement. The NAACP President and CEO Derrick Johnson had this to say; “The FDA’s ban is long overdue to protect the health of African Americans and to reduce the harmful effects of menthol smoking and tobacco use on the overall health of America.”

Studies have shown that banning flavored tobacco, particularly menthol, would have significant public benefits, but not all are convinced. Undoubtedly, banning menthol can prevent loss of life, but will it provide another reason to criminalize the black community? An FDA press release states: “Enforcing a ban on menthol cigarettes and all flavored cigars is aimed only at manufacturers, distributors, wholesalers, importers and retailers. The FDA cannot and will not take action against the possession or use of menthol cigarettes or tobacco products by individual consumers. “While this ban is aimed at retailers, there are legitimate concerns that it will create further problems with the police. 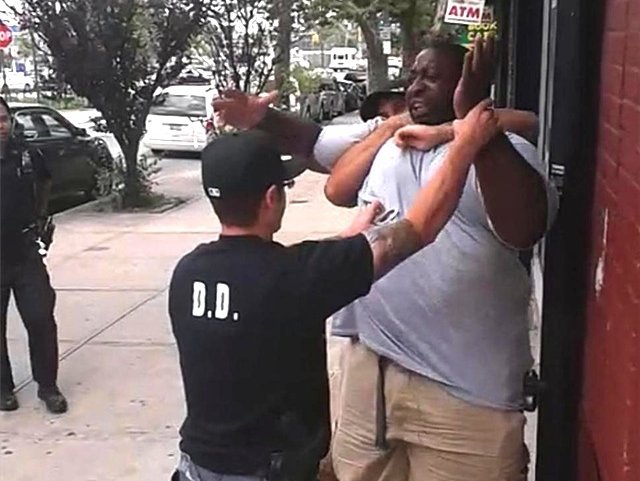 Eric Garner was killed by the police in a stranglehold. He was stopped for selling loose cigarettes.
Photo credit: Gothamist

Will the ban work this time?

The ban never really worked; they tried alcohol and cannabis; Now they want to try menthol cigarettes. Not only does this seem like a waste of time and taxes, the flavored tobacco ban is likely to lead to an underground market and more police brutality. When only thirty percent of white smokers use menthol, compared to eighty-five percent of the black population, it’s pretty clear who this ban will affect.

What is the solution?

The American Civil Liberties Union has spoken out against the ban and has written an open letter to the FDA. In it they indicate that a ban would likely create negative interactions with law enforcement agencies and instead suggest a harm reduction approach.

If implemented, tobacco companies are likely to sue and stop the ban. Currently, the FDA has to propose a rule that is expected to last a year. After that, there would be a deadline for public submissions and litigation. The ban could come into force in 2024 at the earliest.