The rise of the celebrity weed

These days it seems like every celebrity big and small is getting into the weed game. From obvious candidates like Seth Rogen, Snoop Dogg and Willie Nelson to less obvious choices like Miley Cyrus and Whoopi Goldberg, celebrity weed is here to stay!

The question is – is it good for cause or just a fluttering cash heist?

Depending on where you stand within the legalization movement, your answer may vary. For example, if you subscribe to the idea that cannabis should be inexpensive and available to all, celebrity weeds might detract from that notion.

Celebrities are notorious for staying out of touch with the average person. It is common for them to make brands of weed that sell for $ 30 to $ 50 per gram. I mean anyone can spend more than $ 300 an ounce of weed right?

Most people – up to 70% of the US in fact – have financial problems according to this Forbes article.

Are celebrity weeds too expensive?

Let’s say an unnamed – but good – cannabis strain costs $ 10 a gram, and adding Mike Tyson’s name adds at least 100% to the value of that same gram. Tyson has his own weed, but you get the picture.

Celebrities don’t endorse products if they can’t make money off of them. And understanding that celebrities are not your typical citizen – we also know that they pay more than the average person for what is good.

This influx of weeds could have an impact on the perceived price of cannabis.

“Everyone spends X dollars a gram!”

This would be an artificial rating based on the price set by celebrities. Every price point you enter into the market affects the average cost per gram. This is the median for your weeds to establish themselves in a pharmacy.

If every celebrity charges premium prices, it also affects the average price of the average weed

However, celebs bring a lot of attention to weed …

While it’s true that the more celebs get involved – the more it affects the perceived price of cannabis, another thing is also true.

Whenever a new celeb chooses the weed game, you’ll find out about it for weeks. Recently, “Steve Urkel” will support the Purple Urkel cannabis brands. Actor Jaleel White is the man behind Steve Urkel who takes this step.

As a result, the announcement got across multiple media and even got me to write about it right now. At a time when weeds are on the verge of global legalization – maybe a little more attention isn’t bad.

Celebrities also tend to invest in their businesses and in some cases – as in the case of Jay Z – work on creating massive marketing campaigns to change the social narrative.

We can all agree that this is all good for cause, but we also need to be careful not to skew the entire narrative.

Legalizing cannabis is not ONLY about money!

One of the reasons celebs are so interested in weed is – MONEY! The vast majority of them weren’t a public advocate of cannabis until it was “cool” to do so.

Now – a lot of them just use their clout to make more money out of it. The problem with this approach is that it skews the ultimate narrative about cannabis – freedom of choice!

Cannabis is not just a recreational substance, it is also a medicine!

Cannabis is not just a plant, it’s an industry too!

Cannabis is way more than just money, and one of my personal concerns is that if enough celebs have made their claim in the weed market, those who speak out against cannabis will get the ammunition to say, “See – BIG MAIRJUANA!”

If you’re a celeb who wants to dig into weeds, activism should be yours too!

I think Jay-Z was one of the top cannabis celebs. As well as getting into the cannabis game, Jay-Z created a fund to help get black people negatively affected by the war on drugs into the game.

This uses his celebrity status to give the needy a leg up. If every celebrity getting into the cannabis game could do one of the following things it would go a long way in correcting the wrongs of the past:

Hire those with previous drug convictions

I’m sure there are other things they can do, but from the top I think this is a solid approach.

Cannabis is about community

Perhaps it’s because cannabis has saved people’s lives for thousands of years and is a central medicine for human development.

Cannabis is not all about money, and while I generally agree that celebrities’ interest in cannabis is not bad, I believe they want to benefit from an industry based on the freedoms of those who have dared to oppose the government during their tyrannical rampage – you have to give something back too.

If not, it is your job as a consumer and cannabis activist not to buy their products – after all, they may only now be caught in the weeds – but some growers have been growing for decades.

I support local celebrities every day! How about you? 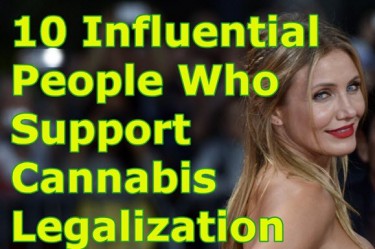 CELEBRATE THE FIGHT FOR CANNABIS LEGISLATION!