Pregnancy-related nausea is one of the most common experiences expectant mothers have. Around half of expectant mothers are affected. The nausea can occur at any time: day or night, and for some it can last all day. It varies in severity; Some people experience only mild nausea, while for other women it can be debilitating – so much so that they can even lose their appetite.

In the medical world, this is known as hyperemesis gravidarum and is usually treated with one of several conventional drugs. However, many of these drugs do not work in women. When pregnant women are unable to eat due to severe nausea, the consequences can be serious and fatal: low birth weight infants, miscarriage, dehydration, encelopathy and depression are among the many risks.

Photo by Amina Filkins via Pexels

A new study published in the journal Obstetrics and Women’s Health has found that cannabis actually works better than prescription drugs in treating hyperemesis gravidarum. Researchers from the University of California, Los Angeles, along with researchers from the Hyperemesis Education and Research Foundation in Oregon, surveyed 550 people who experienced nausea during pregnancy. Results showed that 96% of respondents reported using antiemetic medications, while 14% reported using marijuana. A majority of those who used marijuana reported that they did so because the antiemetics were not effective in treating the condition.

Additionally, 82% of those who used marijuana said they were able to experience relief and that it was effective in helping them gain weight. “This study adds to the growing literature supporting the antiemetic properties of cannabis and cannabinoid compounds, while suggesting their potential to treat HG… A minority of respondents in this survey reported using cannabis for HG; however, those who used cannabis or CBPs [cannabis-based products] reported more frequent relief of HG symptoms compared to those taking prescription antiemetics,” the authors concluded.

The authors added, “Cannabis products may be considered a more effective alternative, but more research is needed to understand their mechanism and safety… In the meantime, vendors must balance unknown risks when recommending cannabis… with the known risk of side effects and.” fetal results for refractory HG.”

There have been similar studies and reports of positive results in pregnant women using cannabis for HG.

In 2021, a study from Israel analyzing four reports found that inhaling cannabis had positive outcomes and improved quality of life for subjects with HG. Specifically, researchers from Shamir Hospital and Ariel University analyzed four women who were commissioned to undergo pre- and post-cannabis screening.

All four women reported “highly significant improvements” in vomiting, nausea and weight gain. Marijuana use also increased scores measuring quality of life. It was also good to note that the expectant mothers who used marijuana had no impact on the pre- or postnatal development of babies. “Although more research is needed before cannabis can be considered for use in HG, this report suggests that cannabis should be tested in control studies of adequate power for this severe and protracted maternal condition, considering both the effects on the mother as well as potential adverse effects on the fetus,” the authors concluded.

In another 2021 study, researchers at the University of New Mexico (UNM) analyzed symptoms in 2,200 participants from 5 minutes to an hour after consuming cannabis. They found that a whopping 96% of patients felt relief in less than an hour. 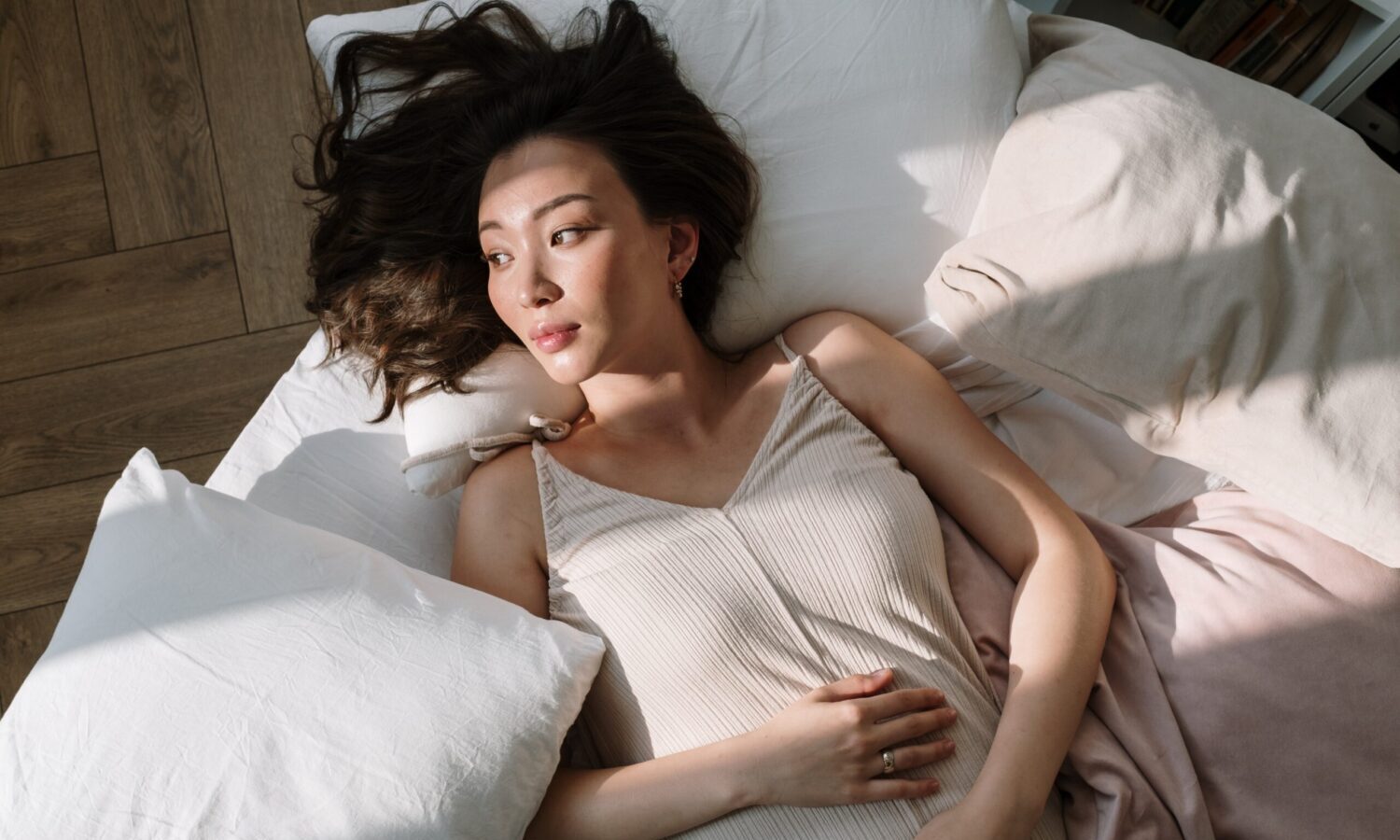 Photo by Cottonbro via Pexels

“The mechanisms behind cannabis’ ability to rapidly reduce feelings of nausea are not fully understood, but include, for example, the plant’s ability to activate CB1 receptor responses to other stimuli in the central nervous system, such as conscious awareness of internal bodily states and an example of a brain region that is naturally modulated in part by endocannabinoids that naturally evolve in the human body,” explains co-author Jacob Vigil, associate professor at UNM. “It is therefore not surprising that phytocannabinoids that develop in the cannabis plant are also effective at stimulating similar brain regions.”

It’s no surprise that more and more women are turning to marijuana to treat hyperemesis gravidarum. A 2018 California study found that more women used cannabis, and those who suffered in the first trimester and experienced extreme nausea and vomiting were more likely to do so. Researchers analyzed 220,000 pregnancies in the state from 2009 to 2016 and found that average usage was 5.3%, although this rose to 11.3% for pregnant women with severe nausea.

RELATED: Here’s why women use cannabis during pregnancy

“Our findings add important evidence to a small but growing body of research suggesting that some pregnant women may be using marijuana to self-medicate morning sickness,” said Dr. Kelly Young-Wolff, lead author of the study.

Cannabinoids act on the CB1 receptors to reduce vomiting and gut motility; Studies have also found that marijuana’s antiemetic abilities are due to the CB1 receptors found in the dorsal vagus complex, also known as DVC. The DVC houses 3 nuclei that help process information from the nerve to the gut as well as other structures in the body.

For pregnant women suffering from hyperemesis gravidarum, talk to your doctor about ways to safely incorporate cannabis or CBD products into your lifestyle. With more expectant mothers turning to cannabis for uncontrollable nausea, there are now safer options to choose from than ever before. You are no longer limited to pharmaceutical drugs to treat this condition.