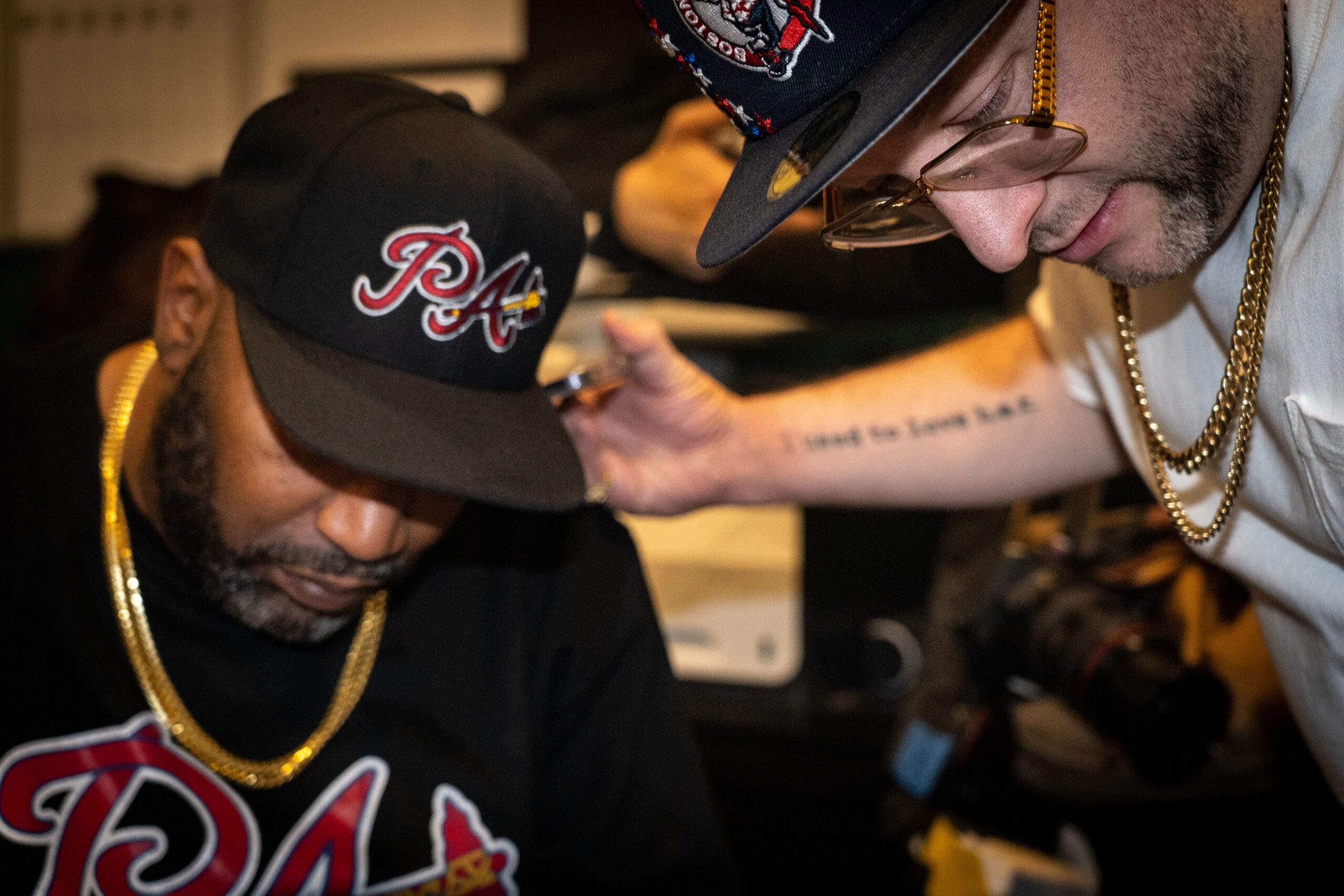 Statik Selektah, Bun B and friends at “TrillStatik 2”

One of my literal homes away is Sweet Chick. The Original Place on Manhattan’s Lower East Side is definitely a place I go to so often that I’ve eaten everything on this menu multiple times. My extraordinarily cool and creative colleagues, a New York City-based collective called The Good Life (headed by photographer Craig Wetherby), hosted their legendary family dinner and domino night every Tuesday for what seemed like forever. Before legalization, this night and location was in-the-know for New York stoners, as the kitchen staff pretended not to see groups of homies walking past them and opened the back door to light it in our private smoking section.

Currently, cannabis laws in New York City are progressive. We can smoke loudly anywhere cigarette smoke is allowed, making this restaurant (owned by John Seymour, Kyle Martin, and hip-hop king Nas) the perfect spot for creative vibes. With that in mind, it was no surprise to see that the popular Sweet Chick LES site eventually became the official hub for a live streaming of the making of TrillStatik 2 – an entire album produced by Statik Selektah featuring Bun B (of UGK) in starring was produced guests of honor. The entire project was recorded, mixed and mastered within 24 hours and is available on all platforms as of Friday 9th December. Ironically, this album took longer to write about than it took to create it.

Statik Selektah happens to be one of my oldest friends. In his early years, I personally watched him rise through the ranks of hip-hop while making the pilgrimage from Boston to New York City whenever he could. Eventually, when DJ Drama and Don Cannon’s offices were raided and the mixtape game was officially declared over, Statik began releasing commercial albums, with himself at the helm and doing 100% of the production.

The catalog speaks for itself, with nearly 10 studio albums under their belt, featuring some impressive, hard-hitting performances from the likes of Wiz Khalifa, Action Bronson and Griselda. He’s crafted special moments with his musical collaborations over the years, like the time he linked fallen hip-hop soldiers Sean Price and Mac Miller on the same track, released a song with 2Chainz, and then an entire album together made (release TBD). and then of course there is the TrillStatik series with the legendary Bun B.

I was planning to go to this event because I’m a big fan of UGK. I was super impressed with the first TrillStatik and have a lot of respect for Bun B as an incredible artist, activist and stoner. However, I got even more interested when my guy Matt from The Astor Club hit me with a “Are you walking right?” Text. As it turns out, Sweet Chick’s offices have been transformed into a pop-up recording studio, complete with an artists’ lounge with the kind of hospitality that’s worth writing about. First off, the Astor Club had one of their best on-site rollers spinning their choice of blunts or doobies for VIP guests.

The Astor Club donated half a pound of Fire RS-11. But that’s not all, there was a Puffco giveaway that had proxies and pros on deck as we dabbed out complementary drops from Trichadelics and Pressure Labz. Vibes Papers were also a sponsor which came in handy later in the evening when I was introduced to the TENCo team who allowed me to try some of this Pink Zushi which is easily a new favorite now. Kudos also to Matt from High Mart, Johnny Nunez (who Nas says has all the pics), as well as a cannabis brand Lizm, which has teamed up with hip-hop legend Jadakiss.

At some point on this beautiful evening I am absolutely overwhelmed. I mean I feel great and I’m ready to do some journalism. This is where my story becomes a cautionary tale, however. I’m just going to save some money here – I made the horrible mistake of interrupting Bun B while he was writing a rhyme. Without hesitation, I approached the legend to take my shot. “Where are we in the process?” I asked. To which he replied with a grin, “I just sat down, wrote two words, and you asked me a question.” Well, you might as well have played the Curb Your Enthusiasm theme song at this point, because I’m Shaq, basically just stumbled while sitting on the sidelines.

Realizing I’d exhausted my reception in the studio, I headed to the artists’ lounge for interviews and had the brilliant Sasso on hand to capture some song breakdowns:

“We Live” with Dave East & Jinell

high times: Guys are you ready for this album coming out tonight?

Dave East: Static?! When is this coming out?

East: No, that’s too fast, who mixes your music?

Static: That’s me. I mix everything I make.

Tell us about that shot you just took.

East: The track I just did with Bun is amazing. This was the first time I worked with him thanks to Statik Selektah. Statik just has my sound. There are only a few producers I can befriend who embody my sound. Working with statics is a layup. I heard the beat and I thought, “Let’s go!” I looked back to see who the engineer was and it was Stat who recorded me!

Static: If you want something done right, you have to do it yourself.

Mr East, what are you smoking?

East: Eastco all day baby. Eastlatto and Eastpop are coming soon and about to hit you all with the new, new.

Spesh, what can you tell us about your track record on this project?

38 Spesh: Ah man, that record we just made was real fire. I walked in, heard the beat and it was my kind of vibe. I had no idea what they were doing. When I walked in, it was a tempo I was normally used to and it was like a sample I would have personally chopped up, so when I heard it I was like, ‘Damn, they made that for me! Bun is someone who has supported me from the beginning and I really appreciate that. He’s actually one of the real ones I’ve met on this trip.

“Every hour” with Nems & Papoose

Nems, what can you tell us about your contribution to this project?

Nems: Bun said to me, “I don’t want to offend you, but can you please keep it on CONEY ISLAND as much as possible?” be vulgar Be disrespectful.” Statik sent the beat to my phone. I don’t like texting with crazy people, I like being in the zone. So I went to my truck with 2 bad bitches and wrote the verse in 20 minutes. Bun came up with that ignorant shit too, Papoose came in an hour later and made the complete package out of that shit. BINGBONG!

Paul Wall, how was this experience for you?

Paul Wall: That was a dope experience. Bun B was the first person to ever come into the studio to help us figure things out when we thought we were going to do something. He came in and taught us how to do it professionally, so he was always the big brother and mentor. We’ve been following the leader with him for a long time – he’s a leader. I actually missed the first one and ended up getting the deluxe edition. When I saw them doing that, I thought, “I have to be there.”

what are you smoking on

Paul Wall: I’ve been smoking these Astor Club pre-rolls all night, and someone just handed me a pack of 911: half sour diesel, half Haze—real New York shit.

In summary, Bun B is a brilliant artist who should always be celebrated but never interrupted. Message to Bun: I apologize for the interruption while you were creating. I’ve never had a Trill burger, and I won’t rest until we’ve had a good run. To be continued…? Trillstatic 2 is now available on all platforms.