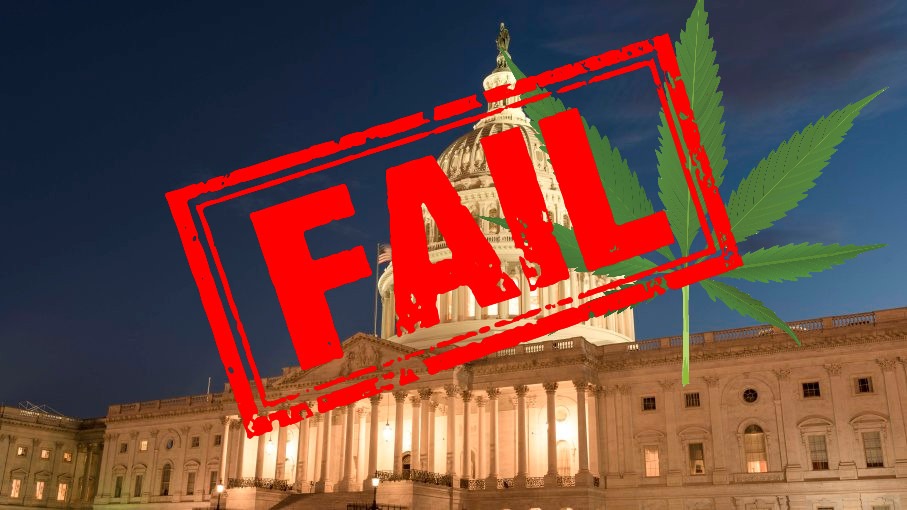 The proponents weren’t seeking a hat-trick, but that’s exactly what they got when the SAFE Banking Act failed in the US Senate for a third time.

The SAFE Banking Act is legislation aimed at creating a framework for regulating financial institutions serving the cannabis industry.

Currently, most financial institutions are reluctant to partner with cannabis companies due to the federal ban on cannabis and the risk of criminal prosecution. This has led to a situation where many cannabis companies do not have access to basic banking services such as checking accounts and credit.

The SAFE Banking Act would provide a safe haven for financial institutions serving the cannabis industry, protect them from federal prosecution, and allow them to provide services to cannabis companies without fear of legal repercussions.

The law would also provide a framework for regulating these financial institutions, including requirements for compliance with anti-money laundering and other financial regulations.

This is the third time the SAFE Banking Act has failed to pass the Senate. The failure caused cannabis stocks to fall.

37 rule of law and no official banking

Although cannabis is legal in 37 states, it remains illegal at the federal level. For this reason, banking as a cannabis company is more difficult than convincing a CNN-watching progressive that George W. Bush was an objectively worse president than Donald Trump.

The SAFE Banking Act was introduced in various forms in the United States Congress but was never enacted. It has been supported by a range of legislators and interest groups. However, it has also encountered resistance from some quarters. Including law enforcement groups, busy public health bureaucrats and members of Congress in cahoots with drug companies.

Banks and other financial institutions that defy federal laws could be charged with money laundering. This ranges from fines and penalties to jail time. Given the risks, most should simply stay an arm’s length away from cannabis-related businesses.

Jason Wilson, ETFMG cannabis research and banking expert, is hopeful. If the SAFE Banking Act cannot be passed, at least the Biden administration could do something at the federal level.

“Assuming that the Biden administration’s review of cannabis results in a rescheduling to Schedule III or higher under the CSA, the issues surrounding 280E and business expense deductibility would be resolved,” Wilson says.

This is how typical companies work. But the IRS makes cannabis companies pay taxes on gross income. That’s often triple what they would pay if the government taxed their net income like any other company.

It is unfortunate that the SAFE Banking Act did not pass. As this “would significantly improve the earnings quality of many cannabis companies operating in the US. Plus, it brings new investors to the table,” says Wilson.

Many hoped December would be a productive month for the cannabis industry. However, we will have to wait until 2023 before the Senate approves any reforms.

But how likely is it that we will see cannabis reform in 2023? Many expected this to be the year that the SAFE Banking Act would be passed.

With the inevitable looming recession, it’s an open question whether SAFE banking is a priority in an economic downturn.