Post-traumatic stress disorder (PTSD) has proven to be one of the most difficult psychiatric disorders to treat. With over 8 million people suffering from PTSD and one in 13 people who will suffer from it at some point in their lives, this debilitating condition requires medication that really works to help patients’ lives return to normal.

If PTSD patients don’t get the treatment they need, symptoms can last much longer. The symptoms vary; They can include chronic nightmares, hypervigilance, panic attacks, overwhelming or self-destructive emotions, and in some cases these feelings can be extreme enough that they lead to suicidal tendencies.

Because of this, psychiatrists and therapists have to turn to different treatment techniques, and in some cases they do not work effectively. Conventional methods typically recommend cognitive behavioral therapy, exposure therapy, eye movement desensitization, antidepressants, and anti-anxiety medications, or a combination thereof.

Fortunately, there is growing evidence that cannabis holds great promise for treating PTSD. One of the most recent studies was carried out by Dutch researchers in the Netherlands and its results were published in the Journal of Basic and Clinical Physiology and Pharmacology. For the study, they analyzed data from the past 10 years from PTSD patients who took a range of cannabis medications, including THC, plant extracts, synthetic cannabinoids, and / or CBD.

“Cannabinoids have been shown to improve overall PTSD symptoms, including sleep quality and quantity, hyperarousal and treatment-resistant nightmares,” the authors write. “Cannabinoids have been shown to be an effective treatment option for patients with PTSD. Not only do they help alleviate symptoms and improve extinction training, but they are also relatively well tolerated, ”they conclude.

Another recent study, and the first FDA-regulated, double-blind, placebo-controlled study of the effects of smoked cannabis on veterans with PTSD, reported that those given higher doses of THC showed the most significant improvements. The study, which was also carried out by MAPS (Multidisciplinary Association for Psychedelic Studies), found that cannabis mixtures with 9% THC were the highest, although those with 11% THC and 8% THC with 8% CBD were also effective.

RELATED: Survey Shows 75% of Veterans Are Interested In Cannabis

“This study served as the first randomized, placebo-controlled study to compare the therapeutic potential of different ratios of THC and CBD for treating PTS symptoms,” said Dr. Marcel O. Bonn-Miller, the lead author of the study. 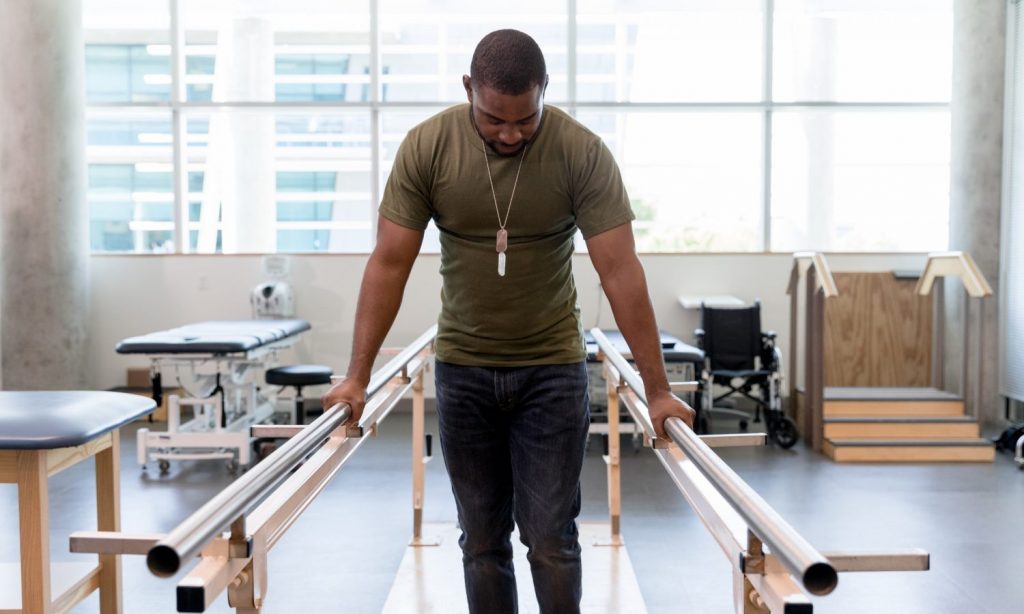 Dr. Bon-Miller stated that larger studies, also randomized and placebo-controlled, needed to be conducted to determine what “minimally effective doses of THC are required to safely treat people with PTSD while reducing the risk of cannabis dependence of this vulnerable population ”would be.

“One of the biggest takeaways from this study is that veterans with PTSD can consume cannabis in self-administered doses, at least in the short term, and avoid multiple side effects or worsening symptoms,” says Mallory Loflin, co-author of the paper on a separate study with 150 participants.

Why does cannabis work so well for PTSD?

The studies available today suggest several reasons. One is that cannabis reduces amygdala activity; since the amygdala is the part of the brain associated with our fear-based response to perceived threats. A study conducted by researchers at Wayne State University found that PTSD patients who consumed THC showed a decrease in amygdala activity, meaning they had fewer measured symptoms of anxiety and fear in situations that would normally elicit trauma-based responses had.

The authors wrote that “THC modulates threatening processing in traumatically exposed persons with PTSD” and that cannabis “may prove beneficial as a pharmacological approach to the treatment of stress- and trauma-related psychopathology”.

The other reason scientists believe how cannabis deals with PTSD suggests that the cannabinoid in the plant helps clear out traumatic memories. A study, this time from the Federal University of Parana in Brazil, shows further evidence on how. However, this technique of treating PTSD by erasing bad memories was first adopted by R. Andrew Sewell, an associate professor of psychiatry at Yale, who says cannabis has the ability to “overwrite” these traumatic memories through “extinction learning”.

The Brazilian study analyzed the cannabis literature from 1974 to 2020 and combed data from human studies to support Sewell’s theory. They found promising results, particularly in the area that suggests that low-dose THC or THC mixed with CBD is effective in increasing the rate of extinction for traumatizing memories while reducing the fear response. Their results suggest that THC is most effective at extinction rates.

“Based on the physician-administered post-traumatic DSM-IV scale, study participants found a more than 75% reduction in CAPS symptom scores when using cannabis than when they were not,” according to the results of one study 2009 to 2011 with the psychiatric evaluation of 80 patients who applied for the marijuana program for PTSD in New Mexico.

The evidence only keeps growing

Because of the incredible therapeutic benefits of cannabis for PTSD, more and more people are turning to cannabis as an alternative drug. This is amazing news for anyone who suffers from PTSD, whether you are a veteran or not.

We can only expect more studies to show how useful cannabis is for PTSD. This is a terrible disease that robs people of quality of life, but the answer lies in the humble plant that does so much: it promotes a good night’s sleep, reduces the recurrence of traumatic memories, promotes mental and physical well-being, and ultimately enables the patient regain control of their lives.