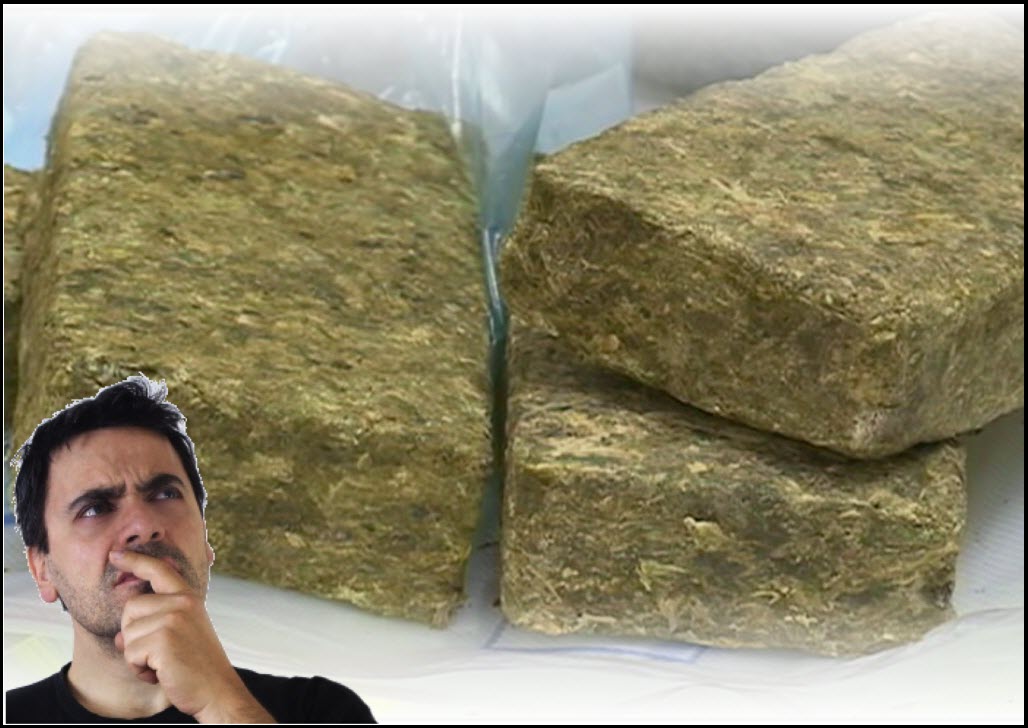 If you are just starting out to smoke weed, you will never understand what it was like to live under the tyrannical politics of cannabis prohibition.

When you use other drugs, you may feel a sense of the historical situation, but you will never really understand how shitty things really were / are.

In today’s article I want to outline some of the things that today’s youth will never know. Things to remember so we don’t repeat the same shit over the next few decades.

Because we saw the spectacular failure of the ban on one substance – the alcohol ban – and decided to apply the same strategy to a large number of other substances.

And then – OUTSOURCE IT TO THE WORLD.

Why? Because drugs are bad or something … especially if they’re not made in the big pharma nut sack.

And so – dearest Reeferiten – we begin with the analysis of what should never be repeated.

Drugs are bad – but only if there is no quality control!

In 1971 – when the Controlled Substances Act was signed by a criminal president who essentially gave the pharmaceutical industry control over “all drugs” – the argument was that “drugs are dangerous”.

However, the truth did not reflect politics – as is usually the case when it comes to drug politics.

Before the crackdown on illegal drugs, very few people used drugs. There have been drug poetry since the beginning of civilization. However, until the government actively tried to eradicate drugs from the existence of reality, people really began to use drugs.

What followed was an explosion in illegal drug production and the creation of transnational criminal organizations. These TCOs – like any good capitalist company – aim to maximize sales while reducing costs.

You know how – “dog eats dog!” and “The strongest and most ruthless will survive!”

Over time, cheaper basic products were used and then cut with other chemicals. go through countless hands and crowd into millions of rooms so as not to be discovered.

The drugs actually went bad because of the ban.

In the 1960s there was a movement in what is now the “Emerald Triangle” where cannabis was selectively grown based on its genetics.

In the rest of the world, however, you got what you got!

And what you got was BRICK WEED!

Latin American drug cartels shipped tons of Shwag across the border because Americans loved it! They smoked tons of it!

Nobody complained about the seeds, the sticks, the bad taste, the itchy smoke. Why? Because $ 10 was a shit load of weed!

Before, a $ 10 purchase could easily take a month if you smoked Doobies three times a day. Well – I may be exaggerating a little for the US – but Mexico used $ 25 to get you a kilo, so weed was pretty cheap.

Sometimes you’d get better weed, sometimes you’d get the worst. You could always tell which part of the brick you got – whether the crispy top nugs, everything fat and sticky [but still seedy as fuck] – or shaking at the bottom of the bag.

Compared to the quality of the weed available on the black market, the weed was essentially hemp during the height of the ban.

The government didn’t just want you not to smoke weed or use drugs – they wanted you to hate it! They created ridiculous propaganda campaigns and literally went to school indoctrinating kids like it was a Hitlarian-wet dream.

In the 1980s, the CIA caused the crack epidemic and, as a result, “YOUR CHILDREN NEED PROTECTION!”

What better way to keep our children safe than lying to them about drug use and creating stereotypes that would exclude anyone who dared to break the status quo?

At the same time as the US government decided to launch its “war on drugs!” To outsource, general “re-education” programs have been implemented.

I mean – why oppress a nation when we can “American” oppress the world?

Re-education required science to secure it – even if science would not support it. The government funded millions in bunk research to use as “evidence” for the narrative – effectively jeopardizing scientific objectivity.

Fortunately, these campaigns simply fueled a counterculture that equated cannabis use as “sticking on the man!”

Smoking a blunt was a freedom fighter!

They are ALL criminals NOW!

I hope that we will reach a threshold in society where we understand that drugs are a part of life and that it is not just unethical to forbid someone else to choose what they can and cannot build into their own body – it is the telltale sign of authoritarianism.

If we want to live in a society that respects people’s right to express themselves, they think it is right – then we must not be hypocrites in excluding the freedom to use a lot of drugs!

This does not mean that we encourage such behavior – but everyone should have the right to choose.

Prohibited – anyone who simply smoked weed was a criminal. You broke the law by burning a plant and breathing smoke into your lungs!

Given that cannabis was (and is) the most widely used “illegal drug” on the planet – anyone who smelled of weed was a police target! If you happened to be black, brown, or any color other than “Patriot White” – you got extra fucked!

Now you know how the “Land of the Free” became the largest prison population in the world.

You children are lucky. You have to fight the corporatism of cannabis and argue over whether the packaging is the right color or some shit.

For us old-school stoners, we were forged into the fire of prohibition. We had to walk in shady neighborhoods, harassed by the cops, “educated” by the school system, and shit by our colleagues for smoking weed.

There are no certainties in life but death and taxes – and government shit!

The ban was a dogmatic approach to governance. An attempt is made to regulate morality on the basis of a certain configuration of “moral principles”.

The government used programs like DARE to create “The Gospels of Prohibition,” which were then thrust down the throats of many people making laws today. Therefore the “potency wars” are maybe a thing …

Prohibition is the way tyrants deal with problems, and if you examine it carefully for what it means – it is very similar to religious doctrine – which is based not on science but on beliefs and fears.

Questioning the official narrative was like heresy … oh wait – that shit goes on today, doesn’t it? 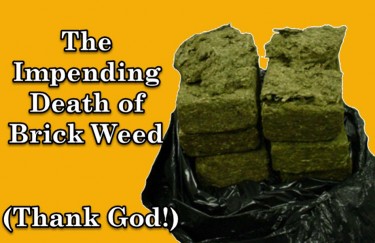 THE DEATH OF BRICK, THANK GOD, READ THIS!