How cannabigerol can help fight antibiotic-resistant bacteria and viruses

One of the most common threats to people who have become a global health challenge is drug-resistant infections. This threat increases fears that the chances are our generation will return to the pre-antibiotic era, as such diseases are life-threatening.

Over 700,000 people die each year from drug-resistant infections. This number is increasing every day and has led scientists and researchers to search for new antibiotics that work against superbugs.

Cannabigerol (CBG) is a form of cannabinoid from cannabis plants and is often referred to as the “mother” of all cannabinoids. Cannabigerol holds an exceptional place in the hearts of cannabis researchers and users as other cannabinoids are derived from its acidity.

CBG is also found in the cannabis plant in lower amounts than other cannabinoids, as in most plant strains; You can find 1% CBD as opposed to 20-30% THC in the plant.

As a result, CBG products are rare and very expensive. Researchers have found that CBG offers many benefits to the medical world, which has increased its popularity.

Antibiotics are drugs used to prevent and cure bacterial infections that save people from dying if the infection spreads without a cure. However, antibiotics are also seriously threatened due to the availability of different types of antibiotic-resistant bacteria.

These bacteria, which overcome the effects of even the strongest antibiotic, are a problem that has caused the pharmaceutical industry to stagnate with the development of new antibiotics. In addition to climate change, the antibiotic resistant crisis is also seen as a global threat.

How can cannabigerol help?

In conducting tests to resolve this threat, it was found that natural ingredients in cannabis could offer a solution to the crisis. According to a recent study, cannabigerol was identified as a chemical found in the cannabis plant that can kill stubborn bacteria.

The antibacterial activities of cannabinoids (the chemicals in cannabis) suppress and fight this group of bacteria effectively.

RELATED: What Is CBG and Is It Legal?

Developed by two MacMaster microbiologists, Dr. Omar El-Halfawy and Dr. Maya Farha, research shows that scientists need to rethink new ways to discover the next antibiotic. With all of the focus on cannabigerol, it is obvious that this cannabinoid is the future. 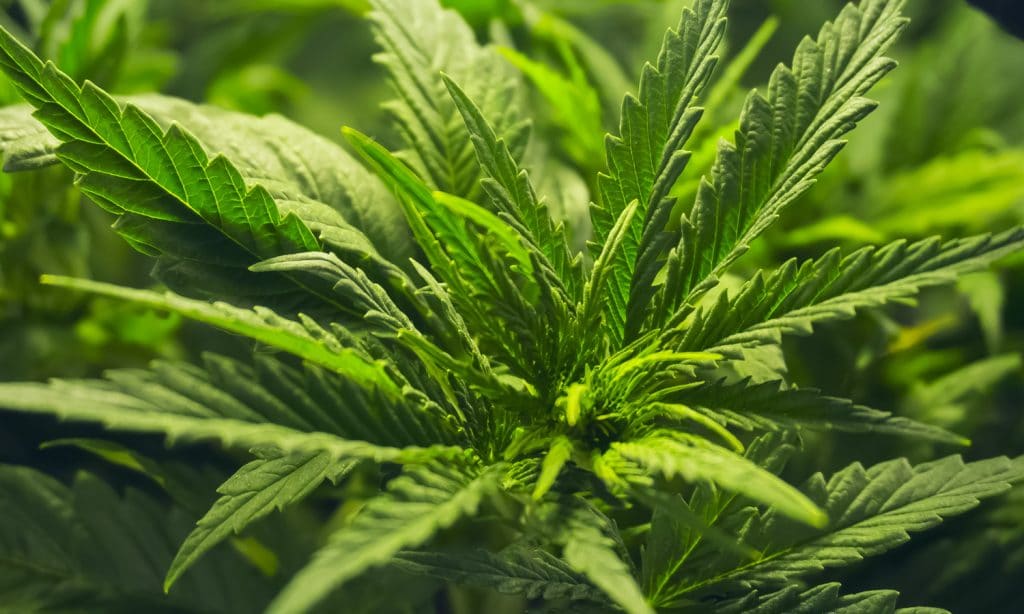 The cannabinoid is also an attractive research area with enormous potential for long-term solutions to this crisis. Scientists hope, therefore, that their discovery will lead to more antimicrobial research into the possibilities of cannabinoids.

CBG has been shown to be effective in killing normal bacterial cells as well as other persistent cells that have shown excellent resistance to antibiotics. CBG has also been effective in preventing and destroying biofilms that cause buildup on the person’s skin.

RELATED: What You Need To Know About The Healing Benefits Of Marijuana CBG

Although these test results are preliminary, there is very high potential for additional results and further study. A powerful solution can come from CBG.

The power of cannabigerol in the cannabis plant.

For decades, researchers have agreed that cannabinoids, especially cannabigerol, have antibacterial properties. For example, cannabis extracts have been used as antiseptics in many parts of the world since the 1950s. This finding confirms the fact that cannabinoids still have much untapped potential for antimicrobial development.

The medicinal properties of cannabinoids are also helpful for the human body, which makes them a good starting point for the development of new antibiotics. The McMaster University team tested 18 strains of cannabinoids and other related molecules against several antibiotic-resistant superbugs. 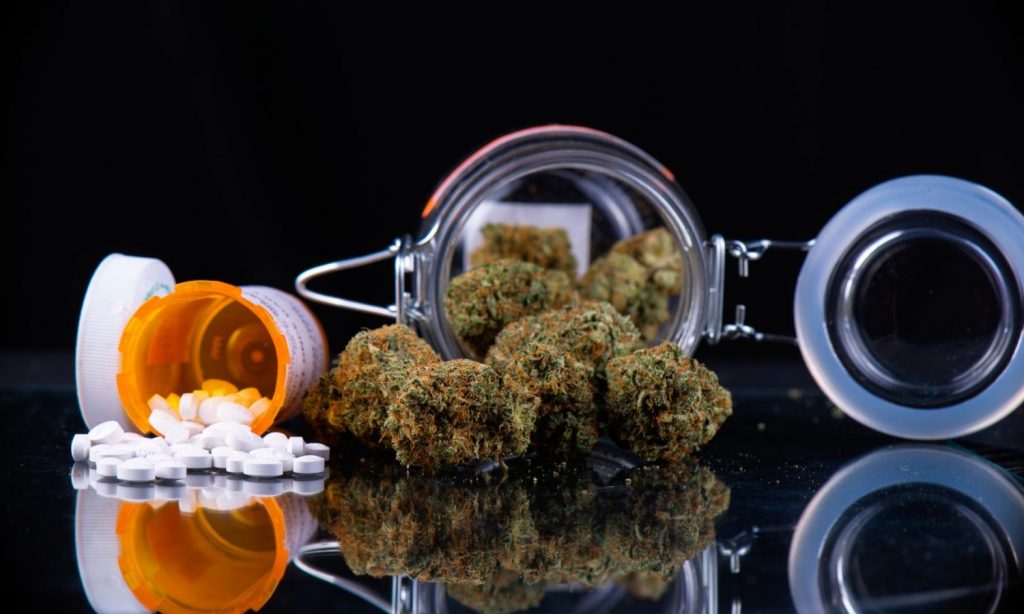 The researchers also collected various antibiotic-resistant bacteria in local hospitals to see if the cannabinoids killed the bacteria. They immediately discovered that during their experiments, CBG had unique and exceptional antibacterial activity against other groups of bacteria.

Their discovery also revealed that CBG is a non-psychoactive and non-sedating chemical that is great for antibiotic development for both animals and humans. Interestingly, unlike other cannabinoids like THC, you can’t go high with CBG.

A combination of significant chemical compounds with the inability to get you high makes cannabigerol the perfect candidate for a solution to this global health crisis. Since CBG cured MRSA infected mice with no toxic side effects, this means that it has high potential for humans.

Scientists also discovered that within 30 minutes of being treated in mice, CBG stopped bacterial growth and killed any MRSA bacteria that are tolerant of topical antibiotics like ciprofloxacin. In addition, CBG has also been tested against the most brutal gram negative bacteria. 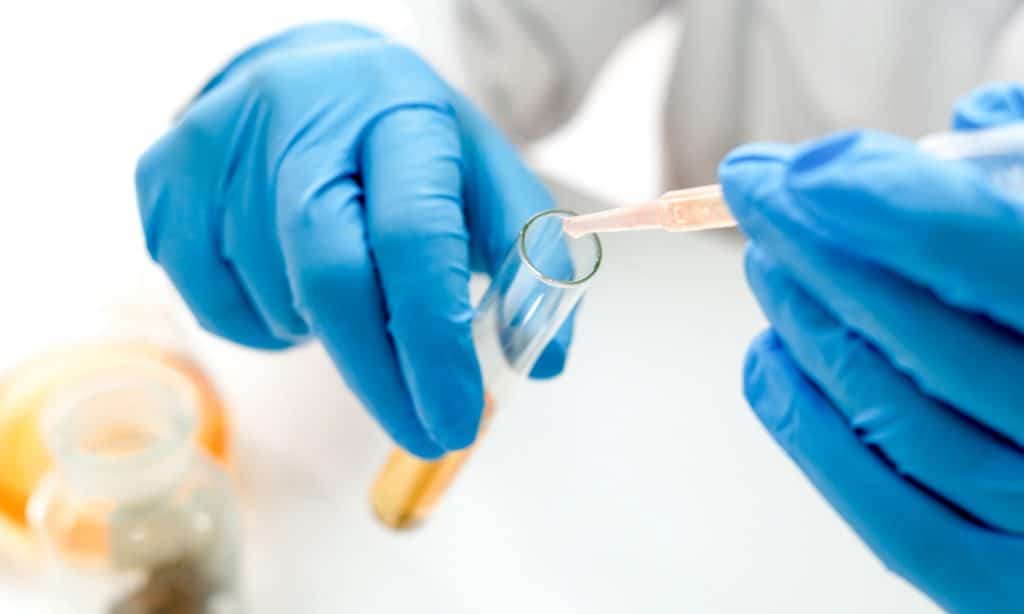 Many antibiotics are ineffective against gram-negative bacteria such as E. coli because the antibiotic cannot get into the bacterial cell. CBG “alone” could not kill E. coli, but when maximized in combination with another antibiotic (such as a polymyxin B), the E. coli membrane becomes easily penetrable.

With the penetration, CBG gets into the E. coli and kills the bacterium!

Yes, the cannabis plant brought us a miracle through cannabigerol, and so many health professionals are excited about the breakthroughs this will bring on a global scale. However, it will take some time to become commercially available due to rigorous CBG safety testing and pre-clinical development trials.

The world is still in a period of awakening to the possibilities cannabis offers. So much has been discovered about cannabis to date, and much more can be done if scientists and researchers continue to ask questions and test the cannabis plant.

The threat of antibiotic resistance is one of the many global health challenges solved with the chemical compound in the cannabis plant. The potent cannabinoid cannabigerol has been shown to contain antibacterial properties that can effectively fight the global threat.

Nobody knows exactly what the future holds, but one thing is certain: cannabis and its cannabinoids will be a big part of it.