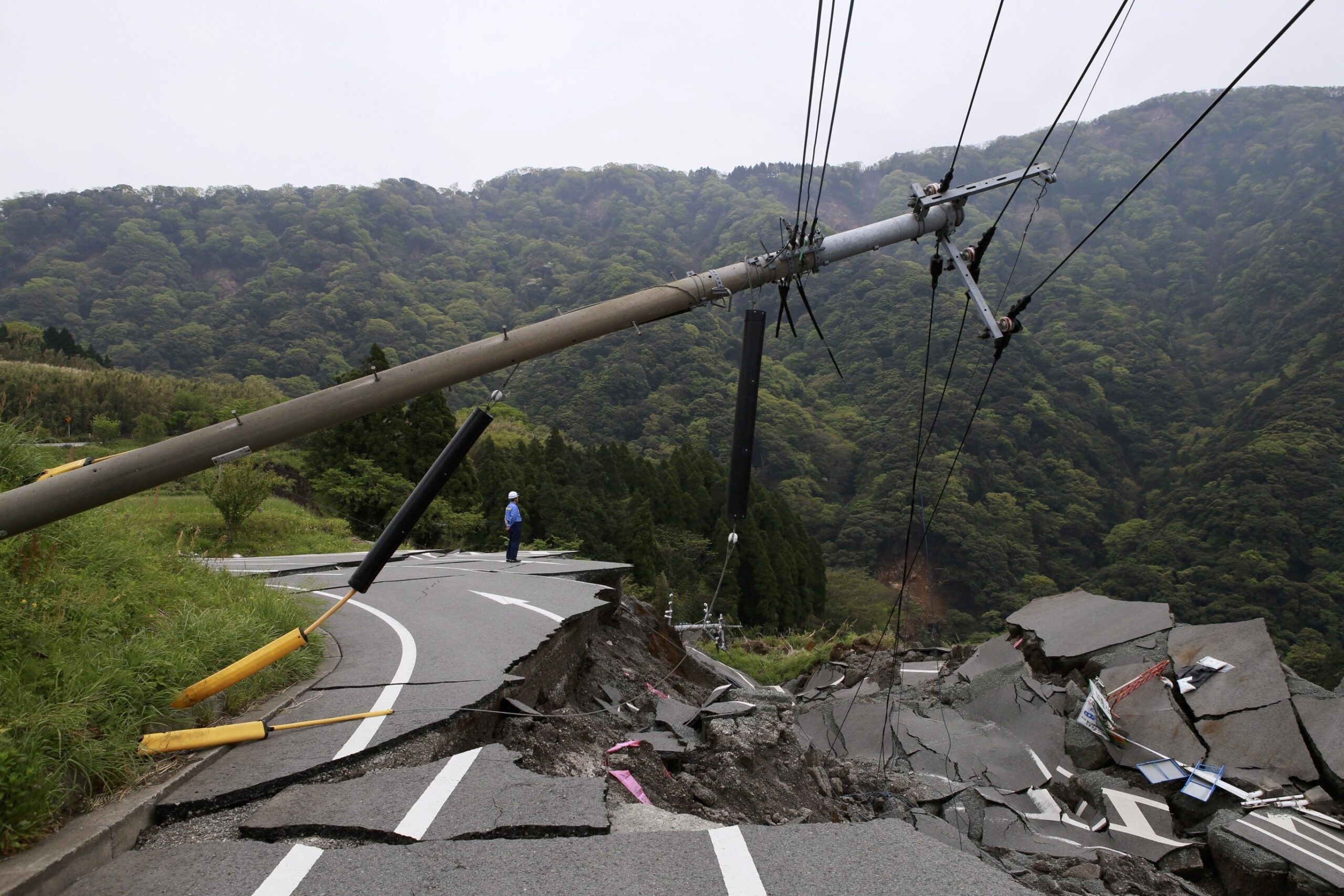 California’s famous cannabis-growing region, the Emerald Triangle, was struck by an earthquake early Tuesday morning, killing two local residents and leaving tens of thousands of people without power. The earthquake, which measured 6.4 on the Richter scale, also injured about a dozen and damaged homes and businesses in the area.

The ground began shaking at 2:34 a.m., with the tremors being concentrated near the town of Ferndale, a community about 210 miles northwest of San Francisco in Humboldt County. The epicenter of the quake was offshore, about 10 miles below the surface of the Pacific Ocean.

Humboldt County, along with neighboring Trinity and Mendocino counties, forms California’s infamous Emerald Triangle, where cannabis growers have for decades cultivated premium marijuana that is famous around the world. Johnny Casali of Huckleberry Hills Farm reported that his former cannabis operation in southern Humboldt County lost power during the power outage but was not damaged by the tremors. Redwood Roots’ Chris Anderson said southern Humboldt County wasn’t hit very hard by the quake, but he’s heard reports of broken water mains and homes being blown off their foundations in the central part of the county.

Damage to buildings and infrastructure is still being assessed across the region. About 72,000 Pacific Gas and Electric customers have reportedly lost power as a result of the earthquake. As of late Tuesday, the utility had restored power to about 40,000 customers and expected power to be restored to the remaining homes and businesses without power within 24 hours. The outage affected a main transmission line into the area and repairs were slowed by rain, which prevented a helicopter from assessing damage sustained by the line.

In a news brief, the Humboldt County Office of Emergency Services reported that “two people have died as a result of medical emergencies that arose during and/or shortly after the earthquake.” According to media reports, an 83-year-old and a 72-year-old were among the dead. The Humboldt County Sheriff’s Office reported that at least 11 people were injured during the quake. Injuries sustained from the shaking included a broken hip and a head injury, according to media reports.

California Gov. Gavin Newsom declared a state of emergency in Humboldt County on Tuesday evening. Brian Ferguson, a spokesman for the California governor’s office for emergency services, noted that two hospitals in the area had lost power but were running on generators. Ferguson also said damage to the area appeared to be minimal given the magnitude of the earthquake.

The inhabitants of the Emerald Triangle are used to the relatively frequent earthquakes. But some said Tuesday’s tremors were more violent than the rolling motion of many of the region’s tremors.

“You could see the floor and walls shaking,” Araceli Huerta told the Associated Press. “It sounded like a freight train going through my house.”

Damage from the quake was reported in Ferndale, Rio Dell and Fortuna, Emergency Services Director Mark Ghilarducci said at a news conference in Sacramento. The damage was worst in Rio Dell, where at least 15 homes in the community of 3,000 were considered uninhabitable. Another 18 homes suffered moderate damage, officials said after a partial assessment of the area. About 30 people were displaced by the damage, but officials warned the number could rise to as many as 150 after a full assessment of the earthquake’s impact is complete.

Rio Dell’s water system has been shut down and will remain out of service for up to two days while leaks in vital infrastructure are repaired. The local fire brigade distributed drinking water and mobile toilets were set up in front of the town hall for residents.

“It felt like my roof was falling off,” Stoner said. “The only thing I could think about was, ‘Get the damn kids.'”

Aside from the emotional shock of the early morning quake, Stoner’s family was not harmed. But by the time she got to work at a local retail store, ceiling tiles had fallen, shelves toppled and merchandise scattered across the floor.

The earthquake occurred in an area known as the Mendocino Triple Junction, where three tectonic plates meet off the Pacific coast of Northern California.

“We are at this moment in geological time where Humboldt County and the adjacent offshore area is the most exciting and dynamic area in California,” Lori Dengler, professor emeritus of geology at Cal Poly Humboldt, told reporters.