Does mixing different cannabis strains get you better?

Everyone has a favorite variety. Or two or three or more.

But have you ever tried smoking them all at the same time? And no, we don’t mean smoking two joints at the same time. We mean mixing the buds together to see how much taller you can get and what a unique experience it gives you.

Anyone who has used mixed strains of cannabis in the past can tell you that doing so leads to a different result that is really fun. Not only will it change the taste, but mostly much higher than a variety. Many refer to this as “making a salad,” and this is a great way to customize your cannabis high.

You can also enjoy many health benefits by combining the cannabinoids and terpenes of the different strains in your system. This is known as the entourage effect. Put simply, it allows the hundreds of compounds in the plant to work synergistically with one another to improve health, although the stronger high is just an amazing “side effect”. Recreational users can benefit from having more control over their hits as the combination of strains gives them the opportunity to experiment with different sensations. On the other hand, medical users can also benefit from it, for example by combining sativas with indicas for a more balanced effect.

Cannabis breeders and seasoned enthusiasts also see the preparation of a salad as an opportunity to see firsthand what it would be like if two or more strains were genetically combined into one strain. You can also combine a strong high THC strain with a lower THC content or a high CBD strain to temper a strain. The combined effects are useful if you are planning to go to a social event, when you don’t want to get too stoned out of your brain.

Of course, mixing cannabis strains is also a great way to add variety. You may have a huge supply of one strain that you smoke all the time. Adding a little bit of a different strain to the mix will change the effects and taste so you can see how they react to each other. Also, many people genuinely believe that many strains should be smoked together.

Before experimenting with different strains, you should study the terpene and cannabinoid profile of each strain. Instead of blindly mixing strains to see what happens, it is recommended to mix complementary strains or one that contains something that the other lacks.

You could have a deliciously satisfying hybrid with nothing more than a sativa and an indica on your hands. This would give you a 50-50 effect with each of their strains. However, if you want a medicinal effect, do some research online to find out what effects these strains have.

It’s always a good thing to keep in mind that you should have a solid strain as the base for the mix, one that has powerful and long-lasting effects. Some good ones to use as a base are OG Kush, Sour Diesel, AK-47, Girl Scout Cookies, and Purple Haze. Now you can look for a second or third strain that you think could complement the base.

Some tips for complementary strains include checking the cannabinoid and terpene content on the label and considering which strains are known for certain effects you are looking for. Would you like strong energy, creative focus or a balanced high? Also, remember that cannabis is so much more than just mixing THC and CBD. You can also look for smaller cannabinoids that have been in the spotlight lately, like THCV, CBC, and many others. Smaller connections can actually add to a great log combining experience.

Another way to mix strains is to mix them according to taste and aroma. in other words, look for terpenes. Terpenes are often overlooked, although they have gained traction among cannabis enthusiasts these days for the important role they play in enhancing the therapeutic benefits of cannabis in your body. For example, you can combine sweet varieties with fuel and pine flavors. In general, most lemon and blueberry varieties mix well with pretty much any variety.

There is also the option of mixing strains when making food. In fact, this is already widely done by edible manufacturers. However, it is very mild to notice the differences in effects and taste when it comes to food compared to smoking.

Combining cannabis strains should be 50% fun and 50% experimenting. It will take time to find the right mix and dose to get the effect you want.

Here are some excellent stem combinations to try:

Last but not least, as with anything new, go slowly and don’t smoke too much of it. Make sure you are at home when testing your new cannabis cocktails. You want to smoke less than usual so you can watch the effects and the high. Be open and be prepared for unique flavors and experiences. Don’t take it too hard if it doesn’t come out the way you want it the first time. Mixing logs takes time and practice, and once you master it better, you’ll be amazed at how rewarding and delicious it can get!

Have you ever tried mixing strains? How was your experience

NEW STRAINS AND COMBOS, READ THESE … 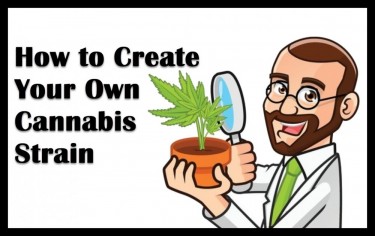 HOW TO MAKE YOUR OWN CANNABIS STRAIN, READ THIS! 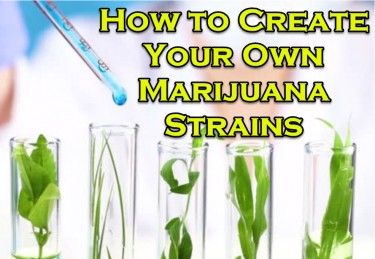 HOW GROWERS CREATE NEW MARIJUANA STRAINS IN THE LAB!