Difference Between a Marijuana Dispensary and a Liquor Store

Back when cannabis advocates first successfully tried to legalize recreational marijuana at the state level, one of the most popular phrases used to describe what it might look like is “similar to alcohol.” The gist of the pitch was that with the legalization of marijuana, a taxable and regulated market would be introduced – just like the alcohol trade – that would allow adults 21 and older to buy cannabis products in the same way they could buy beer in a liquor store.

A few years later, several states have marijuana dispensaries with more to come. But what is the difference between entering a neighborhood weed store and retail stores tailored around the alcohol user? You will be surprised to learn that the two are very different.

Unlike the average liquor store Marijuana pharmacies wants to make sure a person is of legal age before ever stepping in. These facilities usually have security guards at the entrance to check IDs.

RELATED: Should You Tip Your Budtender?

You won’t see a weed buyer standing at the cash register of a cannabis dispensary patting his pockets in a panic to show a driver’s license that may or may not exist. You know those who might say, “I don’t know what to tell you, I think I left my ID at home” while trying to convince the employee that they are actually 21 years old. Without proof that a person is of legal age to buy weeds, they just can’t get further than the front door.

Alcohol customers can go to a liquor store and find the drink of their choice without much social interaction. They don’t need to be told where to find the Mad Dog 20/20, and they certainly don’t need anyone to explain how the drink might make them feel. But a marijuana dispensary is a different animal.

RELATED: 4 Things You Must Know Before Visiting a Marijuana Pharmacy

In a cannabis dispensary, not only is an employee waiting in advance to call customers, but several employees on the floor answering customer questions and making product recommendations. The pharmacy experience is more like walking into a retail store with staff working on contract than buying a bottle of Hooch from a liquor store. 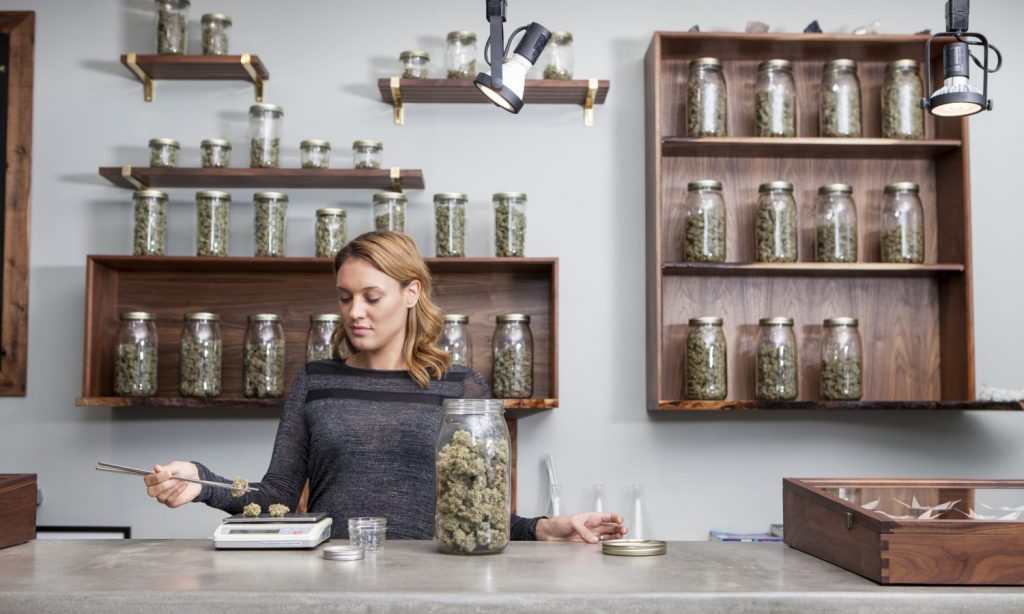 Even if a Cannabis user is an old pro at shopping legal weed in his favorite pharmacy. The process is always the same: show your ID and wait for customer service to offer help. It’s not like a liquor store where a person can just walk in and grab a six-pack of their favorite beer and get out in a matter of minutes. The person who buys weeds, even if they know what they want, will still spend more time indoors than the people who visit stores that sell alcohol. There are sometimes long lines in a pharmacy, and Budget tender They have been known to spend 10 to 20 minutes with new customers making sure they are getting what they need.

RELATED: AOC: Marijuana dispensaries should stay open as long as liquor stores do

If anything, buying marijuana from a pharmacy is more like visiting a wine store. Even if a customer just picks up a bottle of Cabernet Sauvignon, they’ll likely end up going out with a bottle of something else too, most likely based on an interesting conversation with a salesperson about a specific product.