Cannabis and Heart Attacks – What the Latest Research Tells Us

In the past decade, cannabis use has increased among the young population. You indulge in the drug for recreational purposes, among other things; although the drug is banned at the federal level.

Despite advances in science, we still know little about the risks associated with cannabis use.

There have been several unsubstantiated claims linking marijuana to heart attacks in the past. A few years ago, a report found that marijuana only had adverse effects on the heart and blood vessels – no benefit.

However, it was recently found that at least 6% of heart attack patients under the age of 50 had previously used cannabis. While young cannabis users between the ages of 18 and 44 were more likely to develop heart problems than their peers who didn’t.

Limited research has been done to link marijuana to heart attacks. However, some research has linked cannabis’ chemical compounds – cannabinoids – to a risk of heart attack. However, very little is known about the way THC affects the cardiovascular system.

Now is the best time to find out more about the effects of cannabis on the heart. Because cannabis is legalized in different countries around the world and the public needs correct information in order to be made aware.

This information would also neutralize the false claims that have been made about the side effects of cannabis products on the health of the user.

This article will give you an idea of ​​what recent research has found on cannabis use and its effects on the user’s cardiovascular health. This description would be based only on truths and not on unsubstantiated claims.

A number of studies have linked heart problems to cannabis use. However, more research is needed to determine which form of cannabis use is responsible for these problems.

Health facilities in some countries have adopted the use of cannabis-based drugs. It is used to treat patients who have very severe symptoms that conventional medical treatments do not seem to lose weight.

With the recent association of increased heart problems with cannabis use, it is understandable that the public is upset.

There are still some unknowns in this area due to limited research.

They say the burn in the body is likely to create some harmful particles that harm both the user’s respiratory tract and cardiovascular system. Consuming cannabis by vaping or eating food may be safer compared to smoking.

The heart problems associated with marijuana use include:

The problem right now is that several studies have shown a link between cardiovascular problems and cannabis use. But no one has proven the cause of this phenomenon.

Fact 1: The level of risk depends on how the cannabis is consumed

Marijuana increases your heart rate and the number of heartbeats in a minute. The Annals of Internal Medicine (AIM) published a study in 2019 that found that foods appear to be at higher risk of heart problems than vapors. More research is needed to determine how true this is.

Cannabis users previously diagnosed with cardiovascular disease are more likely to have strokes, especially if they smoke marijuana.

The delivery of cannabis affects the heart. How much influence it has is unknown.

A systematic review was carried out in 2018. The review was conducted on nearly 30 studies whose case studies looked at marijuana use and its effects.

Some of this research found that marijuana was beneficial for the body’s metabolic functions.

50% of the research presented focused on the cardiovascular risk factors that can result from consistent use of marijuana.

The rest of the research presented was inadequate and inconclusive. They were very little exposed and carried out some inadequate assessments.

New studies are underway, however, and the recent legalization of marijuana in some states in the United States and Canada will help scientists and associations alike. You wouldn’t be constrained by the fear of being found on a Schedule 1 drug.

Older studies are being removed as better and improved research is carried out on the particular role marijuana plays when it is absorbed into the human body.

Fact 3: More research can be done if marijuana is not listed as a List 1 drug at the federal level

Medicines listed as Appendix 1 have no medical benefit and a high potential for abuse.

Many hands are tied to it. Many scientists have realized that the government may be blind to the fact that while marijuana has many risk factors, it can also have significant benefits for the human body. Not to mention that recreational use of THC is increasing despite the federal government’s restriction on cannabis.

The American Heart Association (AHA) has asked the Drug Enforcement Agency to review its stance on marijuana.

The association noted the need for modern measures that allow better research into the effects of marijuana on the heart.

Rather than banning the drug entirely, the AHA recommended that there should be an approved concentration of THC and CBD levels.

If drug control agencies can take the proactive approach suggested by AHA, then there will be extensive studies to improve on the numerous studies that have identified the risk factors for heart problems. There would be different research based on the cannabis delivery device used.

This is the best way to discover quality information about cannabis.

The AHA recommends people with diagnosed heart problems stay away from cannabis. Either by vaping, eating or smoking.

The sooner scientists are free to conduct more intensive research on cannabis, the sooner the public will have access to information that illustrates the therapeutic use of cannabis and its cardiac side effects. 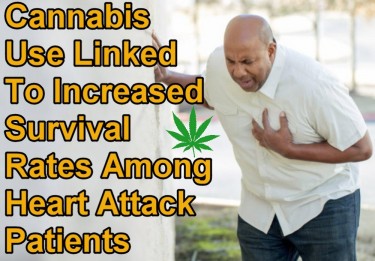 CANNABIS FOR HEART ATTACK PATIENTS, YES OR NO? 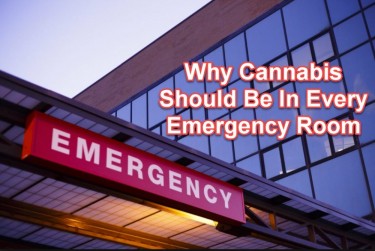 WHY CANNABIS SHOULD BE IN ANY EMERGENCY ROOM, READ THIS!