Can cannabis be detected at an autopsy?

The above question may not be what the average cannabis user wants to think about, but for some reason we are interested, and so will you if we delve into it together. An autopsy is only used when a person is officially declared dead. It’s usually done by a doctor, paramedic, or police inspector. An autopsy is an important step that is widely used in the forensic and medical worlds to determine a wide variety of things, including any factors that could have played a role in an individual’s death. An autopsy looks for a variety of substances, but for this article we will limit the focus to marijuana. Can marijuana be detected during an autopsy? Read on to find out!

What does an autopsy do?

The first thing to note is that not all dead have an autopsy after being pronounced dead. This is because, for the most part, autopsies are done to determine the exact cause of death. It is also done to watch the effects of diseases on the body as they lead to death. During an autopsy, experts first determine how long a person has been dead, known as the post-mortem interval. There are several methods that can be used to achieve this including rigor mortis, insect activity, and a decomposition stage. The next step is for a pathologist to determine the cause of death through an autopsy, which may include removing and examining organs for signs of the cause of death, as well as examining the skin and muscles for physical injury. There are times when a microscopic examination of cells and tissues is required and the body is sewn back after the whole process is complete.

A recent study of cannabinoids post mortem showed that most toxicological reports usually do not include cannabis screening. However, there are scenarios where this is not the case. An example is the death of a driver who suspects the possibility of cannabis being the cause of the accident. Unfortunately, it is still difficult for a post-mortem THC test to determine the exact level of intoxication.

A major factor affecting this test is degradation. It is difficult to use high levels of THC to justify poisoning because the level of THC rises as the decomposition begins. Physiology is also another factor that affects the ability to use THC levels to test for post-death intoxication. The main reason is that each person has different variations that play a role in their physical and mental state of being. This makes it worrying for medical examiners to fully determine the cause, especially when it comes to legal issues.

Another limiting factor in requiring cannabis testing during post-mortem testing is a general agreement within the medical community that marijuana does not kill. The problem of cannabinoids also makes this less clear, as cannabinoids are not precisely defined in biological systems. This leads to reasons why cannabis tests are not readily queried in autopsy tests.

Despite the fact that it is uncommon for cannabis testing to be required for post mortem testing, it is still not impossible that it should be required. However, when such tests are ordered, they are time consuming and require extensive analysis if they are to be performed properly. Some of these tests can take days, weeks, and months to complete, although the experience of those performing the tests is important.

THC is an important cannabinoid of cannabis that is the main target when conducting cannabis tests. However, there is a special relationship between THC levels after death. A study by assistant toxicologist Andrea Tully shows that THC levels after death are unreliable for determining the cause of death. The study conducted by Tully characterized and compared the differences between THC levels in living and deceased people. Shortly after they died, blood was drawn from patients, which is in pristine form because there are fewer bacteria and other organisms that build up in the body after a person dies.

The presence of bacteria and other organisms in such blood samples will affect the reading of the content analysis for such samples. A comparison between blood drawn immediately after death and blood drawn afterwards shows that a breakdown would have taken place, which ultimately increases the THC level. The interpretation of this is that it is not safe to assume that the THC levels at the time of analysis were the effective THC levels during the period of death or the incident that resulted in death.

What increases THC levels after death?

It’s easy to tell that THC levels go up because of the decomposition, but there is much more involved in the process. THC is a lipophilic substance, which means that in the blood it can be easily broken down into different fats in the body. The storage of THC and its combination with such fatty tissues plays a major role in the level of the compound in the body. THC metabolites such as THC-COOH also linger in the body for extended periods of time, which further increases the unreliability of using THC level tests on the dead.

The need for a proper understanding of the prolonged residence of THC and its metabolites in the body is required if patients are to be tested for cannabinoids after death. Research by Lemos and colleagues comparing cannabinoid levels between drivers arrested for DUI offenses and deceased drivers produced a very telling discovery. The conclusion of the study was that there was no significant statistical difference between the concentrations of THC-OH and THC-COOH in the two groups. However, the THC concentration between the two groups is very different, although they cannot be fully proven.

As mentioned earlier, the role of physiology in the issue of THC levels in individuals cannot be underestimated. Because of this, the question should focus not only on whether THC can be detected, but also on what it means. THC levels can be determined at an autopsy, but the THC needs to be easily correlated to decomposition, so caution should be exercised if such testing has an impact on litigation. 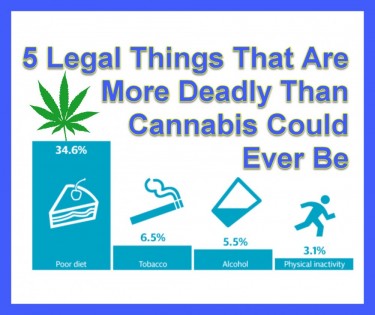