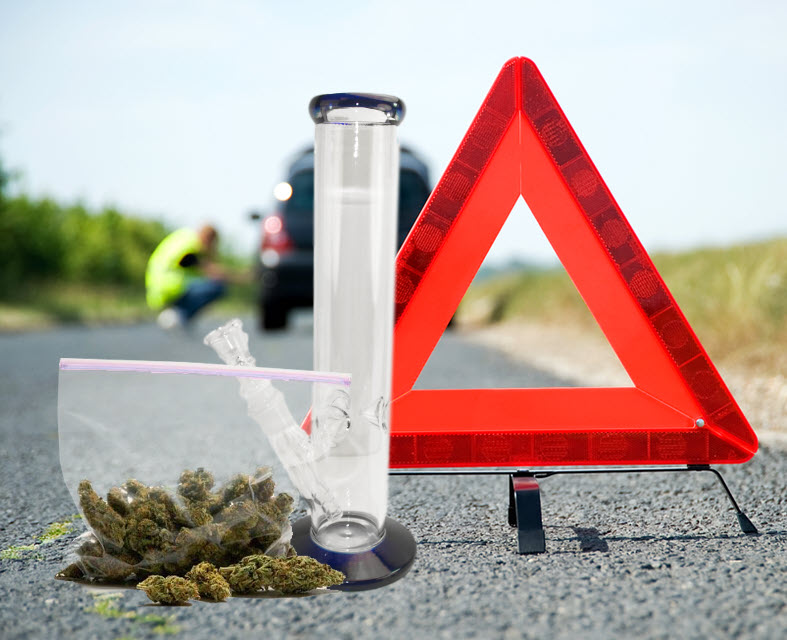 Marijuana prohibition is gradually fading in several states in America. Every election day, more states and localities are taking steps to regulate or even legalize the medical and recreational use of marijuana. The evolving legal status of marijuana use raises several concerns for some groups. Currently, several states have a “zero tolerance” policy, meaning if you have marijuana in your system, you could be charged with drunk driving. Still, cannabis skeptics are quick to blame the relaxation of cannabis laws for the constant number of traffic accidents. However, actuaries say cannabis legislation is far from the leading cause of traffic accidents.

According to recent research from the Canadian Institute of Actuaries (CIA) and the Casualty Actuarial Society (CAS), cannabis legalization is not associated with an increase in traffic accidents or accident severity. More accurate predictors of car accidents are periodic patterns of human activity (annual, weekly, and daily cycles) and adverse weather.

The report, titled “Assessing the Impact of Marijuana Decriminalization on Vehicle Accident Experience,” examined the impact of marijuana legalization and regulation on vehicle fatality rates, insurance claim incidence, or the average cost per claim in the United States and Canada found no statistically significant effects of decriminalization.

The actuarial associations state in a press release that the change in national law has not resulted in any significant changes in the trend and seasonal fluctuations in car accidents in Canada. Similar to the assumptions, there is no evidence from the estimated nationwide impact of legalization in the United States that an increase in traffic accidents or deaths is due to decriminalization.

The study found that while cannabis impairment has an impact on driving behavior, this behavior is not always dangerous. The study results were based on a review of the previous literature as well as a new data analysis. For example, a 2016 study found that cannabis users who were aware of the harm were more careful, drove slower, etc.

US and Canadian data from 2016 to 2019 were used to create the statistical models, including official records of personal vehicle accidents and damage in Canada, road fatalities, and weather-related factors in the United States.

These results agree in part with driving simulator data published in the June 2022 issue of the journal Traffic Injury Prevention, which showed that frequent cannabis users actually do better than occasional users.

Similar studies on the impact of cannabis reforms on traffic accidents

Previous studies in this last category have produced mixed results, the report claims. The actuarial report also documents seven of these studies and concludes that most of them found no adverse effects of marijuana decriminalization on vehicle accidents. The actuarial paper points out that these previous studies had some shortcomings.

The actuarial report also claimed that certain previous research had numerous shortcomings, such as focusing on a single topic or using a single statistical method. The paper notes that “several other publications examine the relative change without the overall impact,” citing a 2015 study that only looked at the number of drivers who came back positive for THC, rather than the number or severity of car accidents.

However, there are previous studies with conflicting results. For example, studies from 1993 to 2003 (the National Highway Traffic Safety Administration’s Fatality Analysis Reporting System) showed that drivers who tested positive for cannabis among the 5% of drivers aged 20 to 50 years were more likely to drive too fast, road signs drove recklessly and disregarded.

It’s also important to remember another study conducted by the Coalition for Cannabis Policy, Education, and Regulation (CPEAR) in July 2022 that found that legalizing cannabis did not result in an increase in the number of disabled drivers . Although the group stressed that additional studies and improved data collection were needed, the paper claims that a year after the legal industry was established, decriminalization had either no effect or a decrease in drunk driving (DUI).

The actuaries developed a systematic method for assessing similar patterns of future developments, such as the decriminalization of other drugs or the adaptation of self-driving car models, and also offered new insights into the impact of marijuana decriminalization on the experience of car accidents and possible implications for the insurance industry.

First, they advised that authorities should establish appropriate controls to monitor and accurately quantify the impact of cannabis regulation in legal states for medical and adult use.

If quality series of sufficient length are presented for both periods, the actuaries explained that the control could be from the same region (before and after decriminalization) or comparable regions for relatable comparisons.

Finally, collect information on the number, type and severity of traffic accidents. For accuracy, it is also necessary to have details about potentially confusing circumstances such as the weather, time of day and week, age of the motorist and gender. Use statistical methods to estimate the impact of marijuana legalization while accounting for confounding variables.

The author of the report, Dr. Vyacheslav Lyubchich explained how extensive this investigation was. “This study used a variety of data science tools, including machine learning, enhanced statistical models, and other methods. To account for the influence of weather conditions, the models used increased weather data.

Unfortunately, media coverage and anti-cannabis groups downplay the role of these other factors to criticize cannabis legalization and regulation. Rather than blaming increasing medical and cannabis use, regulators can use the methods recommended above to track down cannabis-related accidents as more states continue to implement their cannabis laws. In addition, there should be regular awareness campaigns to warn drivers of road hazards and distractions.