Alabama turns 36th state to legalize medical marijuana, and no, this is not a joke, Alabama.

There was an era in American history called the “Gold Rush”. It was a time of great industrial development, and today there is another onslaught. It is the “cannabis rush,” a reality that has resulted in many states legalizing cannabis as they uncover its numerous benefits, positive effects, and benefits.

As of Monday, May 17, 2021, Alabama became the 36th state to legalize cannabis. Governor Kay Ivey signed the state’s medical cannabis law. Legalizing cannabis in any state is always a collaborative effort between the state legislature and the executive branch. For this reason, Governor thanked Senator Tim Melson and Rep. Mike Ball for years of campaigning for the cannabis cause.

The governor recognizes that cannabis research has advanced and it is important to consistently find ways to ensure that the state conducts responsible and safe cannabis operations.

The bill was passed and passed by 68-34 votes by Alabama lawmakers. This makes marijuana legal for the medical treatment of 10 different conditions and a doctor must sign that the patient is qualified for the marijuana treatment.

Support for the marijuana law increased in 2021, making it one of the few laws passed with bipartisan support on a two-for-one basis. The willingness of Alabama lawmakers to encourage residents to try medical marijuana for their health shows the extent of the progress cannabis has made in the American states.

Alabama officials have also said it will take more than a year for medical marijuana products to become available in the state. They seek a domestic cannabis system that ensures a free but regulated flow of cannabis within the state.

This new bill also enabled the creation of the Alabama Medical Cannabis Commission, which will oversee how marijuana is grown and used in the state to avoid the propensity for abuse. The commission will also ensure Alabama residents abide by the tenants of the bill that bans cannabis foods like cookies and candy.

The commission also has the task of granting licenses to industries and individuals who grow, process, transport, test and sell cannabis. They will also ensure the issuing of approvals for testing laboratories and pharmacies.

A focus on patients

With the Legalization Act now in place, patients in Alabama with several “approved” conditions, including epilepsy, cancer, Tourette’s syndrome, and Parkinson’s disease, can receive cannabis for treatment.

Although the medical aspect is still very delicate, the state of Alabama has pledged its support to continue studying cannabis and see how it benefits its medical community. The Alabama governor and leadership are also interested in knowing how cannabis can help treat chronic diseases.

They also want to know how cannabis can improve people’s quality of life, especially in their final days. Nationally approved cannabis for legalization due to the potential of marijuana needs to fuel multiple sectors that span the health, wellness, skin care, and leisure industries.

The state also passed various patient and operator protection measures that protect them from criminal and civil sanctions. In some states where cannabis is legalized, some people are still grappling with the stigma of using weeds and others are still being arrested.

However, Alabama has ensured the protection of minorities who will use cannabis under this new law. At the same time, patients are no longer denied organ transplants or medical care because of their cannabis use.

Alabama employers can no longer ban cannabis use in the workplace and stop drug testing before employment.

Alabama cannabis laws are so extensive and varied that minors under the age of 19 require a caregiver and are not allowed to use cannabis medications above 3 in THC concentrations.

Alabama cannabis operators now have the option to obtain a license under the new law. The licenses that are issued contain permission for:

The state of Alabama also re-established that each holder of a pharmacy license can have up to three locations in multiple countries. In contrast, the state is considering adding additional licenses at the patient’s request.

Alabama lawmakers also required the approval of licenses for up to five integrated facilities to enable vertical integration. License holders now have the authority to open up to five locations in different countries and grant additional permits if the cannabis market so requires.

Alabama passed other clauses related to staying in cannabis and surgery, with social justice included in the new bill. The Social Justice Act has a section that states that a quarter or a fifth of permits must be granted to organizations owned by at least 51% of African American, Hispanic, Native American, and Asians (depending on the type of license obtained) ).

The move to include these ethnic minority groups is in line with the governor’s desire for a more inclusive and diversified cannabis market. The history of cannabis in most states is full of stories that result in the victimization of minority races in America. Alabama is striving to ensure legalization is legal in order to avoid false targeting of minorities and to ensure a level playing field for all minorities.

The governor also called for all cannabis marketplaces to be in place by September 2022. The application process for all companies and patients should also begin at the same time.

The state of Alabama has come a long way in legalizing cannabis, which is why the governor described it as a “sensitive and emotional problem”. However, they eventually came together with partisanship to make cannabis legal as they observed the medicinal benefits to patients. 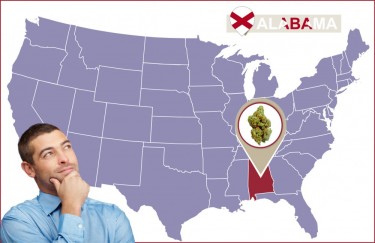 IF ALABAMA VOTES AGAIN ON MEDICAL MARIJUANA, ISN’T IT GAME?