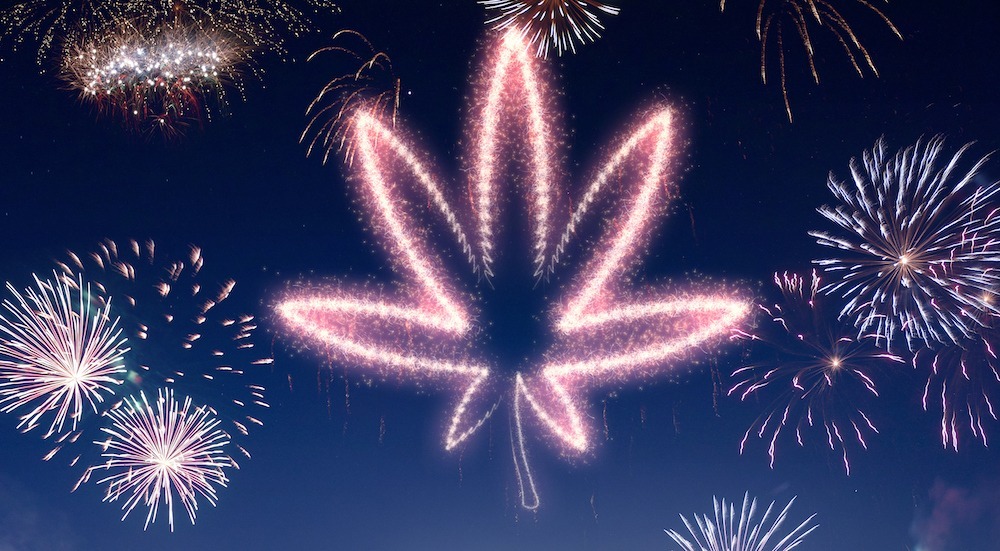 What Were Some of the Top Cannabis Stories of 2022? It’s been a big year for the legalization effort, but full-scale implementations are still needed. While Germany tried to legalize cannabis, this did not happen in 2022.

Likewise, despite the belief that Biden and the Democrats would legalize cannabis, or at least enact some cannabis banking regulations, nothing came of it.

Canada proved in 2022 that it is not the country to follow. Whether in leadership or the legalization of cannabis. Any country headed by the British Crown must reconsider its priorities, as we saw in Bermuda, where the short-lived British Prime Minister blocked a legalization effort.

Despite the bad news, this year we’ve seen promising studies suggesting CBD may help fight COVID-19. You’d think every news channel would broadcast this information 24/7. But unfortunately, you can’t patent CBD and make $40 on every shot like Pfizer did with its mRNA gene therapy vaccine.

Overall, 2022 could have been a better year for cannabis. Here are some of the best cannabis stories of 2022 that we’re happy to share.

Germany is currently ruled by a centre-left coalition that is adamant about legalizing cannabis. Chancellor Olaf Scholz visited America’s rule of law states for inspiration (when he and Trudeau visited Canada, they didn’t talk about the legal industry).

Details of Germany’s plan were released earlier this year, with talk of legalizing the purchase and possession of up to 20 grams of cannabis and allowing Germans to grow two plants per household.

Unlike the Canadian legal system, the German legalization plan would allow cannabis shops that double as consumption centers, such as a “coffee shop” in Amsterdam.

The Crown has said no to legal cannabis in 2022

Bermuda is a North Atlantic archipelago made up of 181 islands. They are technically a British Overseas Territory but have elections and make their own laws. The UK could technically interfere in its politics, but this rarely happens.

The UK cited international clauses preventing the legalization of cannabis. But that didn’t stop Canada from legalizing (although Britain could have intervened as Canada is a Commonwealth nation).

The silver lining is that this unprecedented intervention in Bermuda’s affairs could propel the country toward independence.

“If Her Majesty’s representative in Bermuda does not agree to something that has been lawfully and lawfully passed under this local government, it will destroy the relationship that we have had with the UK,” said Bermuda Premier David Burt.

President-elect Joe Biden made headlines this year by announcing federal pardons for cannabis. The problem, of course, is that no one is currently incarcerated in a federal prison for simple possession of cannabis.

The White House says it will help 6,500 people, but they haven’t deleted any records or released anyone from prison.

Biden’s announcement was perfunctory and more for optics than support for the hundreds of thousands of young black men in prison for simply “trading” a non-toxic, natural herb.

Like any other president, Biden has no problem using executive orders to undermine the traditional separation of powers. He could legalize cannabis tomorrow. But he doesn’t because he’s a corporate shill.

Speaking of abuse of power, Health Canada wants to end medicinal cannabis in Canada. Although they’re officially in “poll” mode, recording responses to form an opinion, their direction is obvious.

“I know for a fact that Health Canada and their attorneys have been preparing for years to argue that there is no need for a standalone medical program now,” Ted Smith told CLN in November.

Medical cannabis patients have been fighting for their rights since the 1990s. And the Canadian government has fought them at every step. From trying to deny them the ability to grow their own (and only buy from big companies) to the current suggestion that medical reimbursements are unnecessary.

Health Canada wants you to believe that the 10mg THC limit is appropriate in the recovery regime for medical patients (some require 100mg+ per day).

In other words, 2022 continued the trend of Health Canada bureaucrats treating healthy adults like children and ignoring (or refusing) the pleas of actual medical patients.

With medical cannabis treatment inimical to the well-being of patients, many have taken matters into their own hands.

Whether it is the government that is harassing the Victoria Cannabis Buyers Club. Or the police arresting Neil Magnuson for doing something productive to fight the opioid crisis (as opposed to the platitudes and empty soundbytes of politicians and “public health”).

While both of these events were local to Canada’s cannabis community, the Freedom Convoy was not. But either way, 2022 proved to the world that Canada does not tolerate dissent.

If you’ve been harassed by the government for daring to supply high-quality cannabis to opioid addicts and medical patients (or had your bank account frozen for simply donating to a peaceful protest), then you know how truly fascist Canada is under Justin Trudeau has become.

Not everything related to cannabis was bad news in 2022. More American states legalized cannabis during the midterms. But ultimately, the best cannabis story to emerge from 2022 was the connection between CBD and COVID.

They found that CBD appeared to have a protective effect against COVID. When they introduced the virus into human lung cells full of CBD, they couldn’t get it to take hold and replicate.

Research supported these findings with both human patients and controlled studies in mice. Despite this, researchers warn that CBD is not a substitute for masking or vaccination.

But vaccines don’t stop the infection or the spread. And we know that masking has no scientific basis whatsoever. This leads to just one conclusion: If authorities are serious about fighting COVID-19 in 2023, they will mandate CBD supplements like they did with mRNA gene therapy.

It’s hard to say what 2023 will bring for cannabis. But after analyzing the cannabis stories/events of 2022, there are few things we can expect for 2023.

If the US medium term is any indication, Democrats will continue to dangle the cannabis legalization/bank reform carrot like they did with student loan forgiveness. Promise the world but don’t deliver.

Health Canada will likely continue to harass Canada’s medicinal cannabis community. But if the past is any indication, this community will not take it.

Countries like Germany are expected to see cannabis legalization in 2023. But how they decide to deal with European regulations and international narcotics law remains to be seen. Germany could take an isolationist approach and keep its cannabis industry 100% domestic and shielded from global markets.

As for COVID-19, the rest of the world has moved on except for China and Canada. Even as clinical studies continue to solidify CBD’s role in fighting this virus, it’s unlikely to make headlines since, as noted, Pfizer, Moderna, and Johnson & Johnson don’t make billions patenting and selling a natural herb can.