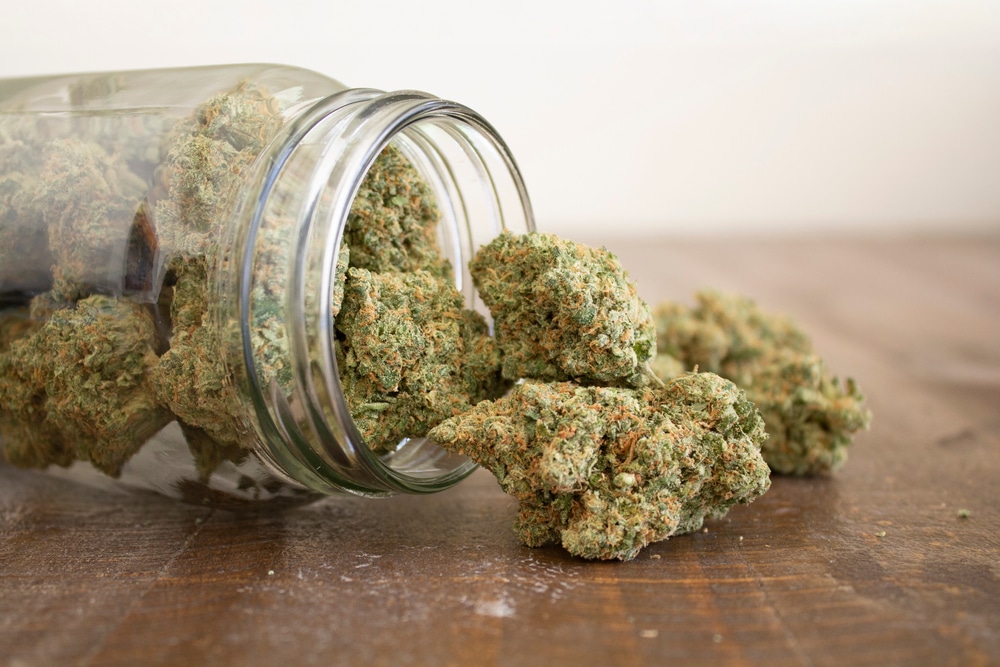 The New Hampshire legislature is preparing legislation to legalize it

New Hampshire Public Radio reports that “leading Republicans and Democrats in the New Hampshire House of Representatives are joining forces to introduce a bill to legalize the possession and retail sale of marijuana in New Hampshire.”

The GOP controls the lower chamber, and top Republican House Majority Leader Jason Osborne will work with House Democratic Leader Matt Wilhelm to ensure the so-called “Live Free or Die State” actually lives up to its motto will.

Osborne and Wilhelm hope that this time their colleagues in the Senate, which is also controlled by Republicans, will step in.

The state House of Representatives approved a bill that would have legalized cannabis in April, but the measure was subsequently defeated in the state Senate.

“The House of Representatives has long been united in finding a way to accomplish this for Granite Staters,” Osborne said, as quoted by New Hampshire Public Radio. “With any luck, the Senate will support the will of the vast majority of New Hampshire citizens.”

Wilhelm reiterated this, saying that legalizing adult possession of small amounts of cannabis is the right thing for New Hampshire and we need to do it in 2023.”

As the Concord Monitor noted, New Hampshire stands as an outlier in the region with its status as “the lonely New England state that has yet to legalize marijuana.”

According to the outlet, the bill, which has yet to be formally introduced, would “allow adults over the age of 21 to possess up to four ounces of cannabis, protect cultivation both at home and through state-licensed private locations, and allow for retail distribution and.” Establishment of a government regulatory and licensing agency.”

“This proposal to legalize adult-use cannabis in New Hampshire brings together diverse impartial perspectives. This bill brings a solution to pay off our pension debt, reduce property taxes, provide additional resources for law enforcement, and limit underage access to cannabis,” Osborne said in a statement, as quoted by the Concord Monitor.

Osborne and Wilhelm will have other potential obstacles besides the State Senate if they are to push through legalization.

Republican Gov. Chris Sununu, who was elected to a fourth term in last month’s election, has long opposed cannabis legalization, which he says could exacerbate the existing fentanyl abuse crisis.

“I’ve always said now is not the right time. Each state does it differently. I’ve always wanted to see what works and what doesn’t,” Sununu said in a gubernatorial debate this fall, as quoted by the Concord Monitor. “There may be a way, but given that we’re facing an opioid crisis, as we still don’t know what’s working with other states, it could be inevitable, I understand, but you have to be patient with how you’re doing it and the steps best for New Hampshire.

Proponents like Osborne and Wilhelm claim that the state is falling behind in an era of legalization and that prohibition continues to disproportionately affect people of color.

New Hampshire Public Radio, citing data from the American Civil Liberties Union, reported that “in New Hampshire alone, 1,120 people were charged with marijuana possession in 2021,” with the data suggesting that “Black people are far more likely to face marijuana charges.” arrested as white, even though both groups use cannabis in comparable amounts.”