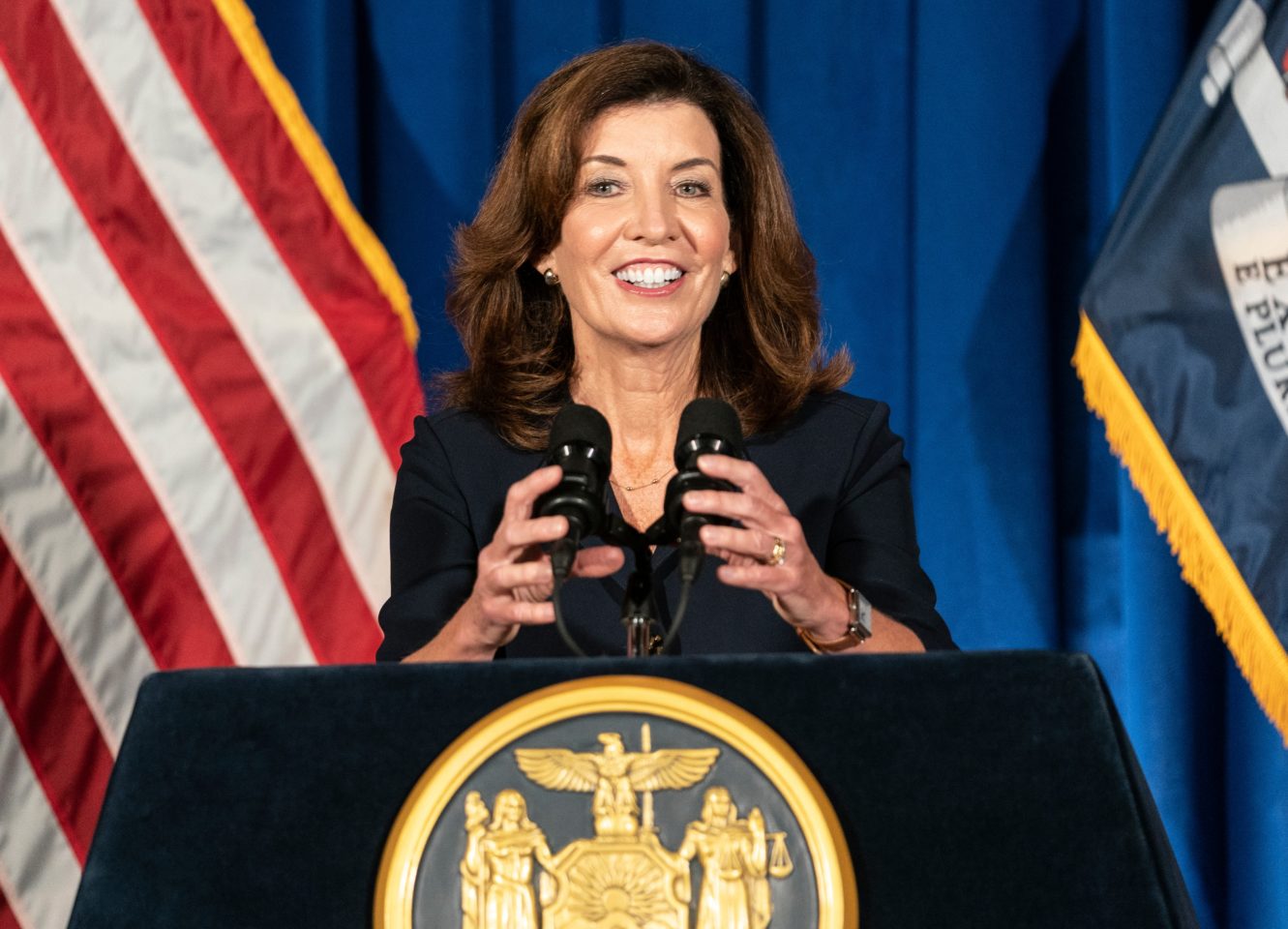 New York Gov. Kathy Hochul announced Wednesday that regulated sales of recreational marijuana will begin next week with the opening of a licensed retail store in Manhattan. The dispensary, operated by Housing Works, the nation’s largest minority-controlled HIV/AIDS charity and largest community-based HIV/AIDS charity, will open on April 29.

“We charted a course just nine months ago to put the adult cannabis market in New York on the right foot by prioritizing equity, and now we are delivering on that goal,” Hochul said in a statement from the governor’s office. “The industry will continue to grow from here, creating inclusive opportunities in every corner of New York State, with proceeds going to our schools and revitalizing communities.”

The dispensary’s opening fulfills a promise to begin retail sales of recreational marijuana in the state before the end of the year. New York state legislatures legalized adult-use cannabis last year with the passage of the Marijuana Regulation and Taxation Act (MRTA), signed into law by former Gov. Andrew Cuomo on March 31, 2021. The launch also marks a milestone for Hochul’s Seeding Opportunity Initiative, which it announced in March to lead the adoption of the regulated cannabis industry in New York.

The initiative was designed to meet the goals of the MRTA, “by building an adult-use cannabis industry that offsets the harms resulting from the disproportionate effects of cannabis prohibition.” Under the plan, 280 family growers were licensed to grow cannabis to provide safe, lab-tested products for New York’s regulated recreational marijuana economy.

The Seeding Opportunity Initiative has also reserved the first 150 Conditional Adult-Use Retail Dispensary (CAURD) licenses for individuals with prior marijuana-related convictions and nonprofit groups serving those harmed by the prohibition. The State Office of Cannabis Management (OCM) issued the first 36 licenses to 28 individuals and 8 non-profit groups last month.

Additionally, to qualify for a CAURD license, nonprofits must have at least one board member dealing with the judiciary and provide career opportunities for those convicted of a marijuana-related offense. Housing Works has served New Yorkers involved in the justice community through direct service and advocacy initiatives since its inception in 1990. The group’s Justice Initiative tailors the nonprofit’s services to the needs of formerly incarcerated individuals, including those with marijuana convictions.

“I’m pleased that a nonprofit organization like Housing Works will lead the way in its support for ex-convicts in the sale,” said Tremaine Wright, chair of the New York Cannabis Control Board, the state’s cannabis regulatory agency. “Launching sales through the Seeding Opportunity Initiative is just the beginning of the robust ecosystem we are building – the fair and inclusive marketplace will grow from here, with ongoing support to ensure licensees are able to break through barriers and overcome these build a new industry.”

The Housing Works Cannabis Co. dispensary storefront is located at 750 Broadway in the Astor Place neighborhood of the East Village. Known as 1 Astor Place, the iconic building spans 4,400 square feet and was completed in 1883. The new store will welcome customers with an introductory shopping experience when the dispensary opens next week, and there are plans to build an expanded space as cannabis products become more available. All proceeds from pharmacy sales are passed on to the parent organization Housing Works.

“New York continues to be bold with its novel approach to implementing adult use,” Vicente wrote in an email to High Times. “Enabling Housing Works to mark the historic first legal cannabis sale in New York is a stroke of genius that meets the state’s goal of opening adult access before 2023 and upholds its commitment to empowering businesses with social justice.”