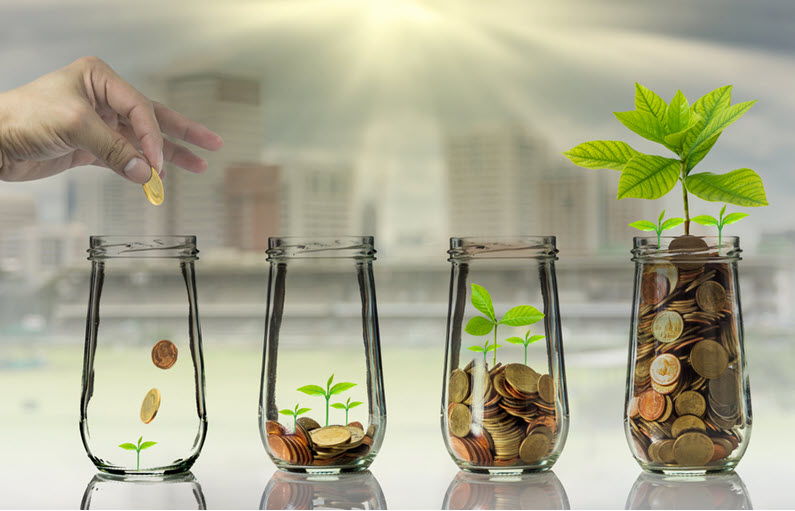 While it may seem unusual, several cannabis companies have started offering marijuana seeds as part of their product line. However, there is a reason for this decision. Many cannabis companies have observed that people who grow their vegetables also buy fresh produce from a grocery store or farmer’s market. As such, they believe that being able to give customers the ability to cultivate their plants will encourage them to buy more cannabis from the company.

According to Carl Giannone, co-founder of Trade Roots, a cannabis company based in Wareham, Massachusetts, “Most people who have a backyard garden in the warmer months tend to grow tomatoes but still buy them from a store.” He explained that the company believes that allowing customers to grow their cannabis plants will only increase their desire to continue shopping from them.

Today, many companies are venturing into the cannabis seed selling market as federal policies change. While some companies see this as a profitable opportunity, others do so to strengthen their brand and share their genetics. Berner, the co-founder and CEO of renowned international marijuana brand Cookies, recently announced at the MJBizCon conference that his company would begin selling seeds for personal cultivation.

The day after Thanksgiving, Cookies debuted their seed bank on Black Friday. Berner reported in an email to MJBizDaily that the launch was a success and “broke some internal records.” He added that demand for seeds is strong and sees this as the next level for cannabis enthusiasts. Berner wants to empower people to learn more about the plant and educate themselves about cultivation.

The cannabis seed market has seen a boom of late thanks to the US Drug Enforcement Administration clarifying that it is legal to sell and distribute cannabis seeds across the country. According to Ryan Douglas, a Florida-based cannabis cultivation consultant, in an email to MJBizDaily, this move has cleared a previous regulatory ambiguity, and savvy, legal cannabis companies are capitalizing on this opportunity.

According to Douglas, the key to success in the cannabis seed market is effective marketing. He sees it as an opportunity for companies with well-known and reputable brands that consumers already associate with rare strains or high-quality cannabis to establish a profitable business model. Having exceptional cannabis genetics is no use if no one knows of their existence, he said.

Douglas points out that cannabis seeds can fetch a high price in the market, with sellers charging anywhere from $5 to $20 per seed. He also notes that one can expect thousands of viable seeds from a well-pollinated plant. This is quite different from traditional gardening, where a seed of 20 cents is considered expensive.

According to Douglas, given the high demand for desirable genetics and the large number of seeds that can be produced in a small grow space, seed production can be an excellent addition to any cannabis cultivation business. However, he also emphasizes that seed production is not as efficient as asexual vegetative plant propagation, in which nurseries sell clones to breeders. This is because planting a hundred seeds of the same strain can result in different phenotypes and inconsistent genetic results.

In December, High Tide, a Canadian cannabis retailer, announced that they would begin selling marijuana seeds in the United States. This announcement follows the DEA’s statement that seeds fall within the legal definition of hemp containing less than 0.3% THC. High Tide’s CEO, Raj Grover, stated that their target customer for seeds is the 19-35 age group.

However, it is important to note that under federal law, these seeds may be sold in the United States for novelty purposes only and not for germination.

“Seed sales are a fresh and exciting addition to our business,” said Grover, CEO of High Tide. He added that the company’s goal is to expand and strengthen its integrated value chain and provide customers with a complete cannabis experience. High Tide does not produce its seeds. It sources it from an authorized seed producer in the United States.

Grover agrees with Douglas that a recognizable brand and reliable genetics are key to making this move a success. “Just as our customers trust us for our consumer supplies and CBD products, we aim to earn their trust in the seed business,” he said. That is why they carefully select the most sought-after and reputable seed brands.

Grover explained that High Tide has no plans yet to expand its product line to include clones or young plants. Instead, they focus on items that seamlessly integrate with their existing system and infrastructure and align with their retail-centric strategy.

For Trade Roots and Giannone in Massachusetts, the main goal is to sell seeds in their store that match the strains they grow in their grow facility. This gives customers who have found a flower variety they like the opportunity to purchase the seed and try growing it at home. However, only some of the strains they grow are available in seed form.

Trade Roots employs breeders who work as growers to produce seeds that they sell. Your target audience for seeds are serious home growers or professional breeders who can take the seed and cross it to create a new hybrid strain. The packaging of the seeds pays tribute to the breeder who developed the strain and allows consumers to identify the breeder.

Giannone explains that the profit margin on seeds is not significant, but seed bearing is her way of supporting cannabis growers. “The reason we sell seeds is to get breeders noticed and to educate consumers about what a strain is and the breeding process,” he added.

In summary, since federal policy has changed, selling cannabis seeds has become a more viable option for businesses. Companies like High Tide and Trade Roots see this as an opportunity to expand and strengthen their integrated value chain and provide consumers with a complete cannabis experience.

On the flip side, some companies see it as a profitable opportunity, while others see it as a way to build brand loyalty and share genetics. However, all companies agree that a solid brand and trusted genetics are essential to make this a successful move.