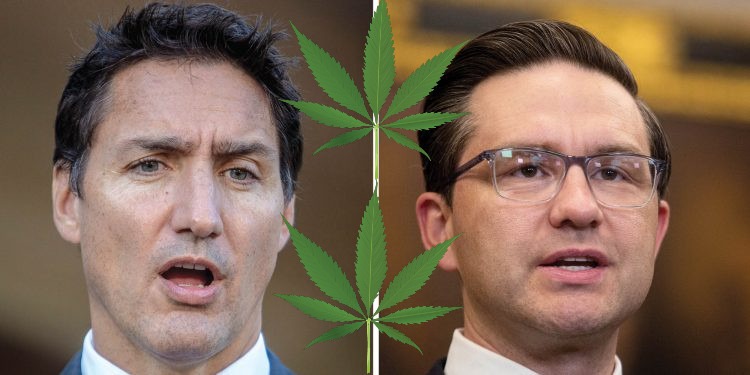 “The addiction policy is broken. We have to fix it,” Pierre Poilievre writes to critics who may have misinterpreted his previous YouTube video on addiction, treatment and recovery.

Poilievre’s addiction policy to end safe supply sites is about compassion. So he writes.

For a conservative, Pierre does a good job of making his case. Not foolproof. One would think he would demonstrate why his government would not pursue his proposed policies and safe supply locations. As opposed to having to choose one.

Since he does not address this false dichotomy in the editorial, it is unclear why he holds such a belief. One can only guess that it’s because he’s a Conservative First and Libertarian by Deputy.

When Pierre says he wants Canada to be the freest nation in the world, he means “positive” freedom. This goes against the conventional wisdom that associates conservatives with “negative” freedoms.

This latter “negative” freedom is freedom from government interference.

Positive freedom relates to something like empowerment. Factors outside of our traditional legal rules limit this type of freedom.

Public opinion places the Liberals and the NDP in the “positive” freedom camp. They believe equality levels the playing field so everyone can be successful regardless of their background.

Public opinion places conservatives in the “negative” freedom camp, where the state does not overly tax and regulate. So you have the freedom to pursue your interests.

Pierre Poilievre and most conservatives sound like they are talking about negative freedom. But as I will demonstrate with Pierre’s drug policy, he actually belongs to the positive freedom camp.

I have a theory about Canadian politics. Our democratic clown show mirrors the American one, with a slight delay. They voted for George W. Bush. We chose Stephen Harper.

They voted for Barack Obama and we voted Justin Trudeau. The timing is a bit off as Americans have already spent their time in right-wing populism.

And of course that’s just a funny theory. No iron rule. For example, Obama has never opposed Trump. But Pierre Poilievre will face Justin Trudeau.

And in many ways, Justin Trudeau is our Donald Trump. He’s a populist dumbass who cares more about looks and his ego than the people he appears to serve.

All you need to know is that he has been a politician since his twenties. He’s a career politician, and it shows. He thinks like one.

Poilievre sees the freedom of thought and expression in the education system under attack. It is a long-term structural problem that will only be solved when the state stops funding these facilities.

But what does Poilievre propose? Appoint a Tsar for Free Speech.

Poilievre sees inflation destroying our paychecks. Does he propose to abolish the responsible institution? After all, central banks are the creators of inflation.

But Canada’s “radical” populist sounds more like neoliberal Milton Friedman than libertarian anarchist Murray Rothbard. Poilievre wants to bring the bank back to a 2% inflation target so you only lose half your savings over 35 years.

Inflation is a hidden tax, but Poilievre politicizes it by calling it justinflation. A clever partisan attack that disguises how all parties have undermined the value of money. And has been for decades.

Why would Poilievre have an addiction policy? Why would he support a central bank and fund universities? It’s probably a practical solution.

Radical reforms are impossible as long as the administrative bureaucracy wags the tail of the hypocritical parliament. And the system enriches Poilievre as much as it enriches Trudeau and his cronies.

It can get a little crazy. Suppose vaccination certificates are an example of “positive” freedom, which is an argument people make. This means that this is a philosophy that sees the state demanding your papers as “freedom”.

For the Liberals and the NDP, this also means that addicts have access to treatment and a safe supply of drugs. The Conservative Party says essentially the same thing, minus the taxpayer-funded supply of Suboxone.

All parties support the Addiction Treatment and Recovery Society. They may differ in details, but the whole worldview is there. Remember that legalizing cannabis was all about “public health”.

So how does Poilievre’s addiction politics demonstrate this false left-right paradigm? By appealing to treatment and recovery.

The belief that the state should step in to improve your life. That the Vancouver tent city is Ottawa’s problem, meaning “our” problem, meaning there’s a bureaucratic solution and taxpayers’ obligation to ultimately pay for it at gunpoint.

If Pierre Poilievre’s addiction politics resembles his National Post editorial, we can spot and deconstruct some myths.

But that doesn’t mean that people with addiction problems are treated like criminals. Contrary to what my critics have implied, I have never advocated it. I’m an advocate of compassionate solutions that help people struggling with addiction to take back control of their lives.

The rehab industry doesn’t allow people to take back control of their lives. It refers to them as addicts with disorders and diseases.

The problem of addiction is not biological. It’s cultural and psychological. A drug can cause withdrawal symptoms, but it doesn’t force you to take it. You may have a strong preference for opioids, but a preference is all it is.

If drugs didn’t bring any benefit, people wouldn’t take them. The benefit may not be objective or even logical. But only when the benefits of abstinence (or moderation) outweigh the benefits of heavy use can a person change.

Therefore, all drugs should be legal.

Treatment centers can be worse than prisons. What exactly is Poilievre’s long-term strategy here? What kind of power will he create that someone like Justin Trudeau can use later?

Do you smoke weed and have anti-government views? Then you have an addiction and a mental disorder. Off to the treatment center for you!

What about organized crime?

Prison should be for violent repeat offenders and kingpins who benefit from these deadly and life-destroying substances.

No, jail should be for violent offenders and habitual property violators. No “drug kings” who have done nothing wrong except supply goods to people who will take them voluntarily.

Because of the ban, these groups naturally overlap. But imagine Breaking Bad if methamphetamine had been legal all along. How violent should Walter White have become?

Yes, it’s a fictional show that hasn’t aired in ten years. But it reveals something powerful about the illegal drug trade. And given that it was one of Stephen Harper’s favorite shows, and that Pierre was his lapdog throughout Harper’s reign, I’m willing to bet Polilevre saw it.

He probably bases his belief in drugs on that.

Addiction, as Alcoholics Anonymous put it, is an “insidious, bewildering, and powerful disease” that deprives individuals of the ability to make choices.

Alcoholics Anonymous is not without its fair criticism. And that definition of addiction doesn’t make sense. There are no involuntary behaviors beyond reflexes.

Addiction is not a disease. It’s not a brain disease. It doesn’t take away your ability to choose. That’s not my opinion. You can read about it here.

The behaviors associated with addiction are harmful to individuals, their families, and their communities.

Pierre, you are so close. Allow me to rephrase that for you: “The ideas that accompany addiction are harmful to individuals, their families and their communities.”

Pierre Poilievre is wrong about drugs. But so do the other guys.

Like the concepts of “positive” and “negative” freedom, people’s ideas have power. Not the inert substance. Not even the state-guaranteed right to this or that.

People’s subjective minds can overcome drug habits without treatment. We can take down our institutions in two weeks. It takes a lot of propaganda to make us feel small and powerless. And it only serves the interests of a few.

Isn’t it time to negate that control and take back our freedom?