Can someone please help me identify these flowers/leaves? (i have scoured the internet & all i can find that’s similar is cannabis leaves but i feel like that’s definitely *not* what they are considering the flowers? also they’re printed on a vintage wedding dish) from whatsthisplant

People have long used flowers and plants to decorate objects. From prints to carvings, flowers, leaves, trees have all found themselves illustrated or embedded in our art, furniture and even clothing. To a Reddit user on the What’s This Plant subreddit – they were trying to debunk a recent find of such a decoration on a vintage wedding plate they had in their possession.

Here is the request from Redditor;

Can someone please help me identify these flowers/leaves? (I’ve scoured the internet and all I can find similar are cannabis leaves, but I have a feeling that’s definitely *not* what they think the flowers are? Plus, they’re printed on a vintage wedding dish.

The image they are talking about is at the top of this article. Upon closer inspection, it’s undoubtedly cannabis leaves, splattered all over this vintage wedding plate.

The OP didn’t want to accept that what Google was telling them “cannabis leaves” was actually just that.

There used to be a lot of hemp farmers. Many things were made from hemp. Maybe that’s where the design came from, and it was still a fairly common crop.

The Redditor is absolutely right. Up until the moment Anslinger and his crew got the US government to make cannabis illegal, it was one of the most versatile and widely used crops in the US.

This suddenly sparked conversation about the rich history of hemp in the United States.

First, it was noted that cannabis and hemp were not made “illegal” until 1937. That’s not entirely true either. Hemp/cannabis didn’t officially go “illegal” until the war on drugs was declared in 1971. However, what they managed to do was make it “illegal” without a special stamp from the government.

The bill was called “The Marijuana Stamp Act of 1937,” which essentially said, “It is legal to grow and cultivate hemp and marijuana so long as you have a stamp to legally grow it…”

The moment the law was signed, all the stamps were placed in a vault, never to be released again. The problem was that Hitler was about to play some big plays in Europe and as a result hemp was called back into US service in the 1940s and 1950s. Farmers were ordered to grow hemp for the US war effort.

As one Redditor points out;

George HW Bush was saved by hemp rope in his parachute cords when his plane was shot down.

Which is also correct and was fished out of US records by cannabis activist “Jack Herer”. It turns out that without hemp, OG Bush might not have survived WWII. These hemp ropes and other goods became an essential part of war profits in the 1940s.

After the dust of war had settled, powers that be decided to hoard the stamps once more and wait until they could finally declare war on cannabis – making it illegal to sell, smoke, possess or, as Tommy Chong later found out, illegal made associated with her.

Fortunately, we are at a point today where we seem to be getting closer and closer to integrating cannabis into our society at large.

Wait – is it cannabis leaf on the plate or not?

Some people are convinced it is cannabis leaf, others are not so sure;

Could be cinquefoil or strawberry with oddly narrow leaves

[edit: I think that the historical context of hemp production and the possibility of this being a misrepresentation of the cannabis plant is really interesting and a valid possibility. Just from a plant identification perspective, the growth form and flowers depicted are more like cinquefoils than cannabis, although the narrowness and number of the leaflets is definitely off.]

I agree that it could represent that. However, they usually have 5 leaves. Cannabis mostly has 7. This has 9. 🙂 I think it was made by someone who didn’t have a specific plan in mind but used some forms they already had.

However, two other users chimed in and mentioned this;

But if a cannabis plant grows big enough, it can have 9

And if the plant is healthy enough, I’ve had 11 fingers – just needs good nutrition 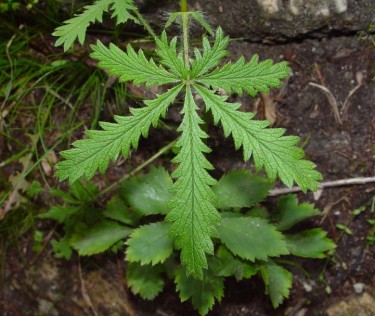 This is certainly a similar shape, but looking at the plate all I can see is a weed leaf.

Nonetheless, this was a great thread to learn about the basic history of hemp in America. As for the record, I’m not sure if it’s one or the other – it looks like a weed plant to me… but I could be wrong.

What do you think it is?

Ultimately, I think it’s important that we remember what has happened to cannabis over the centuries. In the US, we saw a plant that was once revered as the number one lucrative crop and the first “billion dollar crop” to be the most criminalized crop in over 50 years

All of this happened because a few greedy people wanted to wipe out any competition to advance their products and their plans and enrich themselves at our expense. It is important to remember this because if we forget, we are doomed to repeat our mistakes.

Let this record be a memory.

THE HISTORY OF HEMP IN AMERICA, READ THIS.. 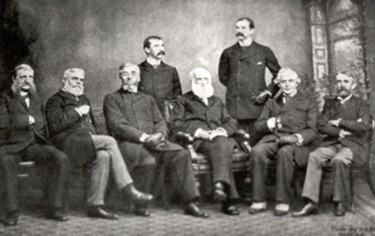 THIS HISTORY OF HEMP IN AMERICA AND HOW WE GET HERE TODAY!