Does medicinal cannabis work for meningitis?

Meningitis is a disease characterized by inflammation that occurs within the protective membranes of the brain. It’s caused by a viral or bacterial infection of the fluid around the brain and spinal cord, which causes swelling.

Bacterial meningitis can be extremely fatal if diagnosis and antibiotic treatment are delayed. The longer treatment is delayed, the more it can lead to permanent brain damage or even death. This condition has also been linked to other complications such as memory and hearing loss, learning disabilities (especially in children), kidney failure, gait problems and shock. According to the World Health Organization, untreated meningitis has a high mortality rate

Depending on the cause of the condition, treatment can vary, although it usually includes intravenous antibiotics, corticosteroids, bed rest, and medication for fever and body aches. However, due to the delicate nature of this condition, the use of other alternative medications, such as cannabis, can help prevent further complications.

The human endocannabinoid system is responsible for suppressing inflammation while enhancing neuroprotection and immune dilation. Although there are very few studies documenting the use of cannabis specifically for meningitis, there are other case studies that suggest cannabis may be a powerful anti-inflammatory, antibacterial, and antiviral agent for treating the symptoms of this condition.

However, there was a 2021 study conducted by University of Queensland researchers together with Botanix Pharmaceuticals Limited. They found that cannabidiol (CBD), the non-psychoactive compound in marijuana, was effective in treating many different types of bacteria. “This is the first time that CBD has been shown to kill some types of gram-negative bacteria. These bacteria have an extra outer membrane, an extra line of defense that makes it harder for antibiotics to penetrate,” explains Dr. Blaskovich, Associate Professor at the University of Queensland.

“Our company is now poised to commercialize viable antimicrobial treatments that we hope will reach more patients in the near future. This is a major breakthrough that the world needs right now,” he said. “These phase 2a clinical results are expected early this year and we hope this will pave the way for treatments for gonorrhea, meningitis and Legionnaires’ disease,” he adds.

Blaskovich has been involved in other similar studies and in 2019 presented the results of his analysis of CBD for treatment-resistant bacteria. “The first thing we looked at was CBD’s ability to kill bacteria,” says Blaskovich. “In any case, CBD had very similar efficacy to conventional antibiotics.” Together with his team, they investigated how CBD compares to conventional antibiotics such as daptomycin and vancomycin. “We looked at how quickly the CBD killed the bacteria. It’s pretty fast, within 3 hours, which is pretty good. Vancomycin kills over 6 to 8 hours.”

They also discovered that CBD effectively breaks down the biofilm around bacteria, making it harder for antibiotics to penetrate and thus kill them.

In another study, researchers from the University of Southern Denmark, led by Janne Kudsk Klitgaard, PhD, showed promising results of CBD treatment of antibiotic-resistant bacteria. For the study, they tested Staphylococcus aureus bacteria, a major pathogen that causes many types of diseases that lead to people being hospitalized. Researchers believe that combining CBD with antibiotics could be a novel treatment for infections, particularly in antibiotic-resistant cases. When the bacteria were given a combination of both, it turned out that they couldn’t divide normally.

Medical marijuana can also be used to relieve the painful and uncomfortable symptoms of meningitis. This is due to its powerful neuroprotective and anti-inflammatory properties of THC and CBD. Since meningitis affects the brain and spinal cord, these benefits are important as cannabis can help reduce the potential for further damage and save lives.

Pain: Patients with meningitis struggle with extreme pain due to inflammation in the membranes that surround the brain and spinal cord. The exact way it works to treat pain is unknown, although there are several hypotheses such as: B. the ability of cannabinoids to regulate our pain thresholds by acting on the nociceptors. It also reduces the production of cytokines to minimize the pain we feel while reducing inflammation, among other things.

Rashes: Some cases of meningitis are characterized by rashes, another symptom that cannabis can help with. CBD products can be applied topically to the affected area to treat itching and inflammation, although they can also be taken orally to treat inflammation from within.

Patients can also take cannabis to relieve depression and anxiety that often accompanies this condition. Given the high risk of death and serious brain damage that can occur with meningitis, it is in the best interests of patients and their families to maximize any available alternative medications that work well with conventional treatment.

CANNABIS AND BRAIN PROBLEMS, READ THIS… 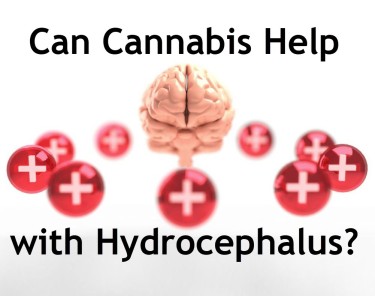 DOES CANNABIS HELP WITH HYDROCEPHALUS? READ THIS!